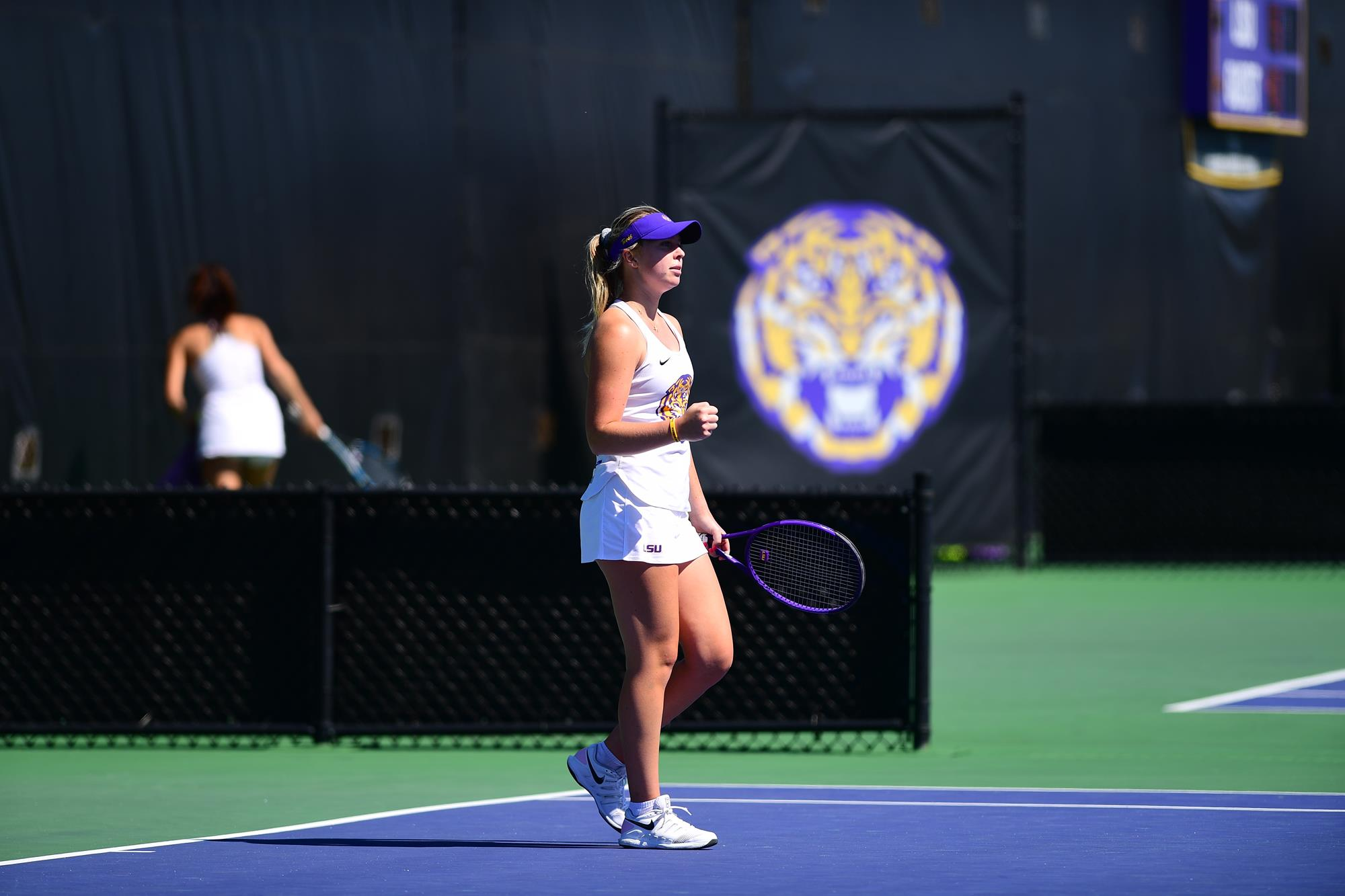 Baton Rouge, La. – The No. 19 LSU Women’s Tennis team ended the weekend with their first SEC sweep of the season when they defeated the Mississippi State Bulldogs by a score of 4-0 on Sunday afternoon at the LSU Tennis Complex.

With the win, LSU moves to 9-2 overall and 4-2 in SEC play, while Mississippi State falls to 9-5 on the season and 1-5 in conference play.

“Fantastic turnaround for this team from Friday’s defeat,” co-head coach Michael Sell said. “It’s never easy winning 4-0 in this conference, especially against a great team in Mississippi State. Our team challenged themselves with their aggressiveness in doubles and their relentless mentality in singles. Maggie (Cubitt) and Nina (Geissler) continue to be incredibly impressive, and Taylor (Bridges) had a big singles win today. We need to maximize the next couple of days to get healthy and keep progressing with our individual needs as we continue our season.”

The senior duo of Taylor Bridges and Paris Corley grabbed the first win of the afternoon at the No. 2 doubles, defeating Magda Adaloglou and Marta Falceto by a score of 6-3.

LSU clinched the doubles point at No. 3, where sophomore Maggie Cubitt and freshman Samantha Buyckx defeated Chloe Cirotte and Lilian Poling. The Tiger duo got off to a great start and took a commanding lead before the two Bulldogs were able to pull the score back, eventually extending the court to a tiebreaker to decide it. In the tiebreaker, LSU’s pair kept control on their way to a 7-4 win to win their court and give LSU a 1-0 lead in the match.

LSU took a 2-0 lead after Bridges won her third ranked match of the dual season in a straight set contest over No. 69 Emma Antonaki. Bridges began the match in firm control, dropping only one game in the first set on her way to a 6-1 win. In the second set, Bridges and Antonaki traded games to start out before Bridges broke away and won in a resounding 6-2 manor.

At No. 4, the lead was extended to 3-0 after Cubitt notched her fifth singles win of the season in straight sets over doubles-foe Poling. Cubitt dominated the first set, winning 6-2 before keeping her control of the match and repeating the 6-2 first set scoreline in the second to get the win.

Sophomore Nina Geissler clinched the match for LSU at the No. 5 with a win over Cirotte. After an even start to the first set, Geissler was able to pull away and win by a score of 6-3. The second set saw Geissler take an early lead and then hold off a late surge from Cirotte to win 6-4, claiming her team-high eighth singles win of the dual season and securing victory for the Purple & Gold.