No. 1 Beach Sweeps No. 19 Georgia State and HBU 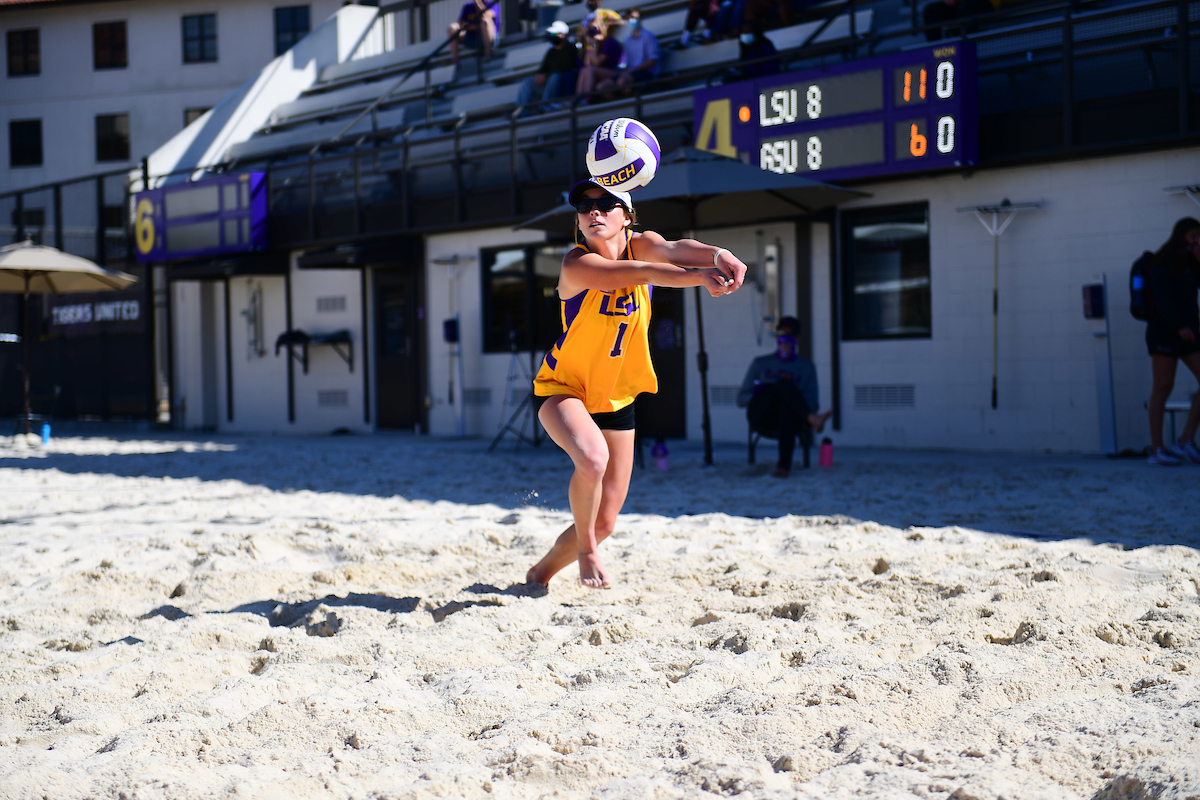 BATON ROUGE – On the final day of the Tiger Beach Challenge, No. 1 LSU swept both No. 19 Georgia State and Houston Baptist on evening after falling to No. 2 Florida State.

“I’m really impressed with our response,” said coach Russell Brock. “It’s tough to come back after a really emotional late evening and playing against teams that are really excited to play against you. Those teams are always high energy. The opportunity to compete and to create the energy that we knew they would bring it against us, I was really proud of how we responded.”

The Tigers won both matches convincingly today and will get ready for next weekend in Gulf Shores for UAB’s March to May which will include a rematches against Florida State and Georgia State.

“As we work our way through the week I think each individual pair and each individual player, we’ve got to rehash and refocus how we can get better. I think there is going to be a lot of work individually and with pairs to focus on some things that will help them be better in their matchups. Specifically, there are two rematches and we kind of know where we struggled. We’ll have a great opportunity to address some very specific things that will give us a chance.

“Another part of the equation is that it is going to be a different location, a different surface – it’s going to be faster and jumpier. We’ve got to recalibrate how we’ll play in that environment as well.”

LSU opened against No. 19 Georgia State and both Courts 4 and 5 needed three sets to get LSU started on the right foot. Jess Lansman and Sydney Moore won the first set on Court 4, 21-19, but fell in the second set, 21-17. They earned LSU’s first point in the third set, 16-14

Sophomore Lara Boos, playing in her first official action as a Tiger, teamed up with Olivia Ordonez on Court 5. They fell in a close first set, 21-18, and then took a dramatic set two, 26-24. In the deciding set Boos and Ordonez won, 15-10.

For the final match of the Tiger Beach Challenge, LSU took on HBU for the third time this season after the Tigers took the Huskies down in two matches last weekend.