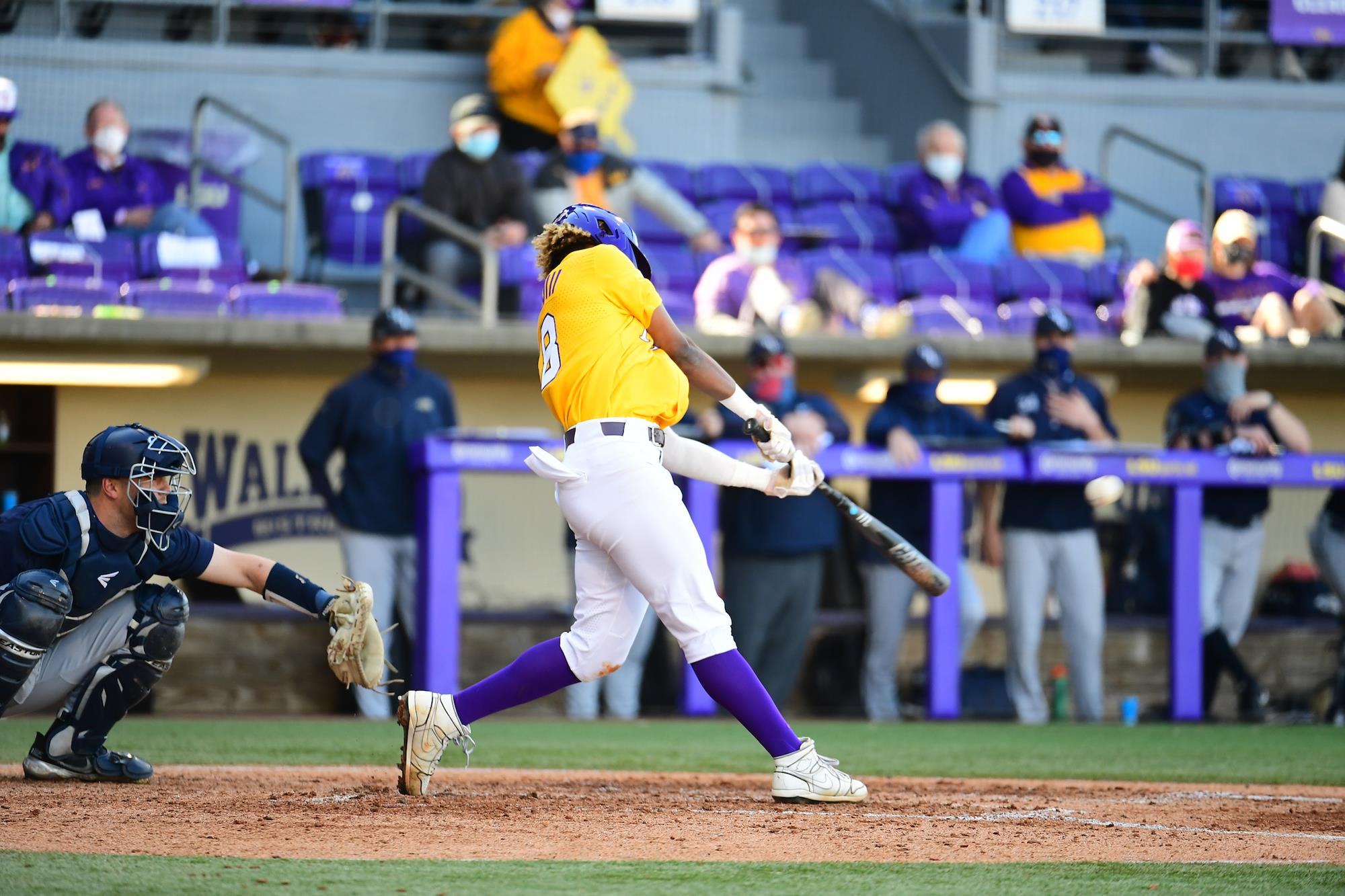 Oral Roberts improved to 4-7 this season, while LSU dropped to 9-3. The Tigers will play host to Texas Southern at 6:30 p.m. Tuesday in a game that may be viewed on SEC Network + and heard on affiliates of the LSU Sports Radio Network.

“The way the game was played was not all that surprising to me, because there was a stiff breeze blowing in from center field. I knew there weren’t going to be any home runs and that we would have to hit-and-run and gamble a bit to get guys into scoring position. When you have a 1-0 game, you’re kind of at the mercy of having good luck and hoping the other team doesn’t put good at-bats together, but Oral Roberts did that in the eighth, and it changed the entire game.”

With ORU trailing 1-0, third baseman Adam Oviedo lined a two-out single against LSU reliever Will Hellmers. Rightfielder Caleb Denny followed with a double down the right-field line that scored Oviedo, and Denny scored on the play after a pair of throwing errors by second baseman Zach Arnold and by Hellmers.

The Golden Eagles added a run in the ninth on an RBI single by second baseman Ryan Cash.

ORU closer Bradan Pierce earned his first save of the season by retiring LSU in order in the bottom of the ninth inning.

Hellmers (2-1) was charged with the loss after allowing two runs – one earned – on two hits with one strikeout in 0.2 inning.

ORU reliever Adam Scoggins (1-1) was credited with the win, as he worked 0.2 inning and recorded one walk and one strikeout.

LSU got on the board first with a run in the fourth inning. Arnold singled up the middle and advanced to second on a wild pitch by ORU starting pitcher Tanner Rogen. LSU third baseman Jordan Thompson followed with an RBI single to score Arnold.

LSU starting pitcher AJ Labas turned in an outstanding effort, firing six shutout innings with five hits, no walks and six strikeouts. Rogen worked the first six innings for the Golden Eagles, limiting the Tigers to one run on five hits with one walk and seven strikeouts.