Volleyball Suffers Sweep at No. 3 Kentucky 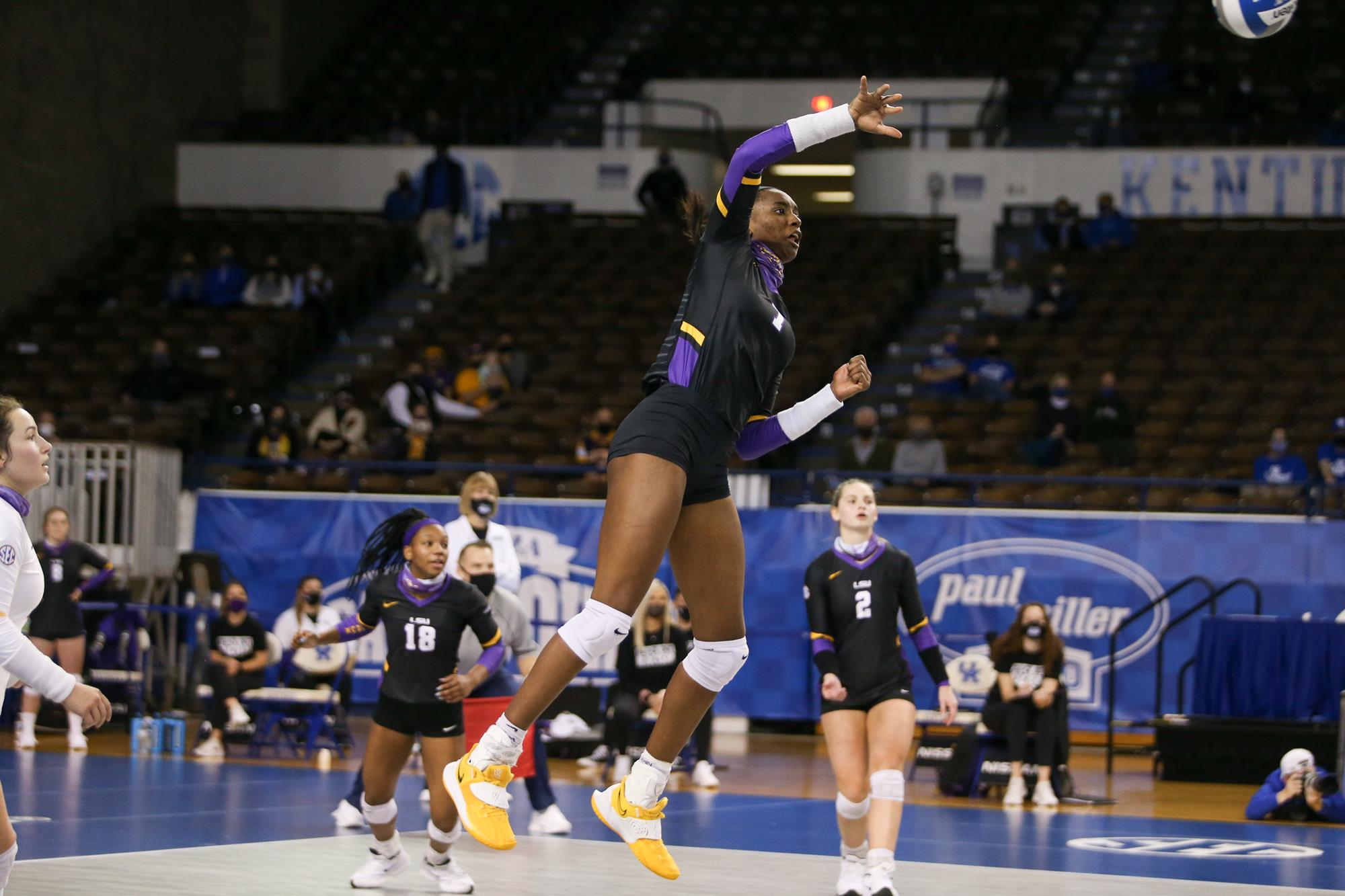 The Tigers will look to bounce back as they return to Baton Rouge on March 13 and 14 to take on the South Carolina Gamecocks in the PMAC. Both matches are set to begin at 1 p.m.

Taylor Bannister led the Tigers in kills, finishing with 14 for the match. Her performance was good enough to move her up to No. 4 on LSU’s all-time kills list, passing Detra Brown. Bannister now has 1,517 kills in her LSU career.

Kentucky outhit LSU for the match, finishing with a .387 hitting percentage as compared to the Tigers’ .149 percentage.