Softball Falls In Game One Against Texas 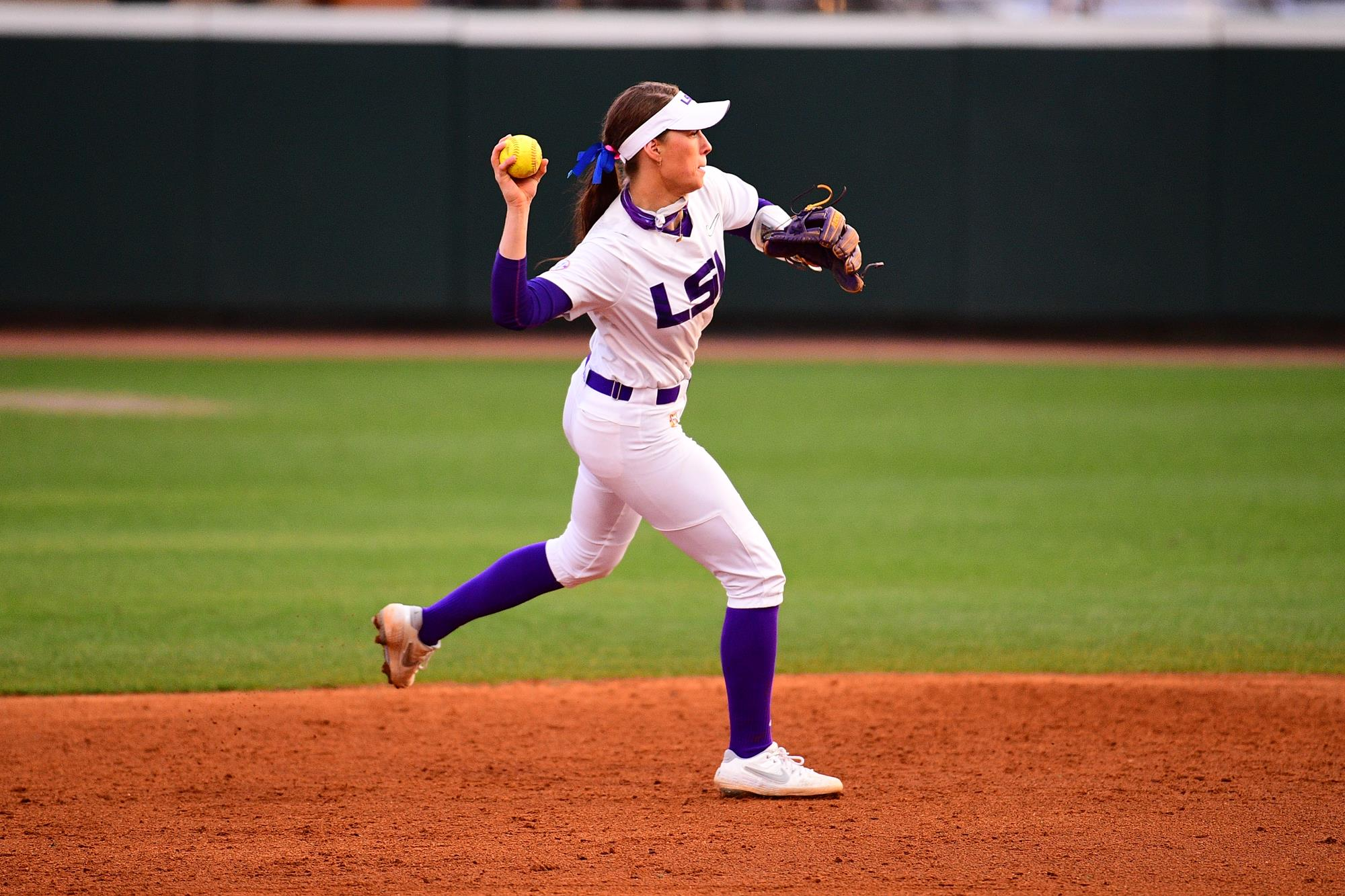 BATON ROUGE – After being halted due to rain Friday evening, the LSU Softball team came out Saturday to finish out game one of the series and fell 8-5 to No. 7 Texas.

After the Tigers got out of a little bit of a jam in the top of the first, Aliyah Andrews led off the bottom half of the inning with a triple to left center. Taylor Pleasants came up and knocked in Andrews on the first pitch, giving the Tigers a 1-0 lead.

The Tigers’ defense continued in the second inning as Texas was able to get runners to first and second but a double play by Pleasants help the Tigers get out of the inning.

Texas was able to punch a run across in the third as the Longhorns homered to centerfield, tying the game up at 1-1. The Longhorns tacked on three more runs off a double and sac fly to extend their lead to 4-1.

The Longhorns added another run in the top of the sixth as they homered to center field off Gorsuch. The Tigers made a change in the circle as Shelby Wickersham came in for Gorsuch.

The Tigers answered in the bottom of the sixth as Ciara Briggs had a bunt single with one out and came in on Taylor Tidwell’s home run to center. Ali Newland crushed a ball to left field for another dinger, cutting the Longhorn’s lead to 5-4. The Tigers kept the offense going as Andrews reached on and error and moved to third on a Pleasants single to right field. Amanda Doyle singled to center to score Andrews and tied the game up at 5-5.

Texas was able to draw two walks in the top of the seventh. The Tigers made a change in the circle, going to Ali Kilponen. But then the rain came.

The two teams came back to the field after the overnight delay in the top of the seventh with two Texas runners on first and second. Texas scored three runs to take a 8-5 lead. The Tigers went down in order in the seventh.

Wickersham took the loss for the Tigers, falling to 3-2 on the year. Tidwell and Pleasants each led the team with two hits, while Tidwell tallied two RBI.