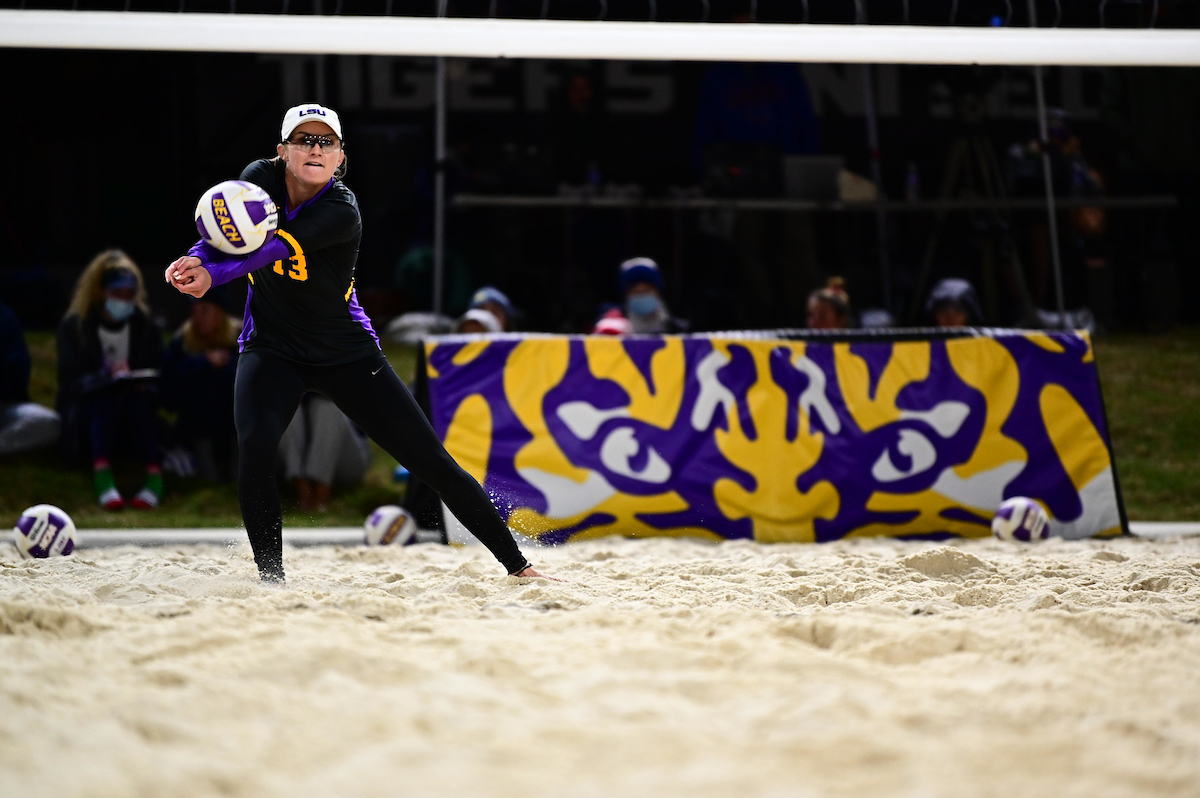 BATON ROUGE – In a battle between the nation’s two top ranked teams Saturday in LSU Beach Volleyball Stadium, No. 2 Florida State took down No. 1 LSU, 4-1. In the Tiger’s first match of the day, LSU swept No. 11 Florida Atlantic.

“This was a great test for us to know where we are,” said head coach Russell Brock. “You never want to lose, but if you’re going to, losing now (in week 2) is definitely the time to do it. We still have a great team and I know the team is excited, not about the loss, but about the perspective of how good we are and how good we’re going to be.

LSU is back in action Sunday at 1 p.m. vs. No. 19 Georgia State before wrapping up the Tiger Beach Challenge against Houston Baptist at 6 p.m. The matches will air on Cox Sports Television.

Claire Coppola and Kelli Greene-Agnew needed a third set. They won set one, 21-15, but fell in the second, 21-16. They responded by winning the third set, 15-12, to give the Tigers a sweep over FAU.

The premiere match of the weekend featured the nation’s top two teams in No. 1 LSU and No. 2 FSU. The Seminoles started strong and it was difficult for the Tigers to respond. On Court 5, York and Ordonez fell in straight sets, 21-15 and 21-18. Lansman and Moore also fell on Court 4 after battling, 21-19 and 21-17.