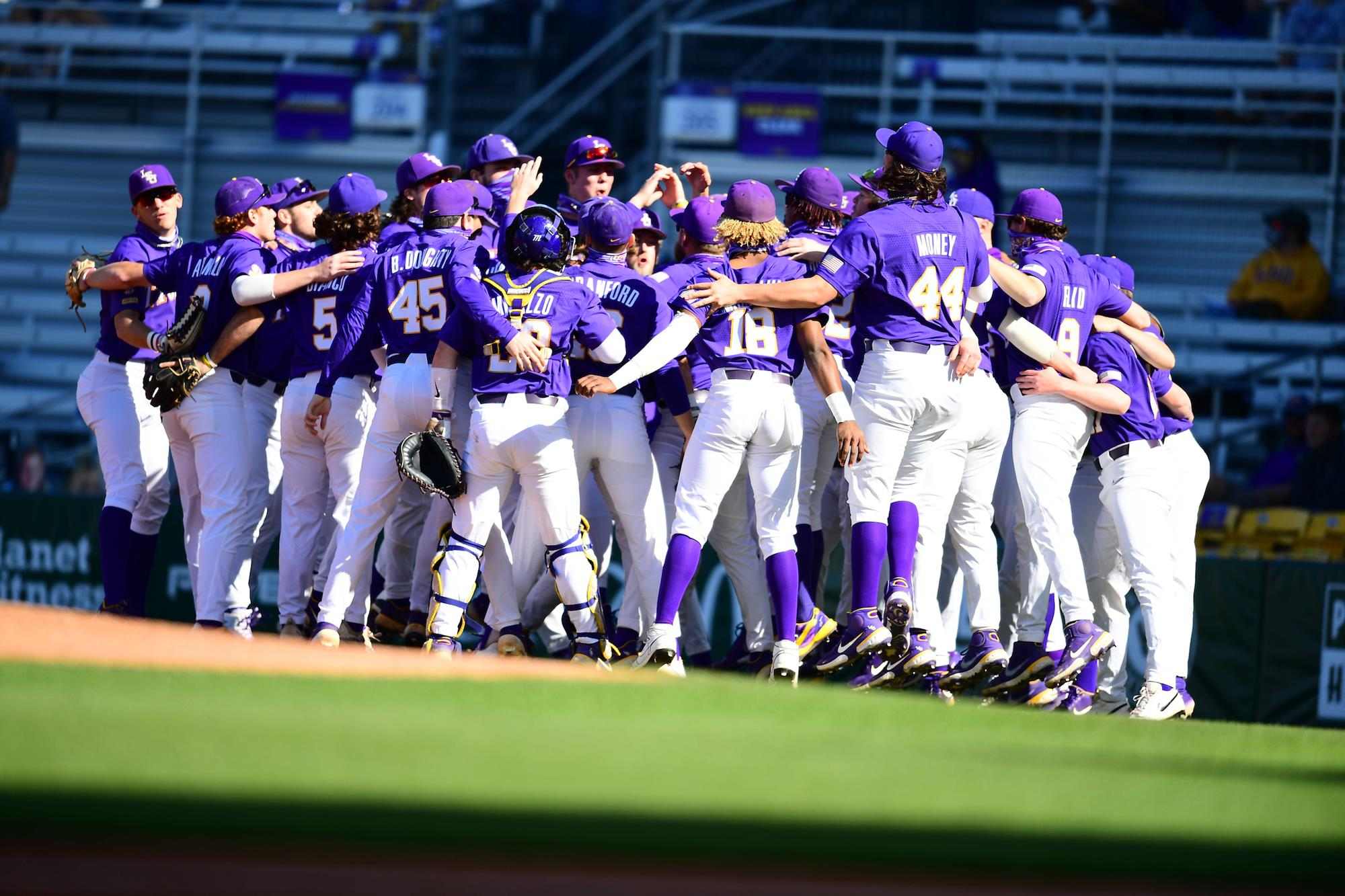 Marceaux received plenty of run support from the LSU lineup, which erupted for a seven-run fifth inning and collected 15 hits on the day.

LSU, which dropped Game 1 of the series to ORU on Friday, improved to 9-2 with Saturday’s victory while the Golden Eagles fell to 3-7.

LSU will face Oral Roberts in the Game 3 of the series Sunday at 2 p.m. CT in Alex Box Stadium, Skip Bertman Field. The game will be available to watch on SEC Network+, and it may be heard on affiliates of the LSU Sports Radio Network, including 98.1 FM in Baton Rouge.

“I’m just so proud of our guys today,” said LSU coach Paul Mainieri. “We got knocked on our backsides yesterday, we came back today and got a big win. If we can win this series this weekend after the loss yesterday, it will be something to be very proud of. Hopefully, we’ll come out tomorrow and get the job done.

Marceaux (2-0) turned in a brilliant outing, scattering six singles through six shutout frames, while recording no walks and seven strikeouts. Marceaux has not allowed an earned run in 17 innings this season.

“The effort of Landon Marceaux today was outstanding, and it shows you once again that pitching is everything,” Mainieri said. “He has just been tremendous — he was tremendous in fall practice, and he was tremendous last year when the season was stopped. He’s been terrific in his first three starts; he throw strikes, he mixes his pitches, he’s developed a great slider, and I think he’s one of the best pitchers in the SEC.”

ORU starting pitcher Isaac Coffey (1-1) was charged with the loss, as he surrendered eight runs – five earned – on eight hits in 4.1 innings with two walks and five strikeouts.

LSU grabbed a 1-0 lead in the second inning when second baseman Zach Arnold doubled and scored on an RBI single by third baseman Jordan Thompson.

The score remained 1-0 until the fifth when the Tigers exploded for seven runs to take a commanding 8-0 lead. The outburst was highlighted by  centerfielder Brody Drost’s RBI single, a two-run single by designated hitter Cade Beloso, an RBI single by leftfielder Gavin Dugas and shortstop Drew Bianco’s two-run single.

LSU added three runs in the sixth on a two-run double by Dugas and an RBI single by Arnold. Leftfielder Mitchell Sanford’s RBI single in the eighth inning accounted for the final margin.

LSU freshmen pitchers Ty Floyd and Javen Coleman combined to blank the Golden Eagles over the final three innings, allowing no hits with one walk and six strikeouts.