Volleyball Swept at No. 3 Kentucky 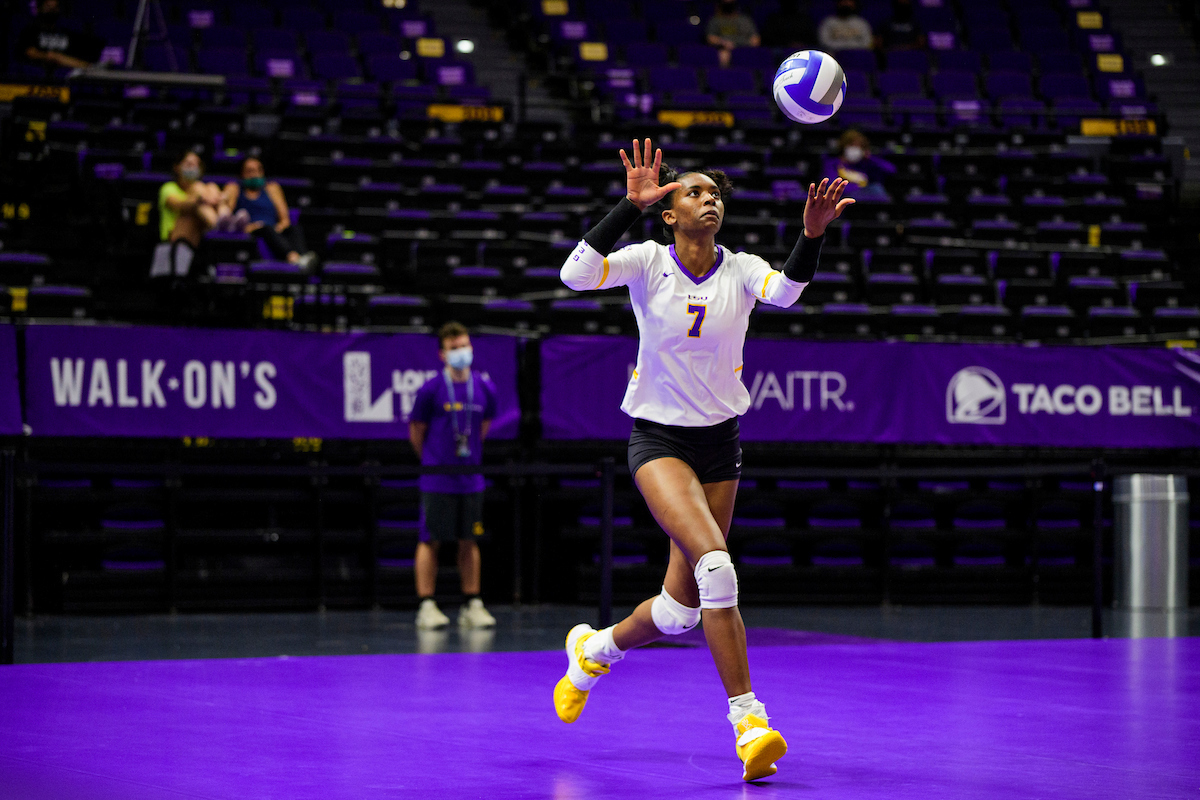 LEXINGTON, Ky. – LSU Volleyball was swept by No. 3 Kentucky Friday evening in the Memorial Coliseum.

Despite hitting over 50 points higher than its season average, LSU was outhit by Kentucky, .463-.258. Kentucky only had seven errors.

With 11 kills in the match, Taylor Bannister moved up from No. 6 to No. 5 on LSU’s all-time kills list, passing Marina Skender. Bannister now has 1,503 career kills. She needs two more kills to pass Detra Brown and move to No. 4 on the list.