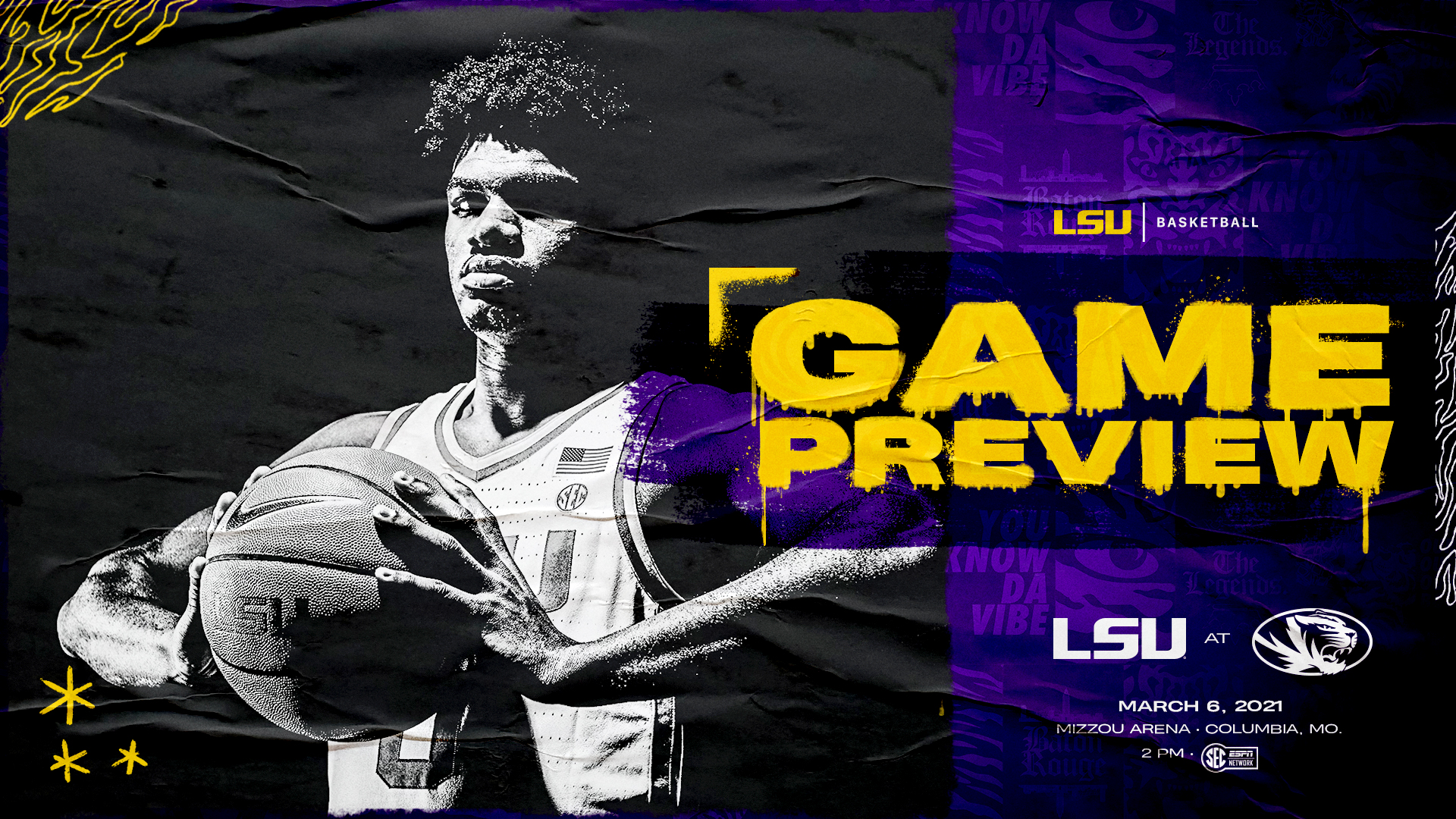 BATON ROUGE – The LSU men’s basketball plays for the No. 3 seed in next week’s SEC Tournament when it travels to Columbia, Missouri to take on the University of Missouri Saturday at the Mizzou Arena.

Tip time for the regular season finale is just after 2 p.m. on the SEC Network with Kevin Fitzgerald and Dane Bradshaw. The Voice of the Tigers, Chris Blair, and former head coach John Brady will have the call of the game on the affiliates of the LSU Sports Radio Network (Guaranty Media flagship affiliate in Baton Rouge, Eagle 98.1 FM).

The Tigers are 15-8 and 10-6 in the SEC. LSU is in the third position in the SEC standings and will be no worse than the four seed for the league event next week in Nashville. LSU is the only team in the SEC that has received the double bye to the quarterfinals in 2019, 2020 and 2021.

With its win on Tuesday against Vanderbilt, LSU secured double figure SEC wins for the third straight year under Coach Will Wade. That is the first time since LSU had a five-year run from 1988-92 that LSU had 10 or more league wins. It is just the fourth streak of at least three consecutive years with 10 or more wins in the history of the LSU basketball program.

Missouri helped LSU with its chance for a top three seed with its 72-70 win at Florida on Wednesday night, scoring the winning bucket with 0.7 seconds remaining. Mizzou is 15-7 overall and 8-7 in the SEC.

The Tigers have won the last five straight games against Missouri and lead the overall series which began in 1980, 8-2. Two years ago, LSU trailed Missouri by 14 points with two minutes to play, but forced overtime and won 86-80.

Cameron Thomas, Darius Days and Trendon Watford all had double doubles and Javonte Smart scored in double figures in the Vanderbilt win. Thomas comes in averaging a league leading 22.8 points a game while Trendon Watford is at 16.1 points, Smart 16.0 points and Days, 11.7 on the scoring list.

Missouri is led by Dru Smith at 14.0 points a game with Xavier Pinson also checking in at that same number. Jeremiah Tilmon is at 12.9 points and 7.6 rebounds while Mark Smith is in double figures at 10.1 points a game.

While LSU will only lose one home game in the conference schedule playing 17 games, although having 7-of-its-last-10 on the road. Missouri lost two games in its SEC schedule and the game Saturday with LSU is a makeup of a game postponed back on Jan. 9 that was scheduled between the two schools. LSU ended up traveling to Ole Miss in a last-minute schedule pivot that Saturday.