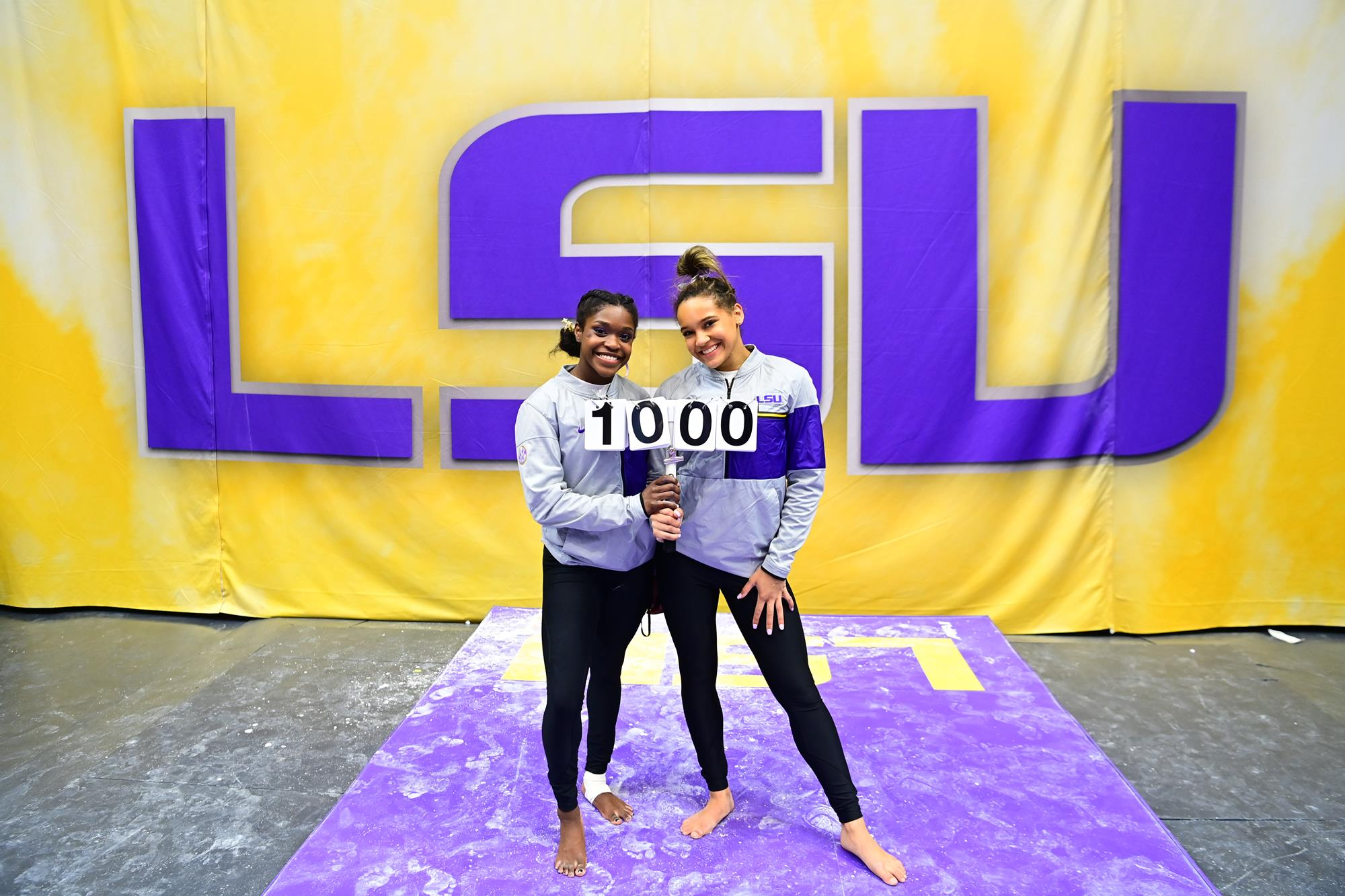 Bryant scored her first career 10 as the Tigers’ anchor on vault. Johnson ended the night with her second 10 on floor and fourth of her career.

The QUEEN of the floor. A PERFECT TEN for @johnsonkiya27 pic.twitter.com/DZLP5JxwAE

THE BEST VAULT IN NCAA GYMNASTICS

“I am proud of the performance tonight and how the team has responded,” head coach Jay Clark said. “To close out the PMAC like that is huge going into postseason. We put up a really great score, got Kiya back in the lineup and now get to rest before SEC Championships.”

Prior to the meet, LSU honored six seniors in the class of 2021; Reagan Campbell, Bridget Dean, Christina Desiderio, Sami Durante, Sarah Edwards and Olivia Gunter. The class received a standing ovation from the crowd in the PMAC and ended their home season with a win.

Johnson and Bryant competed in the all-around together for just the second time this season. One of the best one-two punches in the country topped the night with a score of 39.625. The score marked a new career high for Bryant.

The LSU vault lineup set the tone for the night, with a 49.550 after three Tigers scored a 9.900 or above. Durante opened the evening with a 9.825 and freshman Elena Arenas scored a 9.875 in the third spot. Edwards scored a 9.90 and then Johnson followed with a season high 9.95. Bryant anchored with her first career 10 and the win.

LSU sealed the win with its floor lineup scoring a 49.650. Freshman Sierra Ballard matched her career high, scoring a 9.925. Edwards, in the fourth spot, scored a 9.900. Desiderio scored a 9.850 and Shchennikova scored a 9.875. Bryant earned a 9.95 and Johnson rounded out the rotation with a perfect 10.

Next Up
LSU will have a week off before competing at SEC Championships in Huntsville, Alabama. The meet will take place on Saturday, March 20 at the Von Braun Center. The Fighting Tigers will be the No. 2 seed and have won three-straight SEC meet titles.

Gymnastics is fun again for senior Cammy Hall, who hopes to make a big impact upon the LSU program in 2023.
Gymnastics Celebrated 2022 Season At Team Banquet