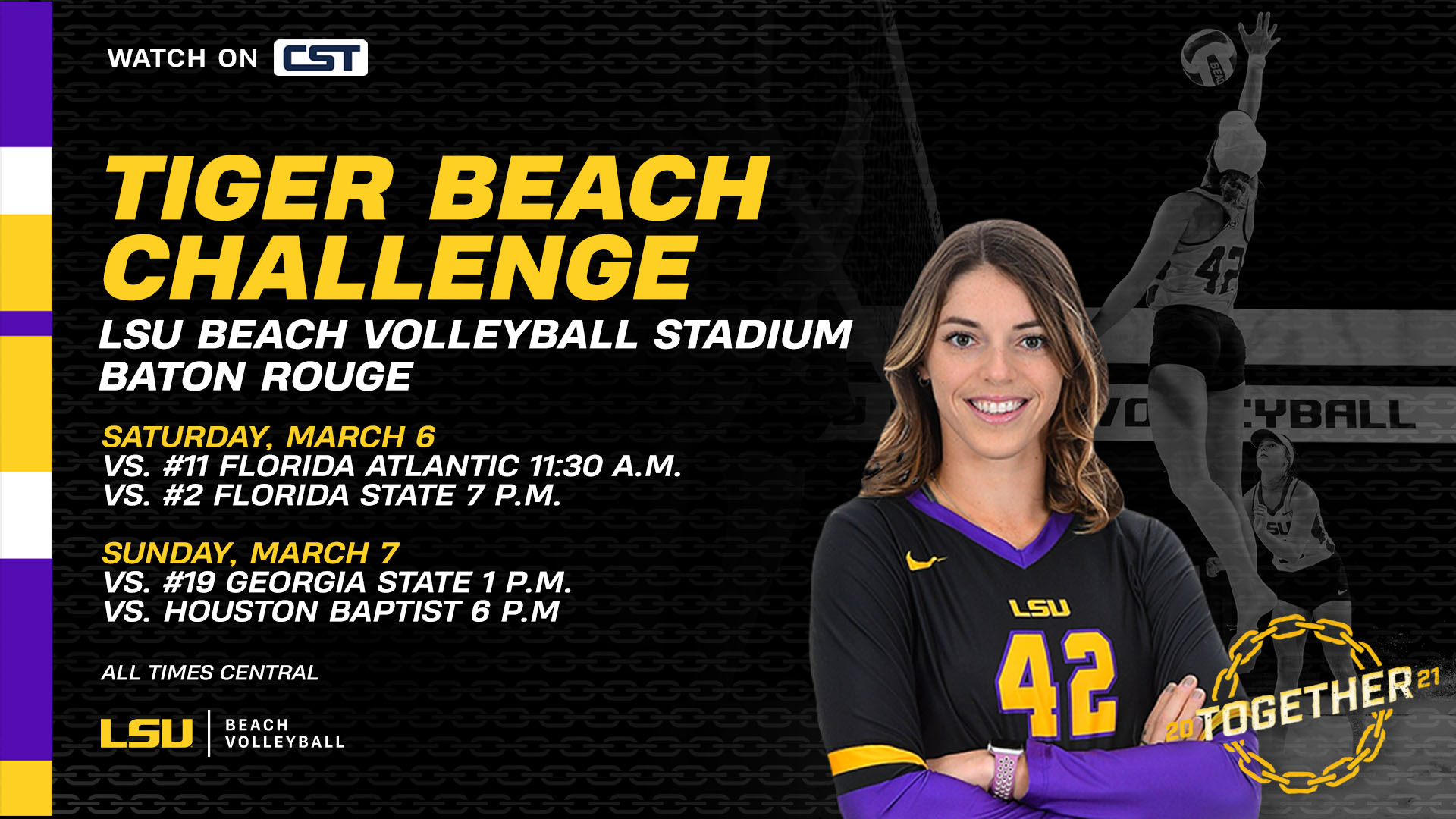 BATON ROUGE – The No. 1 Tigers are set to welcome four teams, three ranked, to LSU Beach Volleyball Stadium for the Tiger Beach Challenge this weekend.

This may be the most stacked lineup of teams ever to visit LSU Beach Volleyball Stadium for a single weekend. LSU has hosted two ranked teams for the same event once before, but never have the Tigers hosted three ranked teams in the same weekend. Every team at the Tiger Beach Challenge this weekend will play a unique style of beach volleyball, both offensively and defensively.

Cox Sports Television will broadcast seven of the matches. Their coverage will primarily feature the one’s and four’s pairs of each match they broadcast. Jeff Palermo will be the play-by-play announcer with Andrew Beyer as his color analyst. A full list of the weekend’s matches can be found at the bottom of this page.

The top-ranked Tigers will play FAU Saturday at 11:30 a.m. CT before taking on Florida State at 7 p.m. Saturday night under the lights for a showdown of the nation’s top two teams. This is the second year in a row that LSU Beach Volleyball Stadium will be the site of a No. 1 vs. No. 2 match. Last February, LSU defeated then No. 1 UCLA in front of a record crowd and the Tigers have been ranked No. 1 ever since.

On Sunday LSU will face No. 19 Georgia State at 1 p.m. before wrapping up the weekend against HBU at 6 p.m., a team the Tigers defeated twice last weekend.

LSU announced earlier this week that it will allow limited general admission vouchers for each individual match for the remainder of the season. Vouchers will be available an hour and a half prior to the start of each given match and will be on a first come first serve basis. If a match begins at 7 p.m., the first voucher will be given out at 5:30 p.m. Each fan is limited to one voucher and must be present in order to receive it. For the full release, including where to go to receive a voucher, click here.

* denotes the match will be broadcast on CST