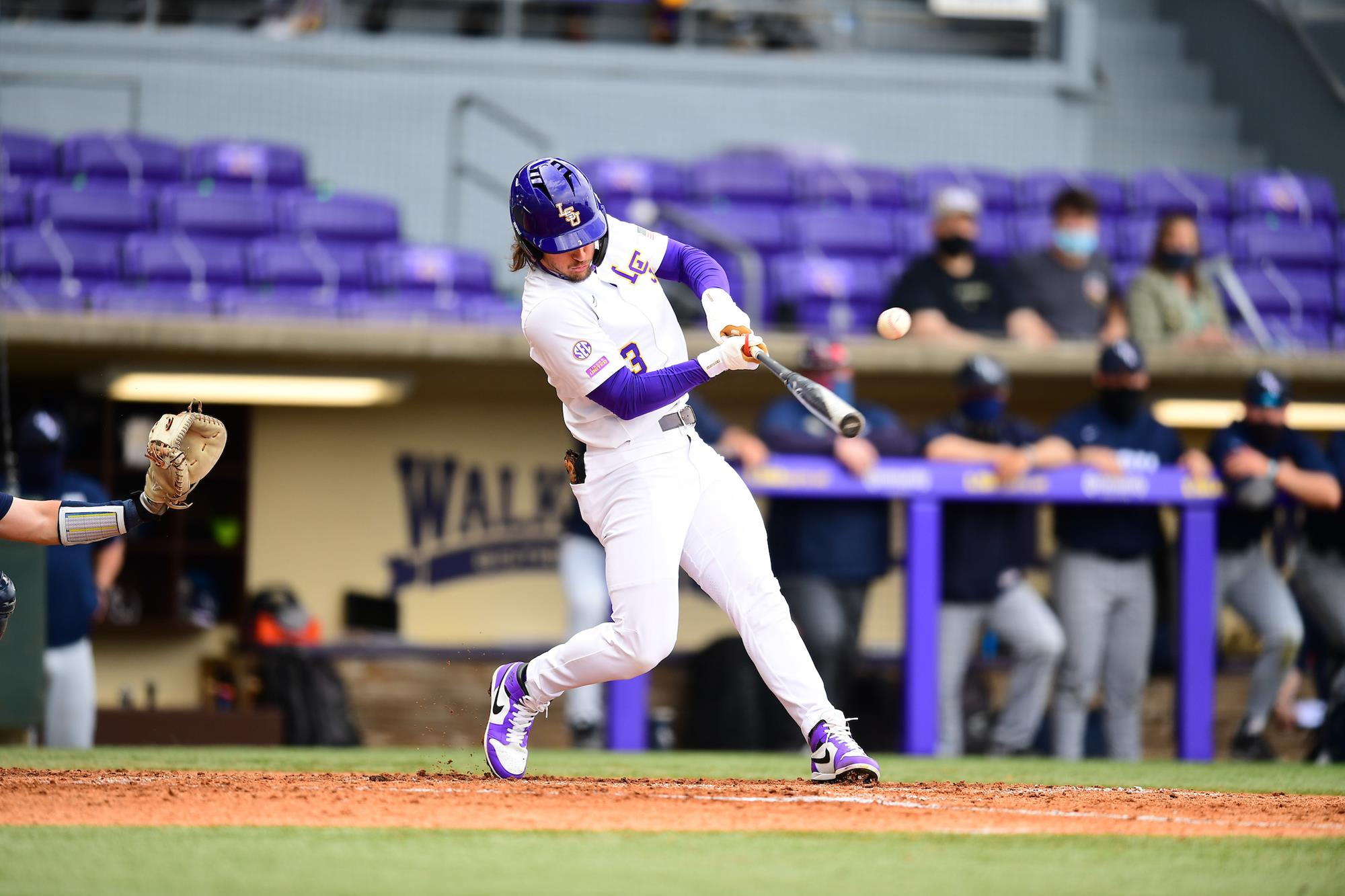 ORU improved to 3-6, while LSU (8-2) saw its seven-game win streak end. The teams meet in Game 2 of the series at 3 p.m. CT Saturday in Alex Box Stadium, Skip Bertman Field. The game may be viewed on SEC Network+, and it may be heard on 100.7 FM in Baton Rouge.

ORU reliever Evan Kowalski (1-0) earned the win by entering the game in the second inning and firing seven scoreless innings with two hits, one walk and five strikeouts.

The Golden Eagles were led at the plate by rightfielder Caleb Denny, who was 3-for-5 with six RBI and two runs scored. Second baseman Ryan Cash was 3-for-5 with two doubles, four RBI and four runs.

“Today, he just never really found a rhythm; Oral Roberts was very aggressive at the plate, and everything they hit seemed to find a hole. I felt so bad for the kid, because everything that could go wrong for him did go wrong. But, Jaden will certainly rebound from this and be ready to go again next Friday night. Overall for the team, this is one to forget; the best thing we can do is put it behind us quickly. Tomorrow the score starts at 0-0, and hopefully we’ll come out and play a lot better.”

After ORU scored eight runs in the top of the first, the Tigers responded with three in the bottom of the frame, as the inning was highlighted by leftfielder Gavin Dugas’ RBI single.

However, Oral Roberts erupted for an 11-run fourth inning to establish a 19-7 advantage. The Golden Eagles added three runs in the fifth, before LSU freshman right-hander Michael Fowler entered the contest and threw four scoreless innings with no walks and two strikeouts.