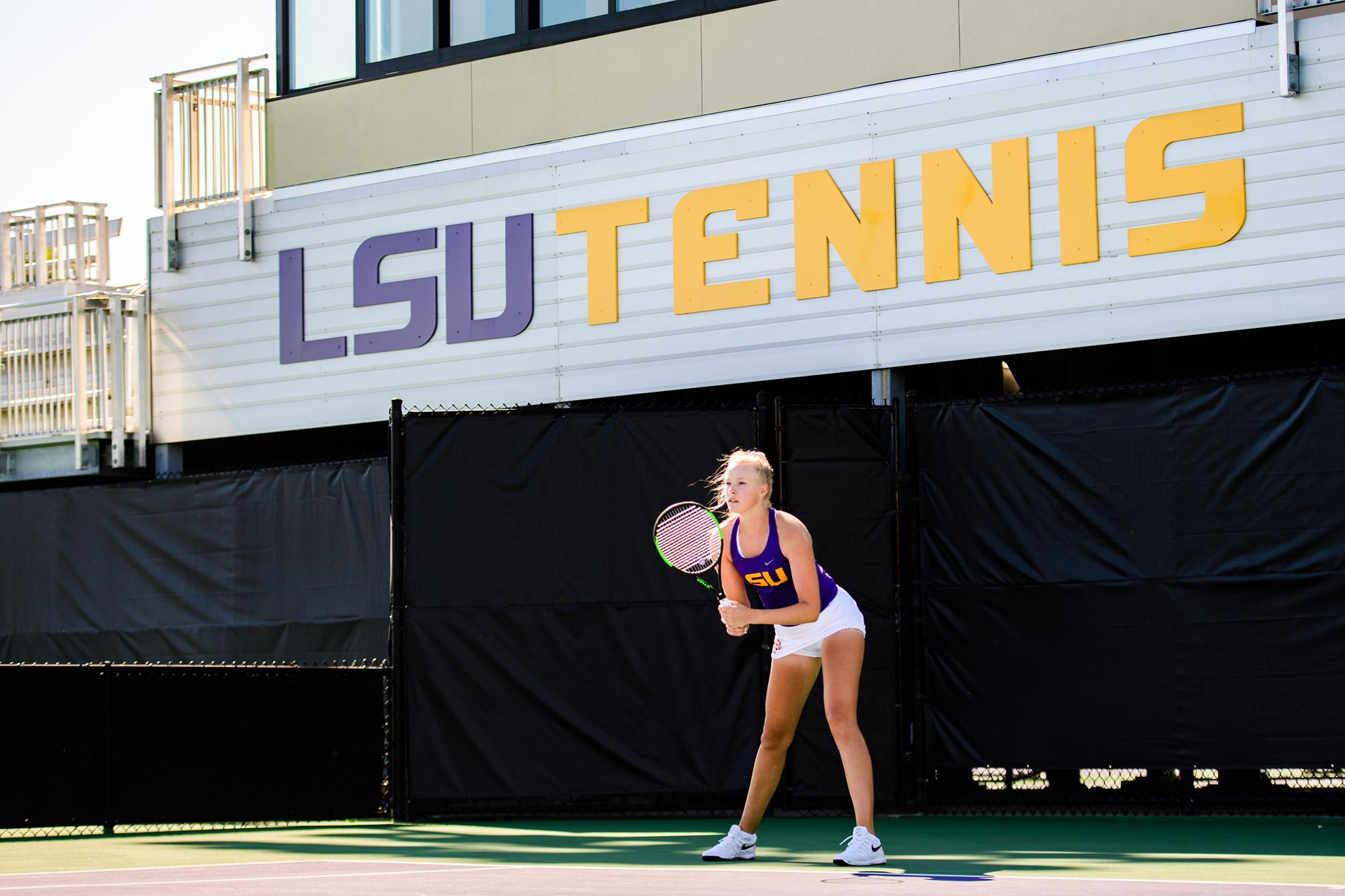 Baton Rouge, La. – The No. 19 LSU women’s tennis team (8-1, 3-1 SEC) plays host at the LSU Tennis Complex for the first time in a month when they face SEC foes Ole Miss at 5 p.m. CT on Friday, March 5 before concluding the weekend with a match versus Mississippi State at noon CT on Sunday, March 7.

In compliance with COVID-19 protocols, matches at the LSU Tennis Complex will be limited to 350 people for outdoor matches and a closed players’ list for entry into indoor matches.

“We’re excited to finally compete on again on our home courts,” co-head coach Michael Sell said. “We are looking forward to continuing our strong momentum into these two matches. We’ve had several quality practices this week and we’re ready to keep progressing on Friday night.”

LSU and Ole Miss have met 47 over the years, with the Rebels having a 29-18 advantage in the series. When the teams last met in 2019 in Oxford, LSU claimed an emphatic 4-1 win.

This will be the 55th meeting between the Tigers and the Bulldogs, with LSU having a 32-12 lead in the series history. When the teams met in Starkville in 2019, Mississippi State narrowly edged out LSU by a score of 4-3.

The Tigers split the away weekend at 1-1, falling 4-2 at Florida on Friday night before bouncing back with a 4-3 win over South Carolina on Sunday afternoon.

The southwestern tandem of seniors Taylor Bridges and Paris Corley lead the team in wins in both singles and doubles competition in the overall season. Corley currently sits at a team-high 14-2 in singles, with Bridges not far behind at 11-5. In doubles play, the two have dropped only one game when paired together, sitting at 9-1 when playing as a duo and both 12-3 overall in doubles action.

Geissler has gotten off to a hot start in singles play in the dual season, opening with a 7-1 record playing at the No. 4, 5, and 6 spots for the Tigers. Overall, Geissler sits at 12-5, which puts her second in the singles win rankings for the Tigers.

In the Oracle-ITA Rankings, LSU remained No. 19 in the latest team ranking. In individual rankings, the Tigers are represented in both doubles and singles. Richardson and Geissler checked in as the No. 14 doubles duo in the nation, while in singles Bridges is ranked No. 41 and Carrington checks in at No. 83.