Volleyball Travels to Kentucky to Face No. 3 Wildcats 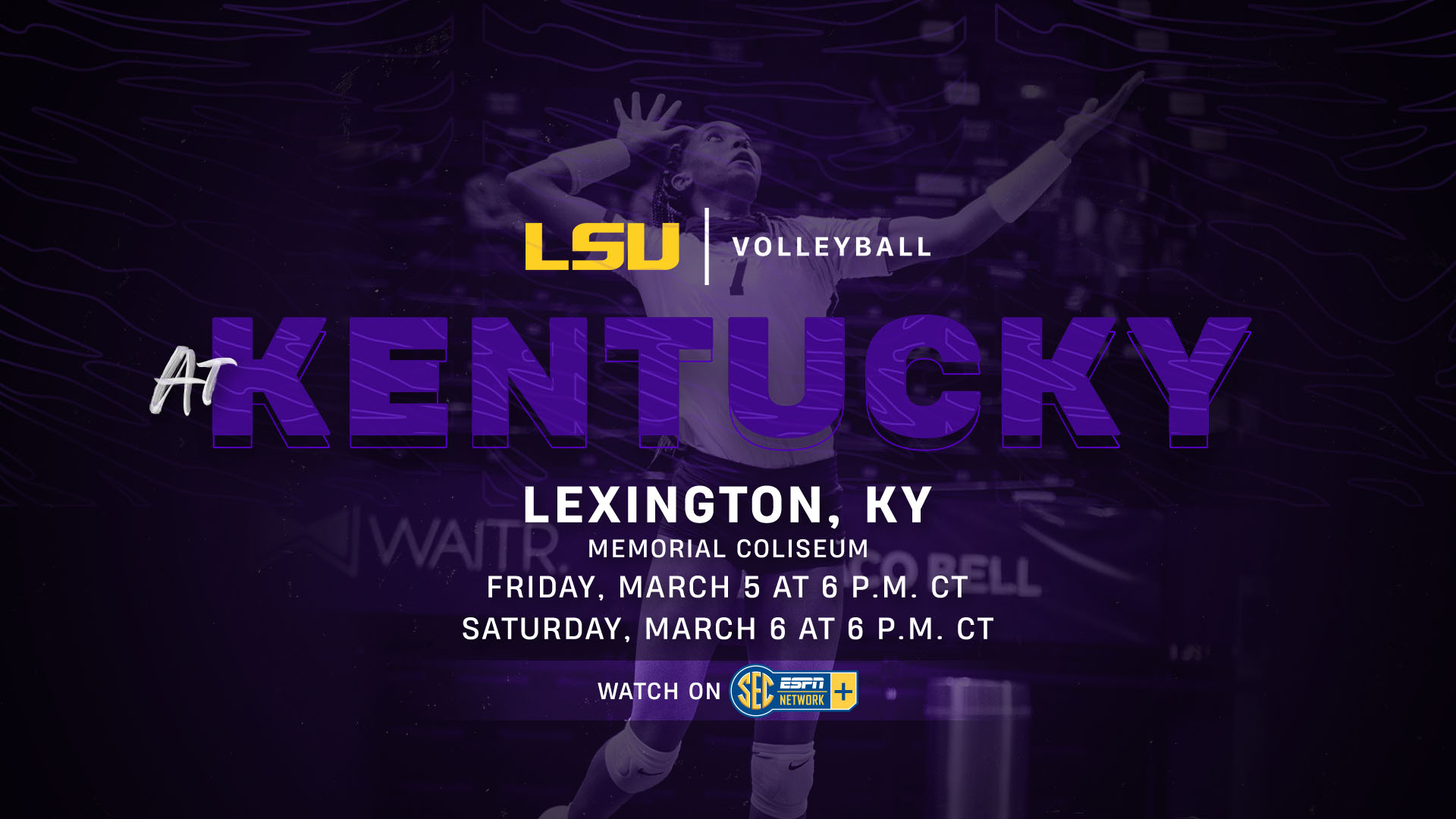 LEXINGTON, Ky. – The LSU Volleyball team (5-9) is set to take on No. 3 Kentucky (12-0) on Friday and Saturday inside Memorial Coliseum.

Both of the matches are set to air on the SECN+ with first serve set for 6 p.m. CT both days.

“We have to go and battle,” said Coach Fran Flory. “We have to go and fight. It’s unfortunate for us that the three top teams in the league (Kentucky, Florida and Missouri) are three teams we travel to. Just a tough schedule for us on the road, but it will make us stronger and better. Kentucky is a first-class place to play and compete. This is one of the best Kentucky teams they’ve ever had.”

LSU is coming off a week where it split matches vs. Ole Miss where Ole Miss picked up its first win of the season.

Kentucky has not played a match since Valentine’s Day with its past two weeks of matches being postponed.

“They’re one of the top teams in the country,” Flory explained. “The expectation is you have everything to gain and nothing to lose. You just go play, put your heart and soul on the line and fight through every point.

LSU’s Taylor Bannister is looking to keep climbing the program’s all-time kills list. With 1,492 career kills, Bannister could pass Marina Skender (1,500) and Detra Brown (1,504) to become LSU’s fourth all-time kills leader. Bannister is No. 3 in the SEC in kills per set (4.23) and is coming off a match in which she recorded a season-high 28 kills.

LSU will need contributions from more than just Bannister though to pull off the upset. Paige Flickinger has been a formidable outside hitter as a freshman with five double-doubles this season. Hannah Brister will also need to contribute as an outside hitter. Since joining the team at the semester, she has climbed to No. 3 on the team in kills (80) and No. 2 in kills per set (2.50).

Setter Karli Rose will need to pace the offense efficiently and set accurate balls to let Bannister, Brister and Flickinger as well as all of LSU’s pieces.

“See if we can stay close and steal it at the end,” said Flory. “That’s going to be the mentality. We’re just going to do what we do and try to execute at the highest level and see how close we can get. When we get close, seize the opportunity.”