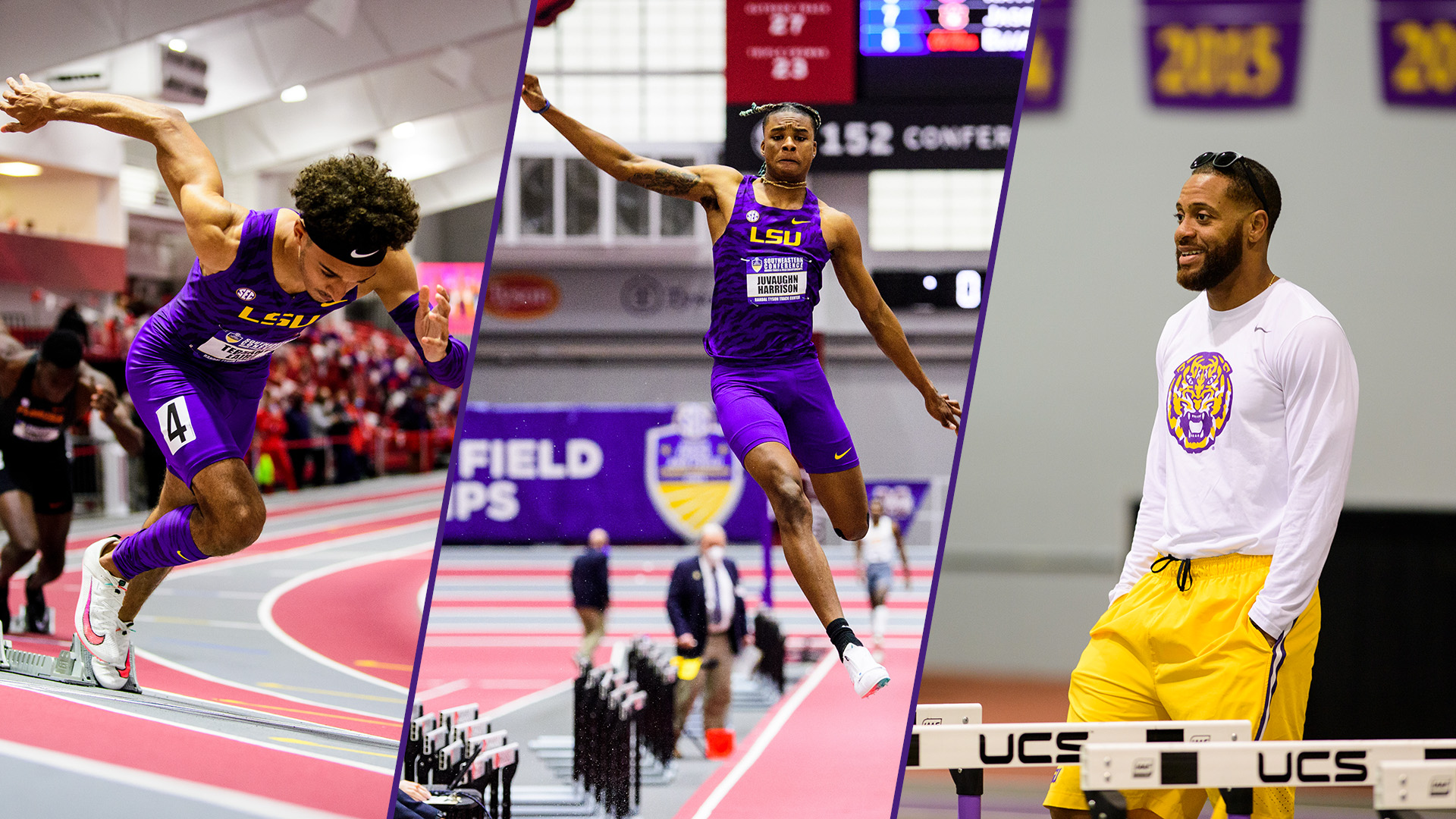 This is the second straight year that Laird has won this award marking the first athlete to accomplish that feat in this region since 2014. Laird is the 2021 world leader currently in the 200 meters with a personal best time of 20.28 that he ran at the SEC Championships in Fayetteville on February 27. The mark won him his second straight SEC title in the event, and it also broke LSU’s school record in the event that previously belonged to Xavier Carter (20.30); the 20.28 also made him the 10th fastest performer in collegiate history. Laird is a perfect 3-0 in 200 meter finals this season.

Harrison the fourth LSU field athlete to win this award since 2011; he joins the likes of Walter Henning (2009-11), Damar Forbes (2012), and Mondo Duplantis (2019). Harrison owns the tops marks in the nation in both the long jump (27′ 4″) and high jump (7′ 5.75″) this season. The mark of 27′ 4″ (8.33 meters) won him the long jump title at the SEC meet while setting a meet record, and it is the fifth best in collegiate history. His season best high jump of 7′ 5.75″ (2.28 meters) came at the Louisiana Invitational on January 29. Harrison won both the long jump and high jump SEC titles last weekend becoming only the third man in conference history to achieve the feat.

Brazell was named the USTFCCCA’s South Central Men’s Assistant Coach of the Year after his athletes combined to score 40 of LSU’s 93 points at the SEC meet. Laird won his second consecutive SEC 200 meter title this season under the direction of Brazell who has helped him on his way to becoming the 10th fastest performer in collegiate history (20.28). Brazell also helped direct Noah Williams (400 meters) and Damion Thomas (60 meter hurdles) to SEC titles. Williams won the 400 with an LSU school record of 45.26, and the hurdling duo of Thomas (7.60) and Eric Edwards Jr. (7.67) finished first and second in the 60 meter hurdles at the SEC Championships.

The LSU men (No. 2) and LSU women (No. 6) will close out the indoor season next week at the NCAA Indoor Championships in Fayetteville, Arkansas, March 11-13.

When people look at Davis Bove, often their first thought is, “How does he do all of that?” For them, it seems impossible. For him, nothing is.
Five Former LSU Athletes, Coaches Named To 2023 Class Of Louisiana Sports Hall Of Fame