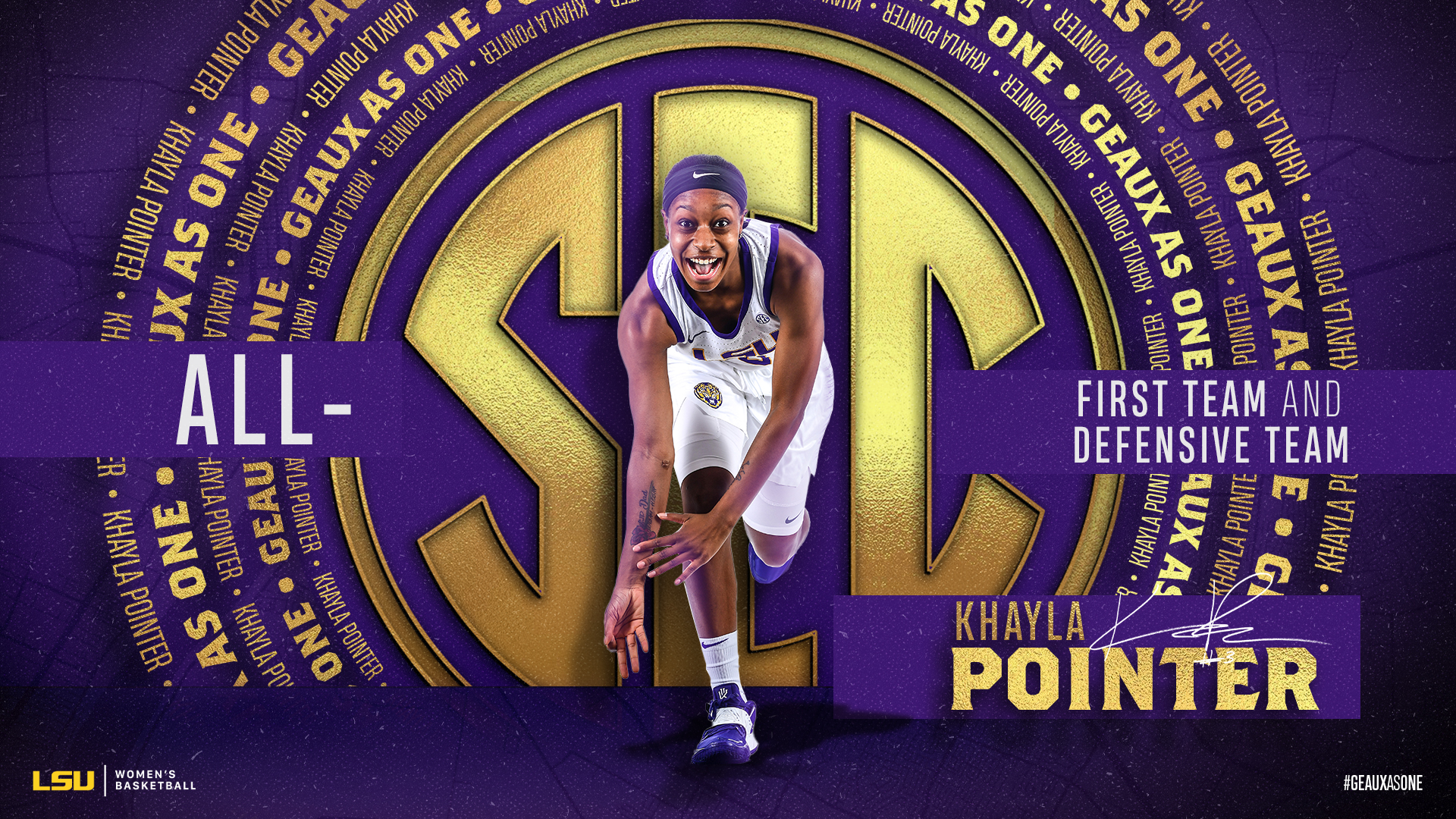 It is the second season in a row that Pointer has earned All-SEC honors after being named to the Second Team in 2020. It is her first time on the All-Defensive Team.

Pointer leads LSU with 16.6 points and 4.2 assists per game and 47 steals. One of two LSU players to start all 20 games this season, she has been the ironwoman of the team averaging 36.5 minutes per game, tops in the SEC. She is shooting 40.5 percent from the field and 32.9 percent from three-point range. Pointer earned her 1,000th career point on December 20 against Loyola Marymount and dished out her 400th career assist versus Georgia on January 28.

LSU begins SEC Tournament play on Thursday, March 4 at 10 a.m. CT as the No. 8 seed against No. 9 seed Mississippi State at Bon Secours Wellness Arena in Greenville, South Carolina. The game will be broadcast on the SEC Network and available on the ESPN app.

For the full listing of 2021 SEC Women’s Basketball honors, go to SECsports.com.