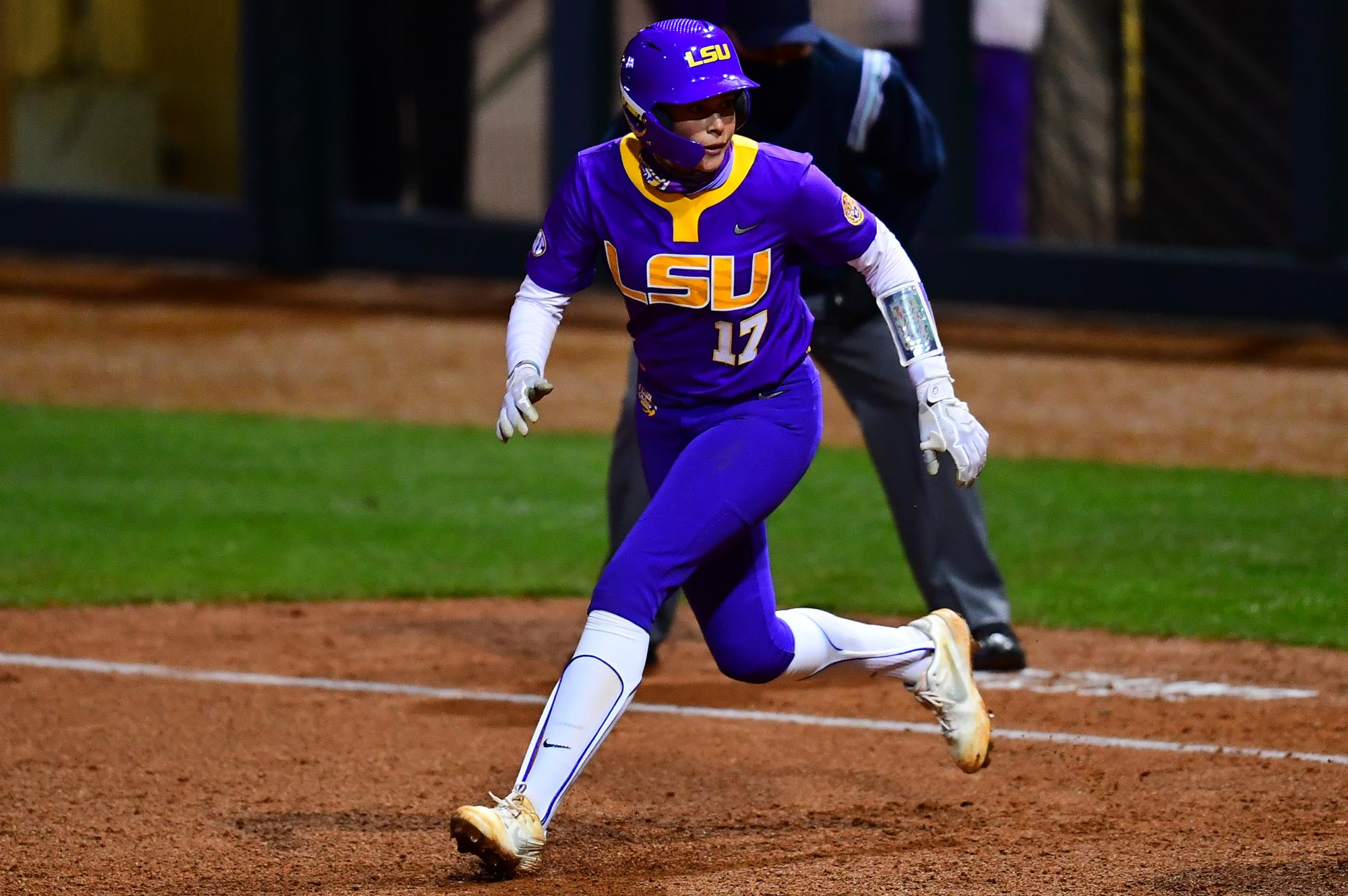 The Tigers will take on No. 7 Texas in Tiger Park this weekend in a single game Friday at 7 p.m. and a double header on Saturday with the first game starting at 3 p.m. and the second at 5:30 p.m. Friday’s game will be live on ESPN 2 while Saturday’s doubleheader will stream live on SEC Network+.

After a three-up, three-down first inning for the Tiger defense, Aliyah Andrews got things started offensively for the Tigers. She slapped a ball down the left field line that went to the wall and capitalized to record her first career homerun, a in-the-park home run to put the Tigers up 1-0.

In the top of the second, Southern Miss was able to load the bases but two big strikeouts from Shelby Wickersham in the circle ended the threat.

In the home half of the inning, Ali Newland crushed a solo shot over the center field wall and forced Southern Miss to make a pitching change. Cait Calland walked, advanced to second on a wild pitch and then advanced to third. Calland scored on a Taylor Pleasants single through the right side. Doyle singled through the left side and then the Tigers capitalized on four walks and one hit-by-pitch to take a 7-0 lead.

The Golden Eagles were able to capitalize on a Tiger miscue in the fourth, plating one run. They tacked on two more run in the top of the fifth behind two hits and another Tiger error. LSU still maintained a 7-3 lead.

Danieca Coffey led off the bottom of the fifth with a double down the right field line. Akiya Thymes singled to left field, and the Tigers were able to push runs across due to Southern Miss walks and a single from Savannah Stewart. The Tigers grabbed three more runs in the inning taking a 10-3 lead over the Golden Eagles.

In the bottom of sixth, Karrington Houshmandzadeh singled up the middle and added a stolen base. Pleasants laced a ball through the right side and plated Houshmandzadeh in walk off fashion the Tigers took the game 11-3 over the Golden Eagles.

Wickersham earned the win in the circle for the Tigers and moves to 3-1 on the season. She recorded five strikeouts in 5.0 innings of work. Taylor Edwards made her first appearance in the circle this season, she tallied one strikeout in one inning of work.

Feelings on getting to see some different players today…

“With this season the way it is, I think it’s important to have the entire roster ready. Any chance we get to do that I think we should take advantage of it. I like to give people opportunities to show what they’ve got because in some positions it’s still pretty competitive so it’s nice to see what people can bring in different places.

“She comes up and sets the tone for us, and when she gives us those opportunities it lets us go out and just play softball. She’s worked really hard and so it’s nice to see her go out and be so productive.”

“I thought she had a lot of good at bats and we were able to get her behind the plate a little bit which was great. She’s so versatile and it’s nice to see her get things going back there. She puts in a lot of work and is always here at the park so it’s easy to root for a kid like that.”