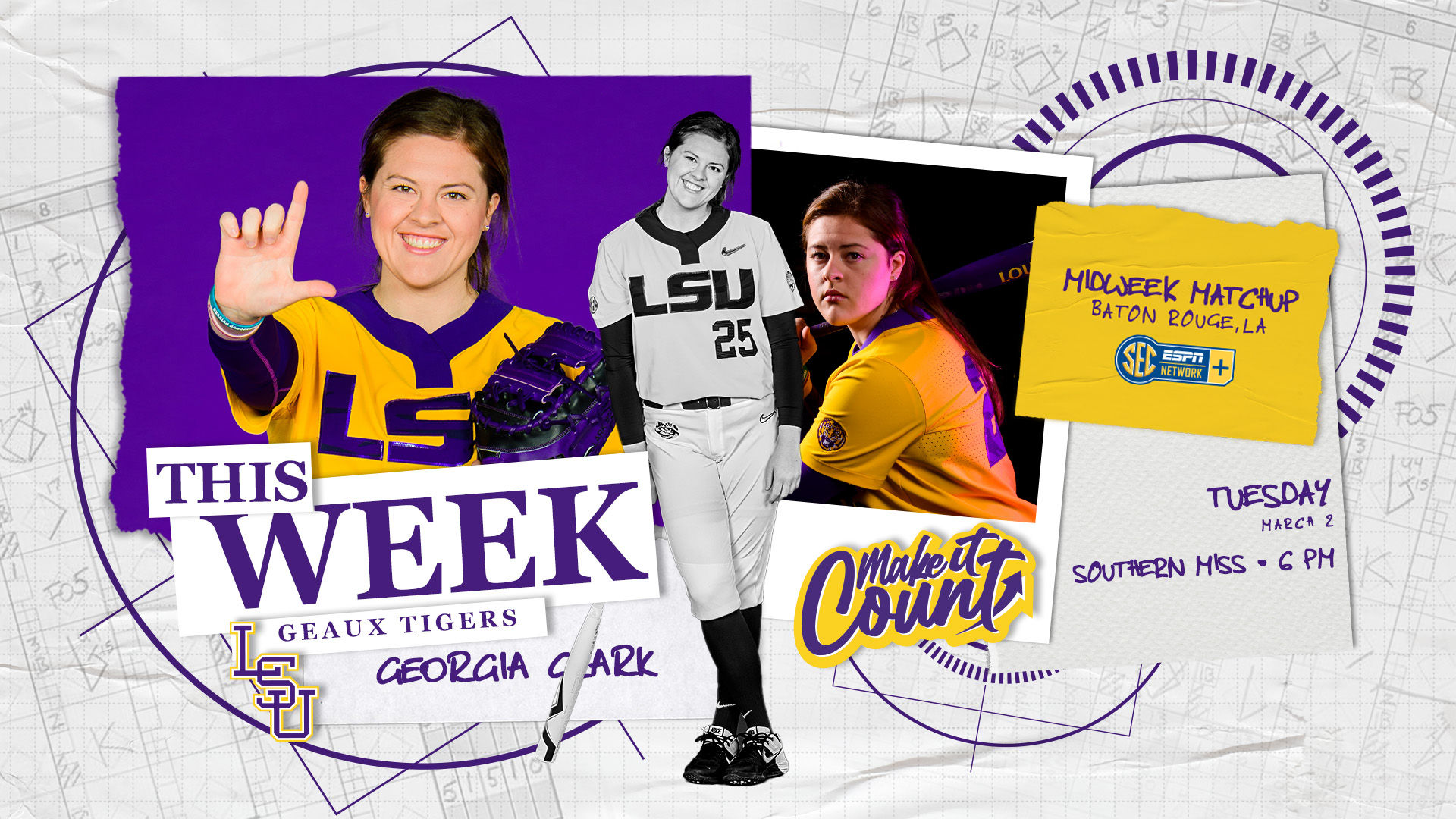 The game will stream live on SECN+ and the WatchESPN app with Hall of Famers Lyn Rollins and Yvette Girouard on the call. Live stats will also be available at LSUStats.com.

About the Tigers
LSU goes into the weekend with a 10-5 overall record after going 3-2 in the LSU Invitational. The Tigers are coming off two wins Saturday against No. 9 ULL and Buffalo.

Ciara Briggs is leading the Tigers at the plate with a .410 batting average. She has gone 16-for-38 with a team-leading five doubles and has walked seven times. Aliyah Andrews is right behind, hitting .396. She earned SEC Player of the Week Monday afternoon after hitting .591 on the weekend and recording three diving catches in centerfield against ranked opponents. Overall, the Tigers are hitting .274 and are averaging five runs per game.

In the circle, Shelbi Sunseri leads the team in ERA with a 1.01 mark. She is 3-2 with 21 strikeouts in 27.2 innings. Maribeth Gorsuch earned her first two victories over last week, claiming both against in-state rival ULL. Ali Kilponen leads the staff in strikeouts with 25 in 19 innings of work. She also holds her opponents to a .197 batting average.

About Southern Miss
Southern Miss comes into the matchup with a 11-4 record. The Golden Eagles went 3-2 last weekend with wins over Jacksonville State and Houston Baptist. They are hitting .249 on the year with Karsen Pierce leading the way at .433. She is 13-for-30 with three doubles, 10 runs scored, four home runs and nine RBI. Destini Brown has walked a team-leading 15 times in 15 games and has 10 stolen bases.

What’s On Deck
The Tigers welcome in nationally-ranked Texas this weekend, playing a single-game Friday and a doubleheader Saturday. For a full 2021 schedule, click here.