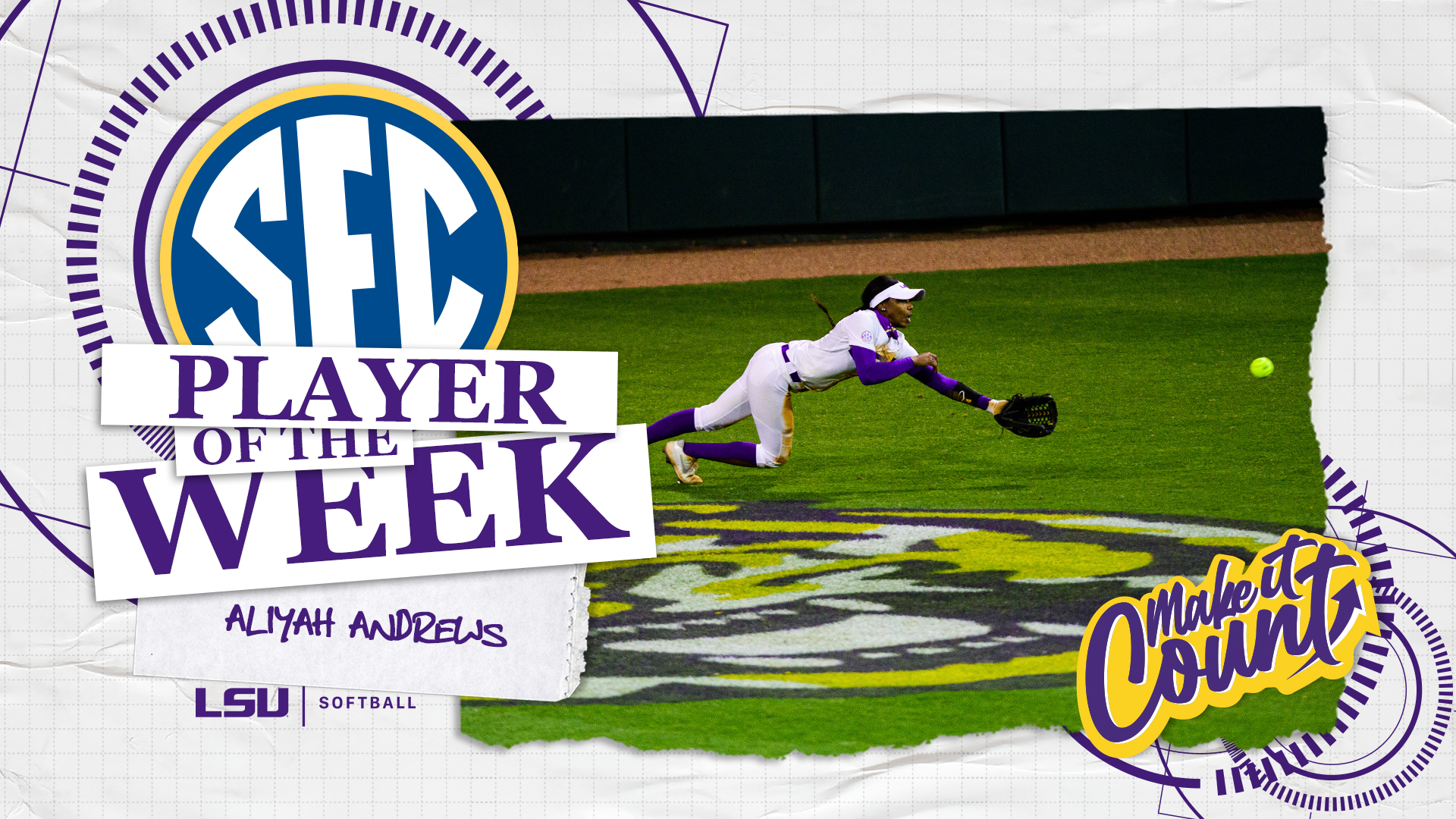 Andrews, who was all over the outfield making catches last week, was featured on Sportscenter on back-to-back nights for her diving catches. She recorded one against Oklahoma State Friday night that became ESPN’s No. 8 play on Top 10 Plays. The next night Andrews was featured with two more catches against ULL on Saturday.

Air Aliyah is not here for this nonsense #MakeItCount pic.twitter.com/uU0Cb8l0xJ

The Oldsmar, Florida native led the Tigers in batting average at .591 for the week. She was 13-for-22 with seven runs scored, two doubles, an RBI and 6-for-7 in stolen bases. She also tallied nine putouts in centerfield and did not commit an error. She finished the weekend with a .609 on-base percentage.

The Tigers take on Southern Miss in Tiger Park Tuesday at 6 p.m. before welcoming in nationally-ranked Texas Friday and Saturday for a three-game series. Click here for the full schedule.