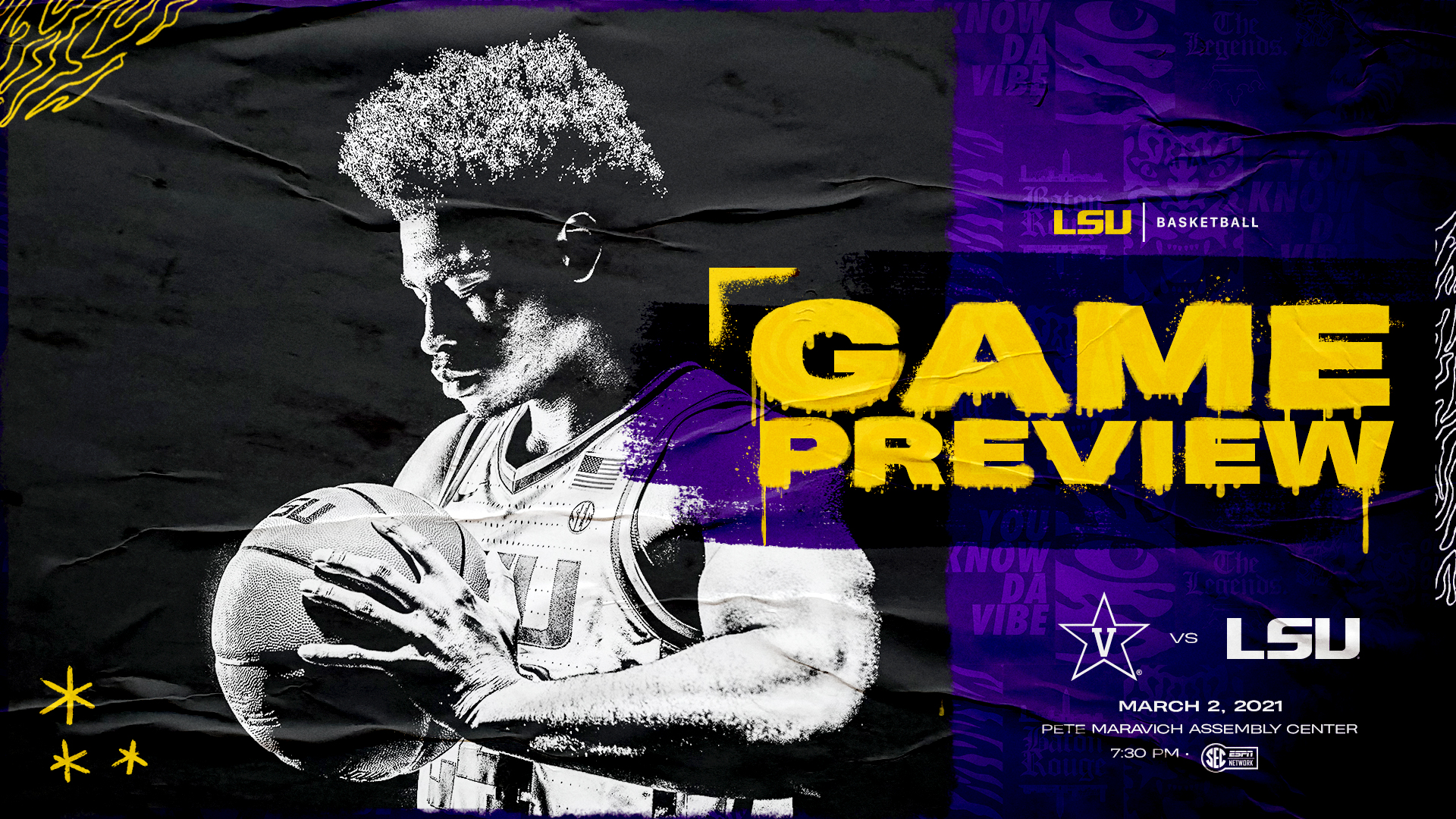 BATON ROUGE – The LSU Tigers return back to the friendly confines of the Pete Maravich Assembly Center for the final time in the 2020-21 season Tuesday night when they host the Vanderbilt Commodores.

The Tigers and Commodores will tip shortly after 7:30 p.m. CT and the game will be televised as the second half of the doubleheader on the SEC Network with Tom Hart and Jon Sundvold. The “Voice” of the Tigers, Chris Blair, and former coach John Brady will be courtside for the call on the LSU Sports Network affiliates including Guaranty Media Baton Rouge affiliates Eagle 98.1 FM.

The Tigers are 14-8 overall and 9-6 in the league entering the final week of the regular season and a win on Tuesday night will virtually lock up a Top 4 seed in the Southeastern Conference tournament provided all 13 games scheduled this week are played.

Vanderbilt is playing some of its best basketball of late, defeated Ole Miss on Saturday, 75-70. The Commodores are 7-13 overall and 3-11 in the SEC.

The Commodores won on Saturday without two of their star players Scottie Pippen, Jr. (hip) and Dylan Disu (knee). Disu has been ruled out for the season, but Pippen could be back for Tuesday game. He is second in the SEC in scoring behind LSU freshman Cameron Thomas.

Thomas is at 22.8 points per game while Pippen checks in at 20.5 points a contest.

LSU is trying to avoid its first three-game losing streak of the season after losses last week at Georgia (91-78) and at Arkansas (83-75). The Tigers played much better, especially in the first half against the Razorbacks when they were able to get a five-point halftime advantage.

Thomas led LSU with 25 points against the Razorbacks and he has recorded eight straight games of 20 or more points coming into the final week of the regular season. Trendon Watford had 16 points and Javonte Smart had 15 points and four assists.

LSU has three players in the top 10 in the SEC in scoring with Watford and Smart both tied for second in the league at 16.1 points a game.

The teams played once last year with Vanderbilt upsetting LSU in Nashville by a 99-90 score. Maxwell Evans his 31 points for the Commodores and Saben Lee scored 33.

LSU will conclude the regular season on Saturday in a makeup game at Missouri at 2 p.m.