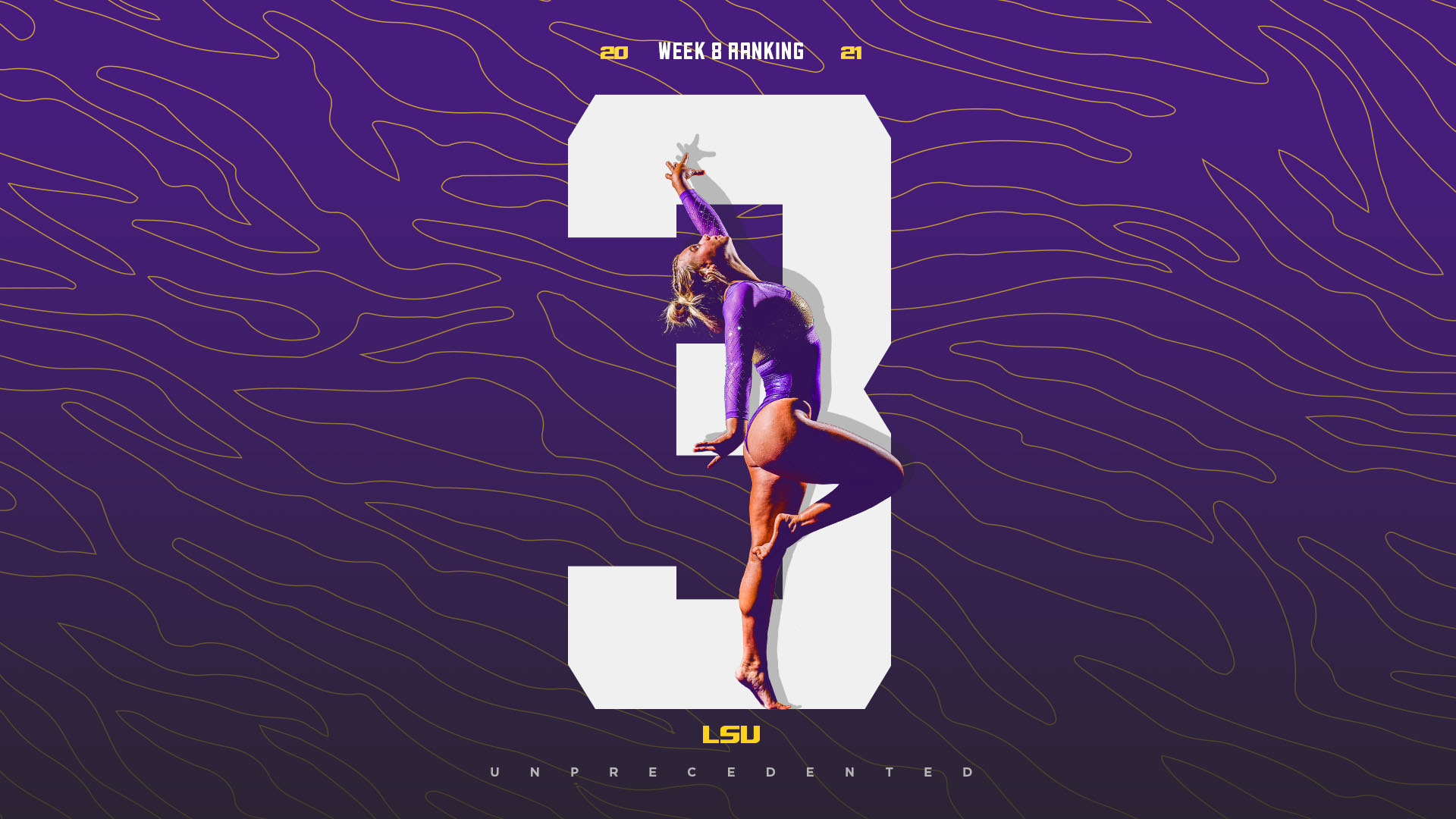 BATON ROUGE – The LSU gymnastics team is third in the first week of National Qualifying Score (NQS) rankings, according to Road To Nationals.

As a team, LSU ranks second in the nation on bars, third on vault, fourth on beam and sixth on floor. LSU is one of just two teams in the country to score a 49.600 or higher on vault. The Tigers did it against Kentucky, which marked the fourth-highest vault score in school history.

Individually, freshman Haleigh Bryant ranks second on floor, eighth on vault and sixth in the all-around. Sophomores Kiya Johnson and Alyona Shchennikova rank in the top-20 on both vault and bars. Freshman Olivia Dunne is 21st on bars. Seniors Sami Durante and Sarah Edwards rank seventh on bars and 17th on vault respectively.

The third-ranked Tigers return home for the final regular season meet of the season at 7:15 p.m. CT Friday against No. 22 Missouri. The meet will be streamed on SECNetwork+ through WatchESPN.com and the app. LSU will honor the team’s six seniors prior to the meet.

"Greater Because of Her" - Celebrating 50 Years of LSU Women's Athletics. This week we recognize the terrific and tenacious D-D Breaux.
Skip To Main Content