Tigers To Compete At Gamecock Intercollegiate 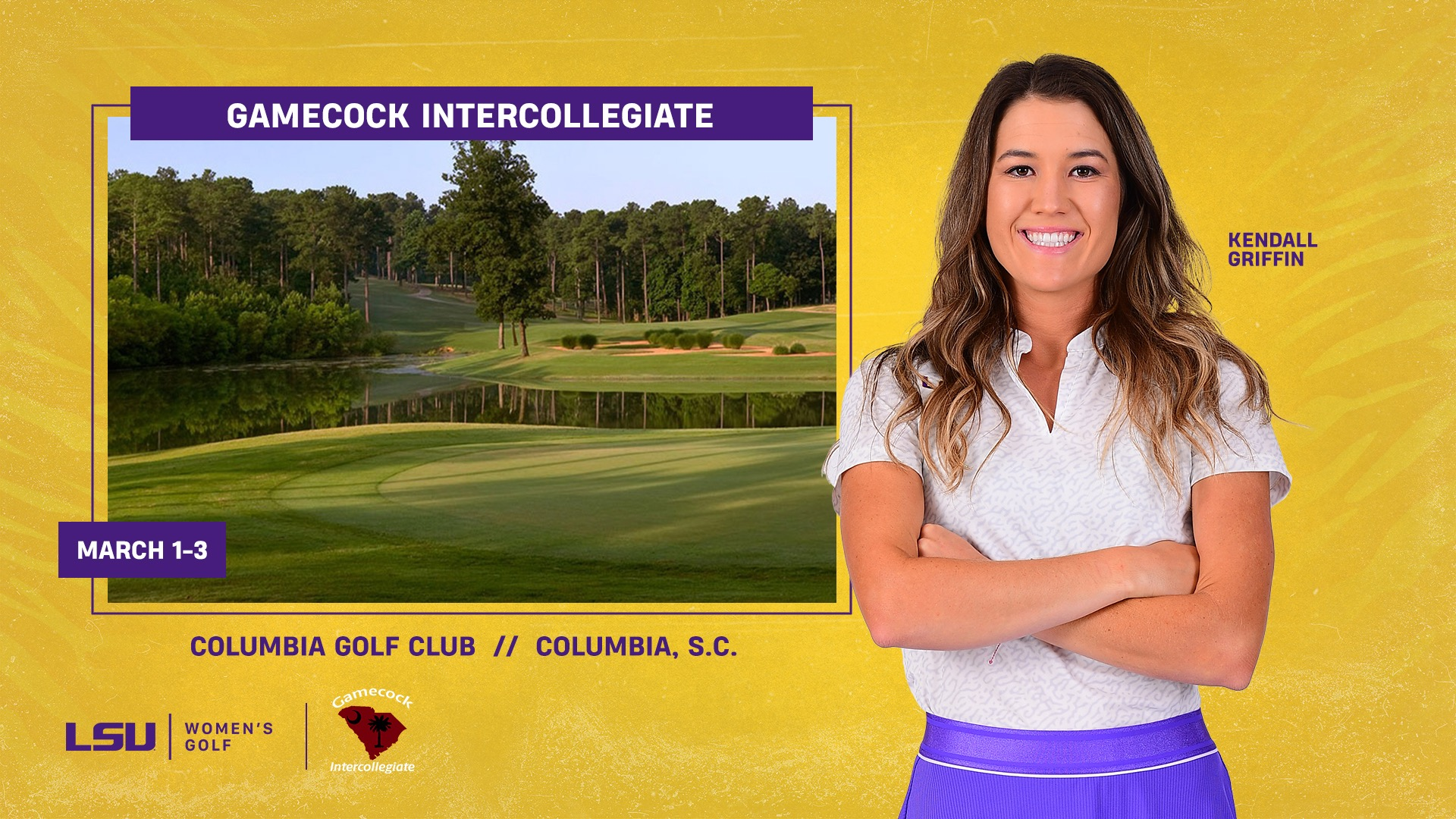 BATON ROUGE — The No. 4 LSU women’s golf team will continue their spring season this Monday through Wednesday as they travel to Columbia, South Carolina for the 2021 Gamecock Intercollegiate at the Columbia Golf Club.

The tournament will be hosted by No. 2 South Carolina. The three-day, 54-hole competition will play at par 72 and 6353 rounds.

All three days of competition will begin at 8 a.m. CT with Wednesday being a shotgun start. Live scoring updates will be available at Golfstat.com.

The Tigers’ lineup will consist of sophomores Ingrid Lindblad and Latanna Stone, freshman Carla Tejedo Mulet, senior Kendall Griffin , and junior Presley Baggett for the third tournament of the Spring portion of the 2020-21 season.

LSU picked up its fourth second-place finish of the season last week at the ICON Invitational.

Lindblad and Stone continue to set the pace for the Tigers this season. Lindblad, ranked No. 4 by WAGR, is shooting a 70.53 average and has posted five Top-10 finishes, including second at The Blessings and tied for third at The Ally. Lindblad opened the first two tournaments of the season with a 5-under 67 to stay in contention at the top of the leaderboard.

Stone is currently ranked No. 86 by WAGR and is shooting an average of 71.47. She was the top Tiger finisher last week in a tie for fifth at the ICON Invitational. Her 8-under 64 in the final round of the ICON Invitational tied the school record for low score in a single round. It was her third Top-5 finish of the season, including a second-place performance at the Moon Golf Invitational and fifth place at the season-opening Blessings Collegiate Invitational.

Griffin is fourth on the squad with a 73.94 average. Baggett will be making her third appearance of the season and averaging 74.50 strokes per round.

The Tigers are posting a team average of 287.73 per round, only the second season in school history to be shooting under 290. The first team to shoot under 290 for a season was the 2019-20 squad.