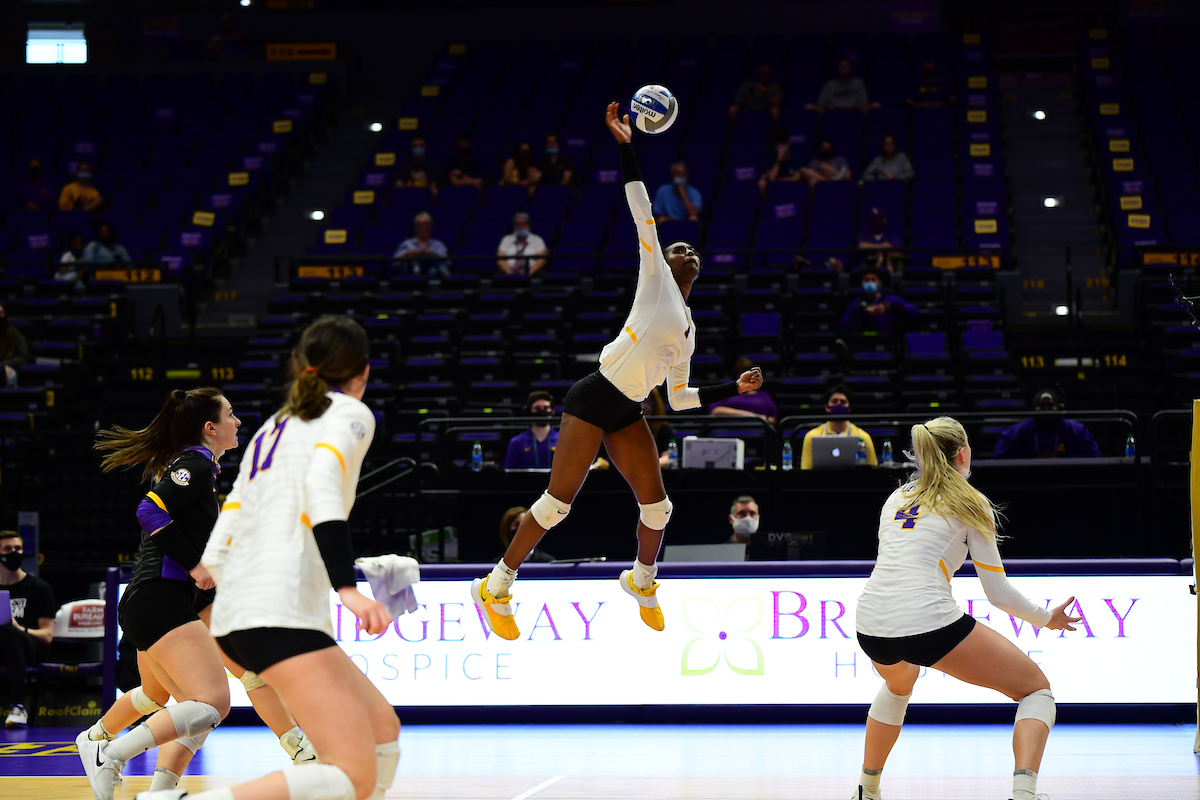 “I think Ole Miss just wanted to win more than we did,” said head coach Fran Flory. “They fought harder. They played a better brand of volleyball and rallied through. They played well enough to beat us.”

The next two matches for the Tigers will be on the road against Kentucky at Memorial Coliseum on March 5 and 6 in Lexington. Both matches are set to begin at 6 p.m. CT.

LSU was led in kills by Taylor Bannister, who finished with a season-high 28. Hannah Brister also added 12 kills of her own.

Two Tigers finished with double doubles for the afternoon. Karli Rose had 47 assists and 14 digs, while Paige Flickinger had 12 kills and added 13 digs of her own.

Raigen Cianciulli led LSU in digs with 26 for the match.