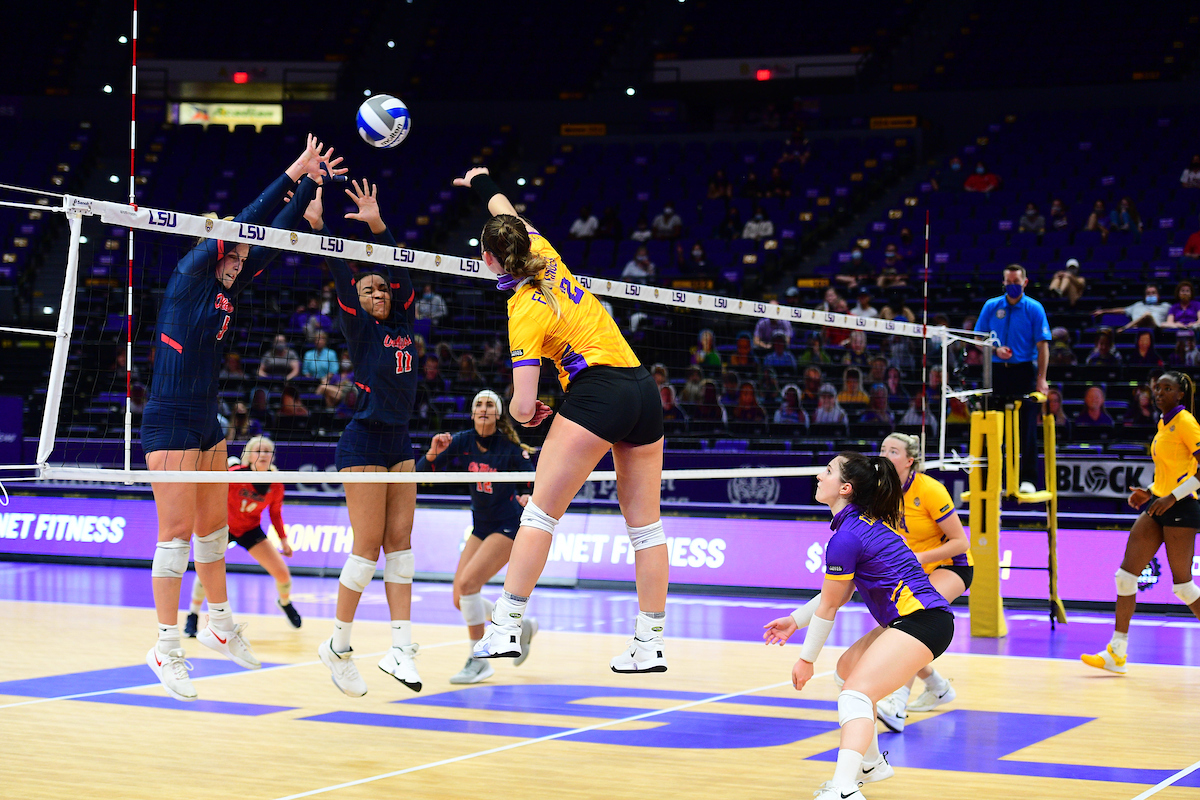 “I thought we played a mature match,” said head coach Fran Flory. “Our upperclassmen took over and really stabilized us, making sure we executed on a high enough level to succeed today.”

The Tigers will be back in the PMAC on Sunday taking on Ole Miss again. The match is set to begin at 1 p.m. CT. Sunday’s match will be available for viewing on SECN+.

LSU was dominant when it came to kills, finishing the match with a hitting percentage of .269 compared to Ole Miss’ .175.

“The fact that we had 19 kills in the second set alone speaks volume about what type of volleyball match it was,” said Flory. “You have to credit our backcourt and our ball control people.”

“Paige is probably the best all-around volleyball player on our roster,” said Flory. “Karli did a great job of creating for her.”