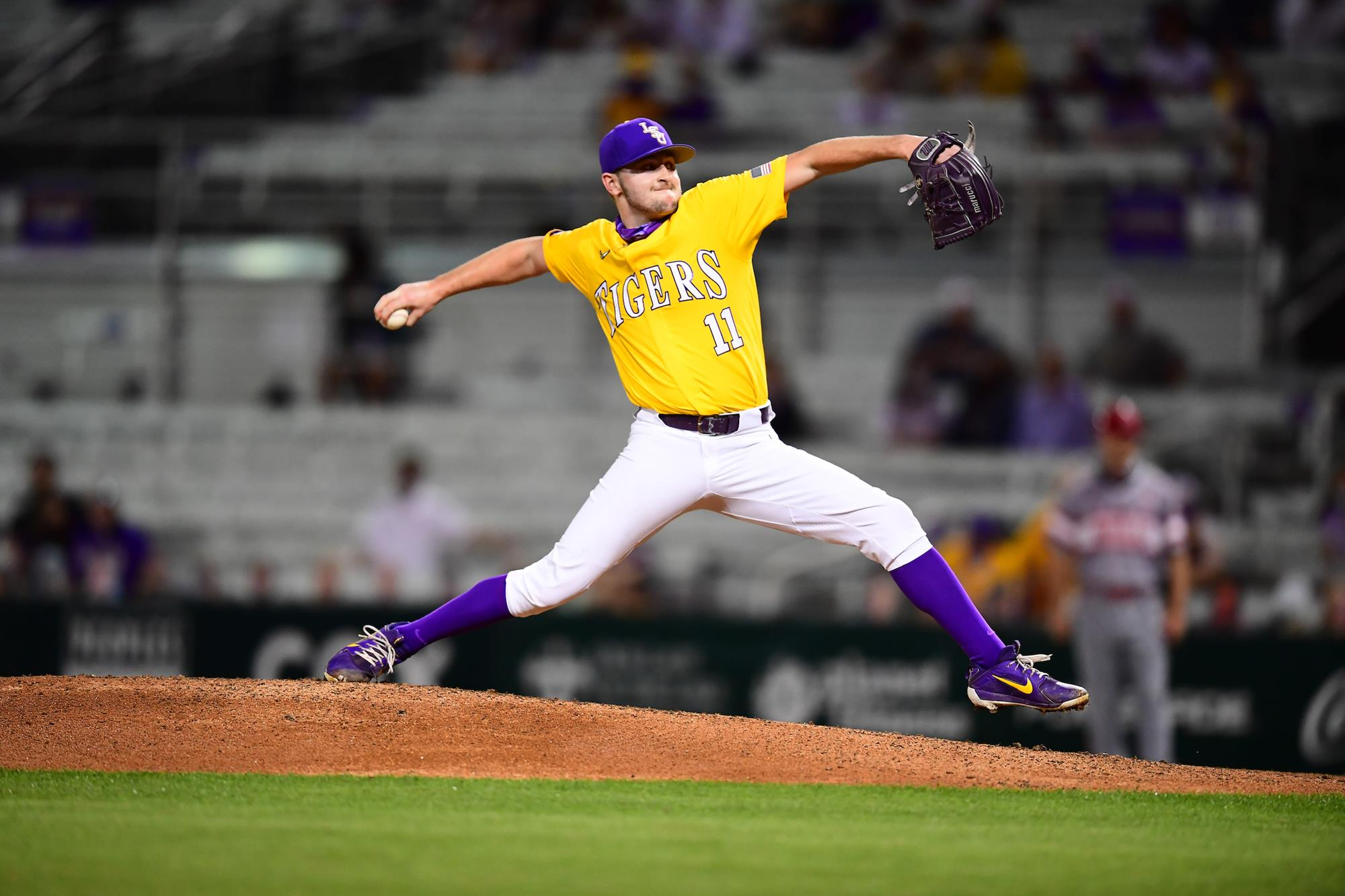 LSU improved to 6-1 with the two victories, and the Tigers have won five straight games. Youngstown State dropped to 1-6 and Nicholls fell to 2-3 with Saturday’s losses.

“It was a long day today, but a good day,” said LSU coach Paul Mainieri. “We had a very emotional victory in the first game, and you’re always worried about a letdown after a game like that, but we came out like gangbusters in the second game. Landon Marceaux set the tone and pitched outstanding all night, and we hit some homers that gave us an early lead against a pitcher that beat us last year.

“With the prevailing wind, there was more of a hitters’ environment here today, and we took advantage of it. I really like the way the middle of our order is shaping up right now, (rightfielder) Dylan Crews is an intimidating force at the top of the lineup, and our hitters are swinging with a lot of confidence.”

Marceaux (1-0) worked six innings against the Colonels, allowing no runs on two hits with no walks and 10 strikeouts.

Nicholls starter Tyler Theriot (0-1) was charged with the loss, as he surrendered six runs on six hits with three walks and three strikeouts in 3.1 innings.

LSU entered the bottom of the ninth inning of Saturday’s first game tied 3-3 with Youngstown State. With one out, Crews was hit by a pitch, and after first baseman Tre’ Morgan flied out, Crews moved to third on a failed pick-off attempt by YSU reliever Gary Clift.

Doughty followed with a blast over the left-field fence on a 2-2 count to give the Tigers the victory. It was LSU’s first walk-off win since a 4-3 victory over Auburn in the SEC Tournament on May 23, 2019.

LSU won a game with a walk-off homer for the first time since February 16, 2019, versus Army when Cade Beloso hit a game-winning dinger in the bottom of the ninth.

LSU reliever Alex Brady (1-0) earned the win, as he blanked Youngstown State in the top of the ninth inning, recording two strikeouts. Clift (0-1) absorbed the loss after allowing the Doughty homer.