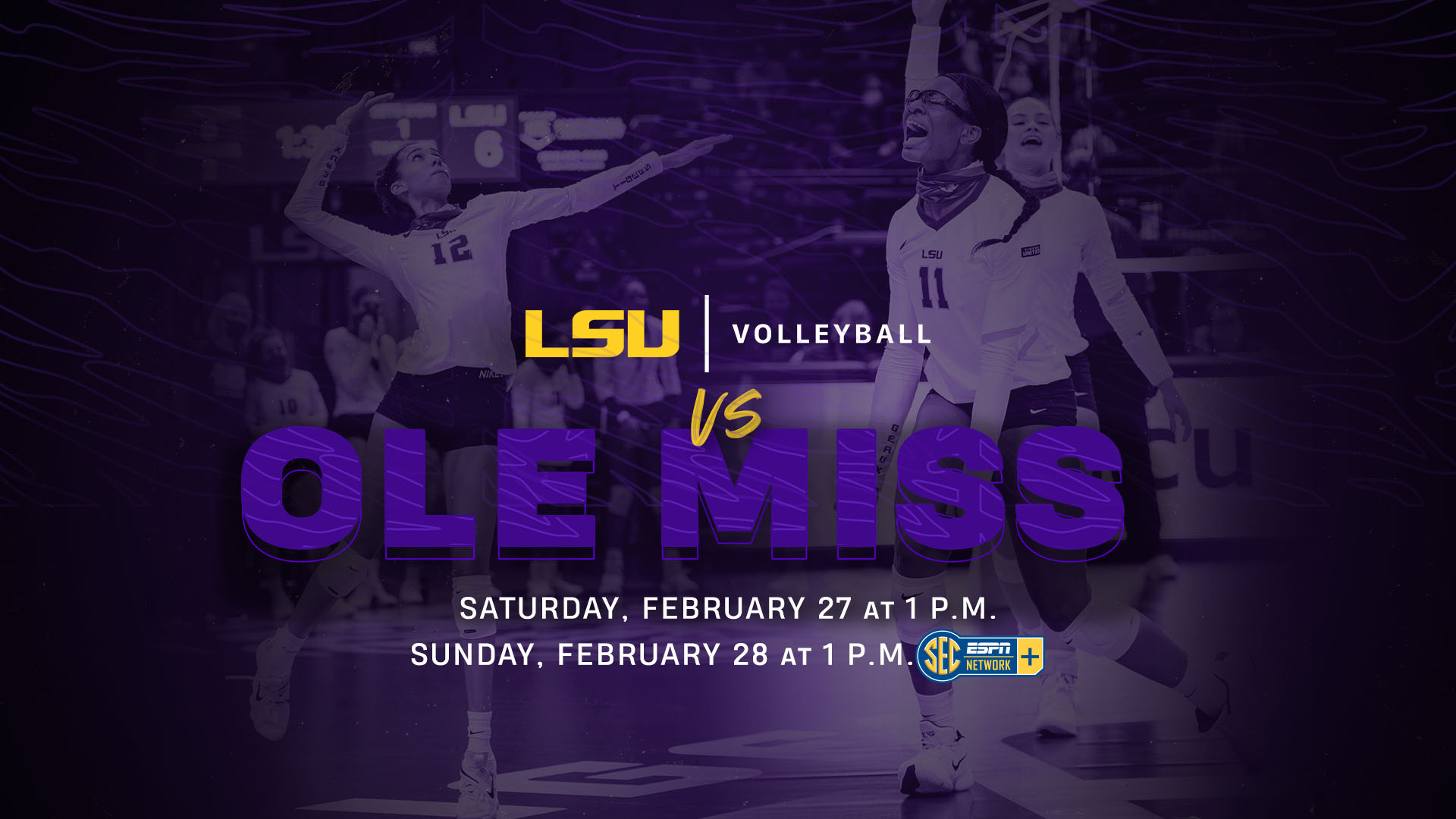 BATON ROUGE – The LSU Volleyball team (4-8) is back in the PMAC for the second week in a row and is set to host Ole Miss (0-12) Saturday and Sunday with both matches set to begin at 1 p.m. CT.

Saturday’s match will not be streamed but Sunday’s match will be available on the SECN+. Both teams have gone back and forth, trading off wins and losses in each of the past 10 matches. Ole Miss won the matchup last season.

“We have to prepare for a team that is hungry to win,” said head coach Fran Flory. “They’re going to be driven. LSU, Ole Miss matches have historically been barn burners and great defensive matches. I don’t expect anything different from that. From our perspective to execute, we have to kill balls and we have to control our side.”

The Tigers return to action after splitting two matches against Arkansas last week. Arkansas took the first of two, but LSU came back strong in match number two as the two teams split the set.

Raigen Cianciulli became LSU’s all-time digs leader last week and the first players in program history to surpass 1,600 career digs. She had 36 digs throughout the two matches vs. Arkansas and was named SEC Defender of the Week.

Karli Rose had a great week for the Tigers at setter. She 97 assists in the two matches, including 54 in the second match against the Razorbacks which was one shy from tying her career high. She had a double-double in that match too with 13 digs, her fourth of the season. Adding seven kills, Rose was named SEC Setter of the Week.

Ole Miss enters the weekend looking for its first win of the season. It’s a team that has taken the court 12 times and lost every time so Ole Miss will come in to Baton Rouge hungry for a win.

“Ole Miss is going to be a good defensive team,” said Flory. They have a great right side (Samantha Schnitta) who can kill a ton of balls. Their middles are good and solid. I think that we’re going to have to keep the ball off the floor and be efficient.”