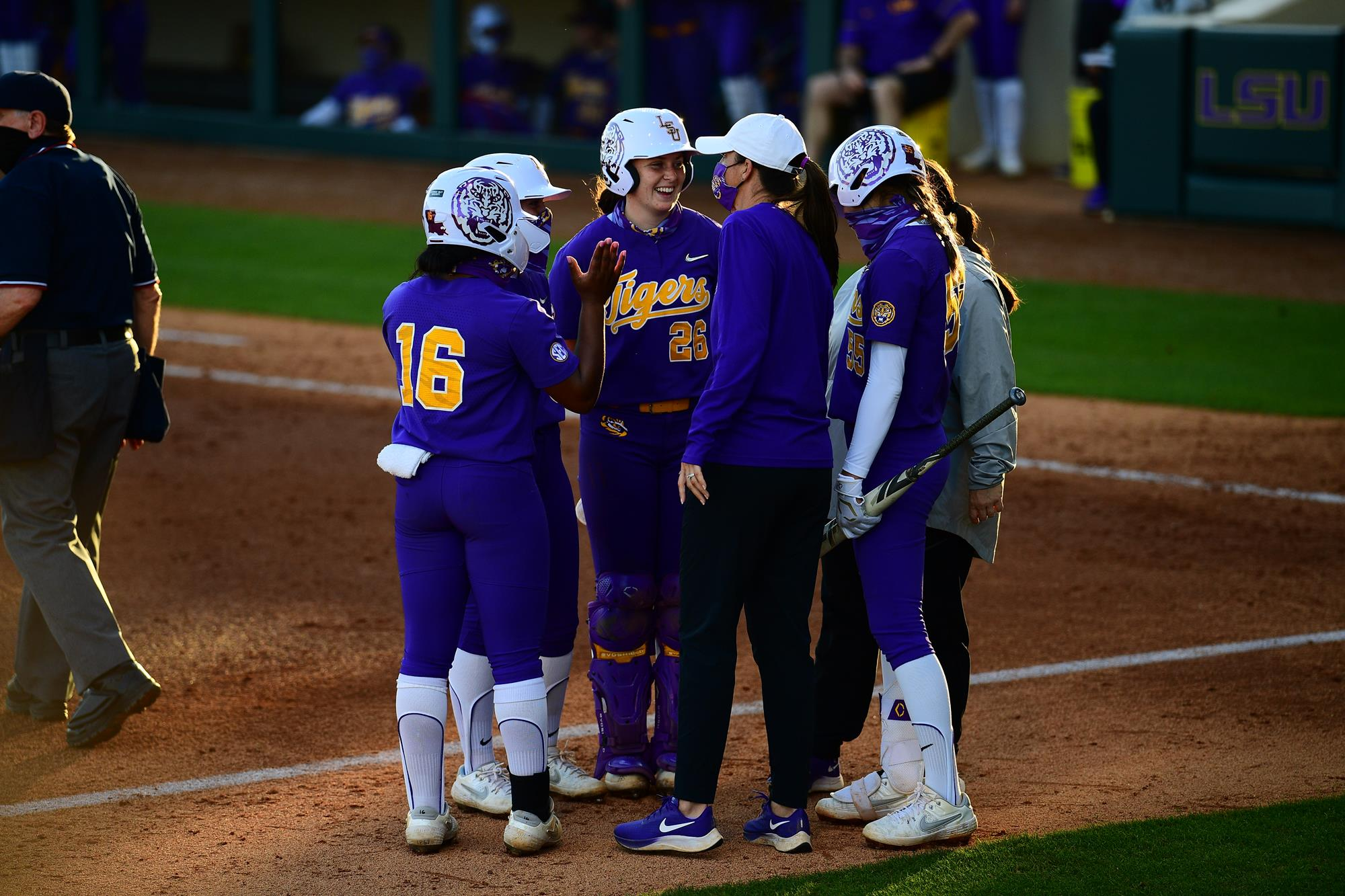 BATON ROUGE – The LSU softball team dropped a doubleheader Friday night to No. 10 Oklahoma State, falling in game one 1-0 and 3-1 in game two. Tigers fall to 8-5 on the season while the Cowgirls move to 11-0 on the year.

The Tigers close out the LSU Invitational Saturday with two games, taking on No. 9 UL-Lafayette at 4 p.m. and Buffalo at 7 p.m. Game one with ULL will stream live on SECN+ with game two airing on SEC Network.

Oklahoma got on the board in the second inning, plating a runner on a single to centerfield taking a 1-0 lead.

That would be it the rest of the way as it was a pitcher’s duel for the next five innings.

Aliyah Andrews was able to get the first hit of the day for the Tigers with a single to left field. The Tigers came close to scoring in the bottom of the sixth when Amanda Doyle reached on an error. Akiya Thymes entered to pinch run and she advanced to second on a fly out by Sunseri. Thyme moved to third on a wild pitch and was in scoring position. Ciara Briggs drew her third walk of the day to put runners on the corners, but the Tigers weren’t able to plate a run in the bottom of the inning.

Despite recording six strikeouts, Sunseri took the loss in the circle and moved to 3-2 on the year.

Andrews and freshman Danieca Coffey were the only Tigers to record hits in game one.

The Cowgirls put two runners on early in the top of the second, but Shelby Wickersham added a huge strikeout in the circle to record the first out of the inning. The Cowgirls plated one run on an infield single and the Tigers made a switch in the circle, going to Ali Kilponen. Kilponen was able to get Oklahoma State to pop up to end the inning.

In the home half of the inning, Doyle drove a solo shot over the left field wall to even the score at one early in the game.

An error got the Tigers in the fifth to allow the Cowgirls to score two more, giving Oklahoma State a 3-1 lead the rest of the way.

The Tigers tried to get things going at the plate as Ciara Briggs led off the bottom half of the fifth with a triple to the left center gap, but she was left at third.

The Tigers had three hits in game two. Doyle went 2-for-3 with a home run while Briggs went 1-for-3 with a triple.

“We couldn’t seem to come up with the timely hits, and you know credit to them (Oklahoma State) for making big pitches in big situations.”