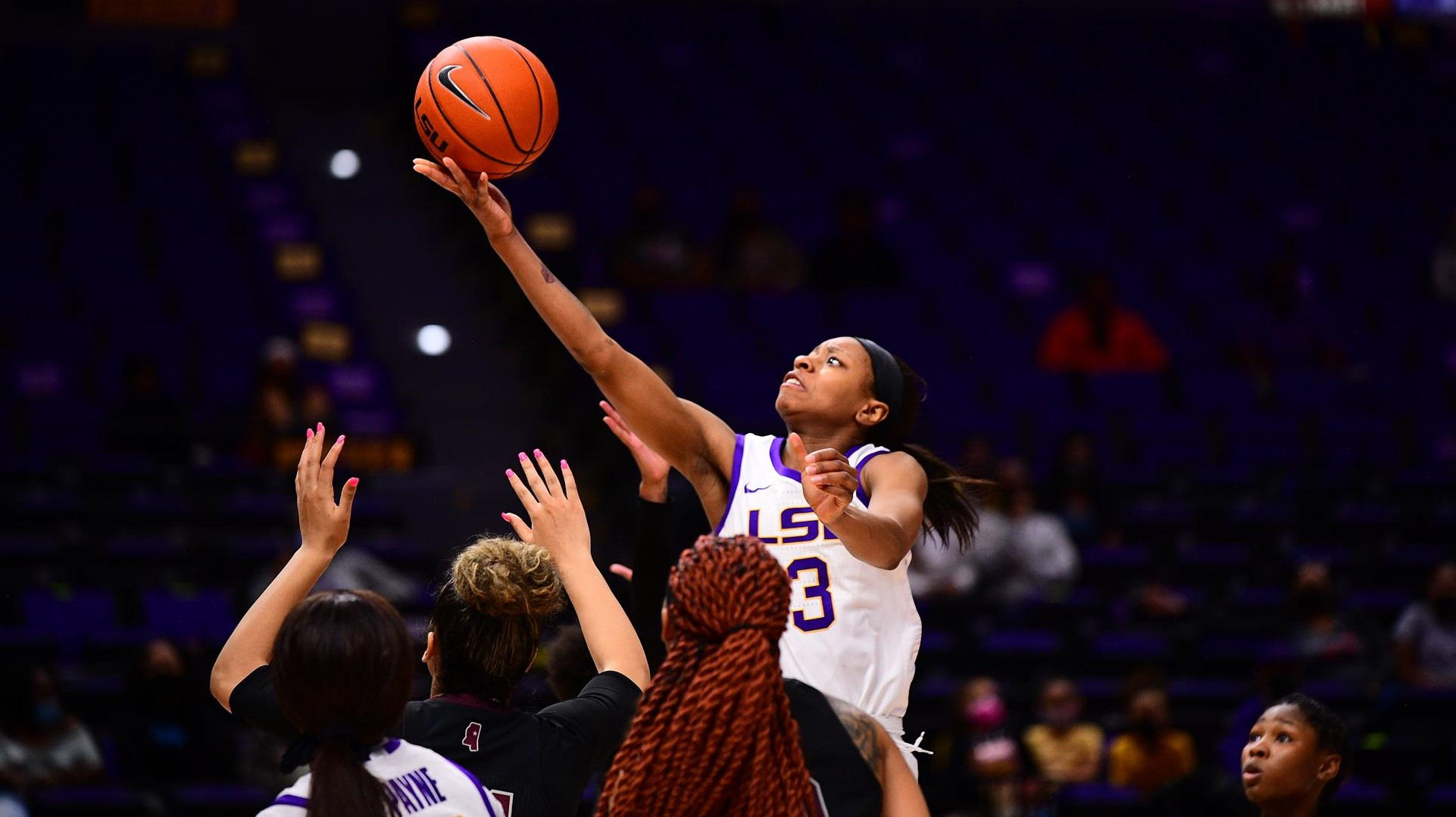 BATON ROUGE – In the regular season finale, LSU women’s basketball came up just short after a hard-fought game against Mississippi State, losing by a 68-59 score in the Pete Maravich Assembly Center on Thursday night.

The Tigers were led in scoring by senior Khayla Pointer who had 17 points and grabbed seven rebounds while also adding four assists. Going into the game, Pointer was tied at No. 7 on LSU’s all-time career assists list with LeNette Caldwell (420; 1974-80), but after her performance against the Bulldogs, she is now in sole possession of the No.7 spot with 424 career assists.

The Tigers were able to out-rebound the Bulldogs by a 43-31 margin on the glass.

“I thought in the second half they were very intentional on picking up their intensity and really getting after us defensively. It allowed them to get their transition game going, and we weren’t able to score the basketball enough possessions in that third quarter. We only made three baskets, so it’s really hard to set our pressure when you’re not making baskets. We had too many breakdowns in defensive awareness. We did a nice job of guarding the three-ball in the first half. They went 1-10. Then, in the second half they go 4-7. That’s a problem that allowed them to get going. We were giving them transition and threes. It’s really difficult to guard a team when you leave players wide open.”

On LSU having trouble scoring in the second half…

“I thought, when you look at Khayla (Pointer) and her game, when they bring two defenders, we have to reverse the ball. I thought we had the ball stuck way too long, so when she did see the double-team, we needed a quick ball reversal and a play on the backside. We had opportunities to score the basketball. When you get 18 offensive rebounds, I’m crediting our team for that, but to only score eight points off of those offensive rebounds, that makes for difficult offense. In that stretch where we didn’t score, I thought we turned the ball over way too much. We took care of the basketball in the first half, but during that stretch in the third quarter we had seven turnovers on 12 possessions, and that is something that is gonna make your offense look really choppy.”

The Tigers will wait to find out their opponent in the first round of the Southeastern Conference Tournament after the rest of the league plays on Sunday. LSU was schedule to play Vanderbilt on Sunday before the Commodores opted out of the season in January. The tournament will be hosted in the Bon Secours Wellness Arena in Greenville, S.C. from March 3-7.