Tigers Shut Out UL-Lafayette on the Road 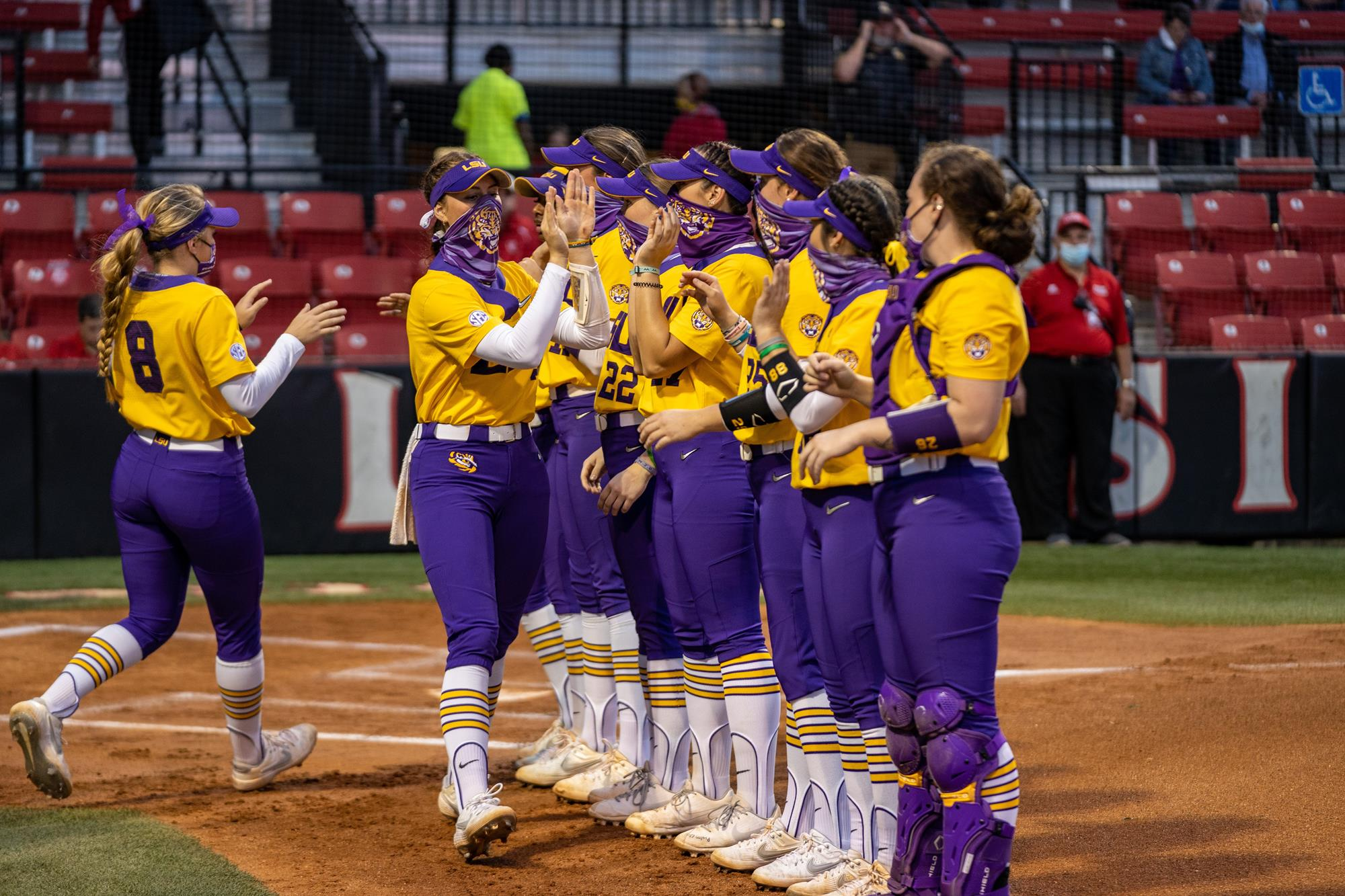 LAFAYETTE, La. – The No. 11/13 LSU Softball team took down No. 9 ULL Thursday night in Lamson Park, 4-0, the Tigers’ third straight shutout. LSU improves to 8-3 on the year, while the Ragin’ Cajuns suffer their first loss of the season, dropping to 6-1.

The Tigers got on the board first in the first inning. Aliyah Andrews led off the game with an infield single to shortstop and would score from first on a Taylor Pleasants double to right center.

Maribeth Gorsuch kept the Ragin’ Cajuns off balance. She allowed her first base runner in the fourth inning on a five-pitch walk.

The Tigers came around to score again in the fifth, taking a 2-0 lead. Morgan Cummins singled down the left field line to lead off the inning. Anna Jones came into pinch run for Cummins and advanced to second on a groundout. She advanced to third on Andrews bunt single and scored on an error by the third basemen.

Another run came across for the Tigers in the sixth as Shelbi Sunseri led off the inning with a triple to left field. She came in on a sacrifice fly by Georgia Clark to give the Tigers a 3-0 lead.

One more run came in the seventh for the Tigers as Andrews doubled to left and scored on another Pleasants single to center, taking a 4-0 lead for the rest of the way.

Gorsuch, after a stellar performance, earned the win in the circle, her first win of the season. She recorded four strikeouts on the night.

Pleasants led the Tigers at the plate with a 3-for-4 performance and tallied two RBI. Aliyah Andrews also went 3-for-4 and scored two runs.

The Tigers will face Oklahoma State in a doubleheader Friday, starting at 4 p.m. The two games will stream live on SEC Network+.

Torina’s Thoughts
Thoughts on the overall performance tonight…
“We’ve been looking for a game like this all season. We talk all the time about the three aspects – hitting, pitching and defense. We always say you have to have two out of three. This was the first three that we had all three show up on the same night. We did a lot of things really well. We had solid defense and a strong pitching performance on the mound. The offense was good against a talented pitcher from ULL.”

The offense tonight against ULL’s pitcher…
“She’s really talented and we’ve seen her quite a bit in her time here. We know how good she is and for the offense to come out and score like that right away was a big momentum shift right at the beginning. They continued to create a little bit of breathing room and that was really important to assuring up the win in the last inning.”

Maribeth Gorsuch’s performance in the circle…
“Maribeth has worked really hard to get to the spot that she is in. We cleaned up a couple of things in the bullpen. This is the person that needs to lead this team. Shes a veteran for us and a competitor. Everyone was excited to have her on the mound tonight. It’s always fun to see one of your leaders step up and have a day like that.”