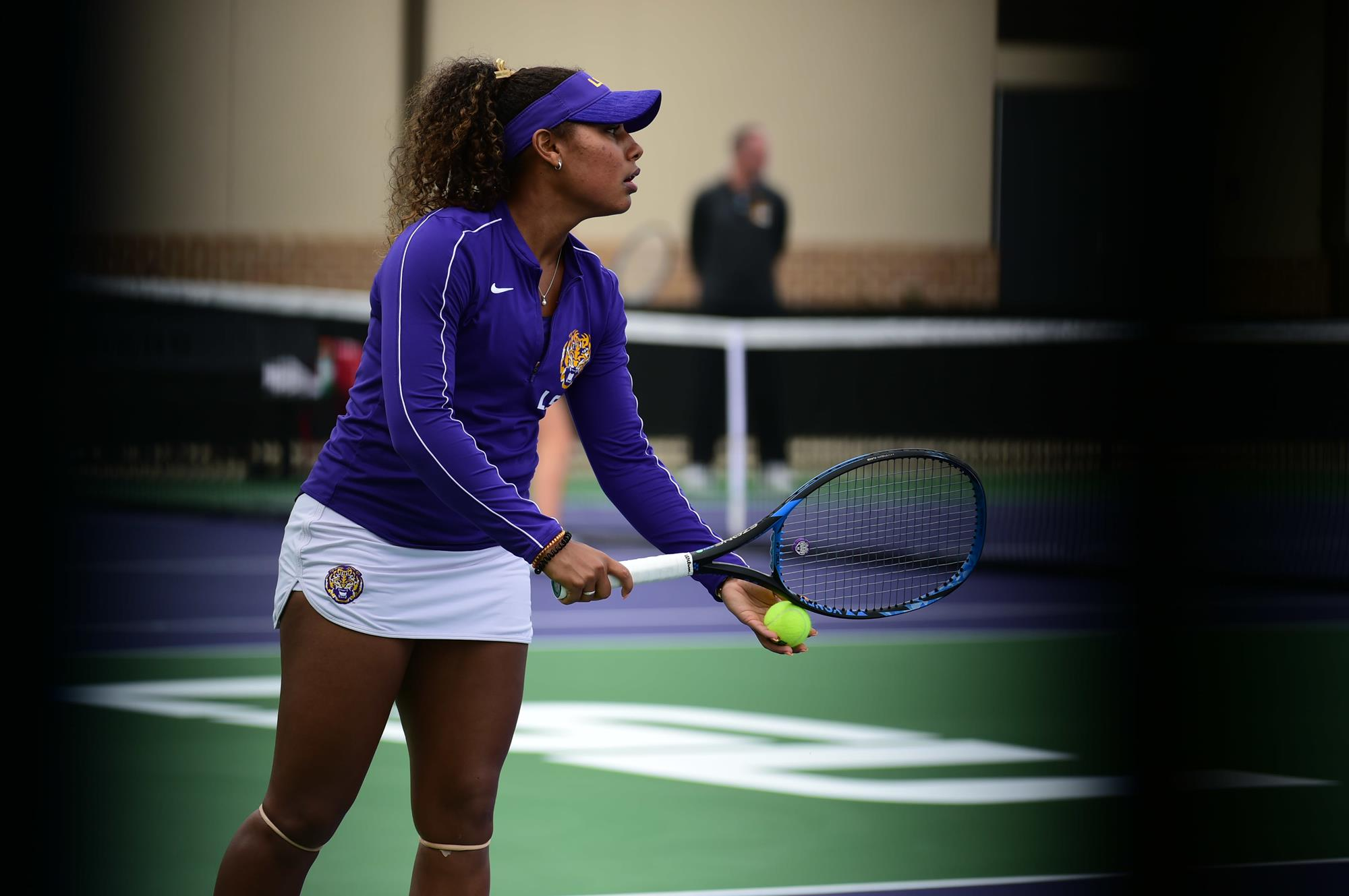 “We’re looking to build on our strong momentum we’ve gathered thus far,” co-head coach Michael Sell said. “Every weekend in SEC play is a weekend of challenging matches that require us to have strong mental fortitude and to be the best versions of ourselves. This team is fighting as one strong unit and we’re excited to get the weekend started tomorrow night.”

LSU is looking for its third win against Florida in program history, with Florida claiming victory in 47 of the 49 matches through the years. When the teams met in Gainesville last year, the Tigers came out victorious in a 4-2 contest thanks to the doubles point and singles wins from seniors Taylor Bridges and Eden Richardson and sophomore Nina Geissler.

The Tigers and the Gamecocks will meet for the 32nd time on Sunday, with South Carolina having a 25-6 series advantage. When the teams met in Columbia last season, sophomore Maggie Cubitt grabbed LSU’s lone point in a 4-1 defeat.
Last Time Out

LSU opened conference play with a 4-3 win at Kentucky on Saturday afternoon before concluding the weekend with a 4-2 upset over No. 9 Vanderbilt on Monday afternoon. The wins mark the third consecutive year the Tigers start SEC play 2-0, and the win over Vanderbilt marks the Tigers’ first win over a top 10 opponent since 2017.

Geissler has gotten off to a hot start in singles play in the dual season, opening the season a perfect 6-0 playing at the No. 4, 5, and 6 singles spots for the Tigers. Geissler is joined by Cubitt and freshman Samantha Buyckx in boasting a perfect singles record in dual play, with the two currently sitting at 3-0 and 2-0, respectively.

The southwestern tandem of Bridges and fellow senior Paris Corley lead the team in wins in both singles and doubles competition in the overall season. Corley currently sits at a team-high 12-2 in singles, with Bridges not far behind at 10-4. In doubles play, the two have dropped only one game when paired together, sitting at 8-1 when playing as a duo and both 11-3 overall in doubles action.

In the Oracle-ITA Rankings, LSU moved up four spots in the latest team rankings to No. 19. In individual rankings, the Tigers are represented in both doubles and singles. Richardson and Geissler checked in as the No. 14 doubles duo in the nation, while in singles Bridges is ranked No. 41 and Carrington checks in at No. 83.