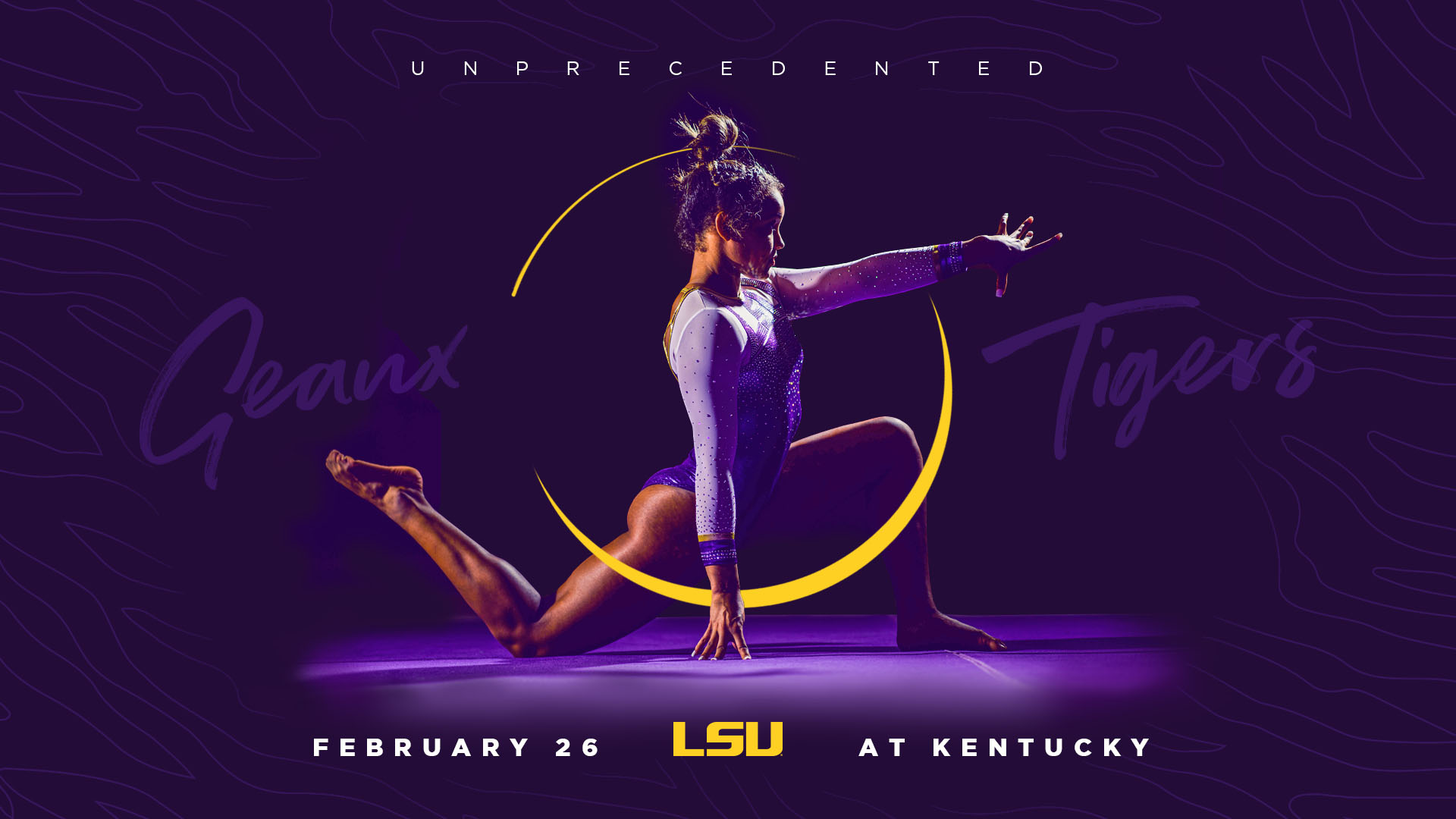 The meet will be televised live on SEC Network with John Roethlisberger and Alicia Sacramone Quinn on the call.

“I think this team is hungry and ready to get back and prove that they learned from last week,” head coach Jay Clark said. “We had a good meet last week but there were a lot of tenths left out on the floor. It is really important to go out and go 24-for-24 and continue progressing as a team overall and keep everything in perspective.”

Tigers in the Rankings
The LSU Gymnastics team remained at No. 2 in week six of the Road To Nationals rankings with an average score of 197.325. The Tigers own four 197-plus team scores in 2021 and rank in the top five nationally on all four events. The beam and floor lineups rank second, bars is third in the nation and vault is fourth.

Freshman Haleigh Bryant is one of the top all-around gymnasts in the nation. She ranks ninth in the all-around and fifth on vault. Seniors Bridget Dean and Sami Durante continue to provide outstanding routines and rank 10th on beam and fourth on bars respectively.

Bryant Adds Another SEC Weekly Honor Following Alabama
Haleigh Bryant has been named the SEC Freshman of the Week following her 39.600 all-around performance at Alabama. The North Carolina native matched her career high in the all-around and anchored floor with a 9.95. Bryant also scored a 9.90 on vault and a 9.875 on bars and beam. It marked the fifth honor for Bryant by the league office. She was named the best freshman in the league in weeks one, three and five. She also was named the top gymnast after the Tigers’ road meet against Arkansas.