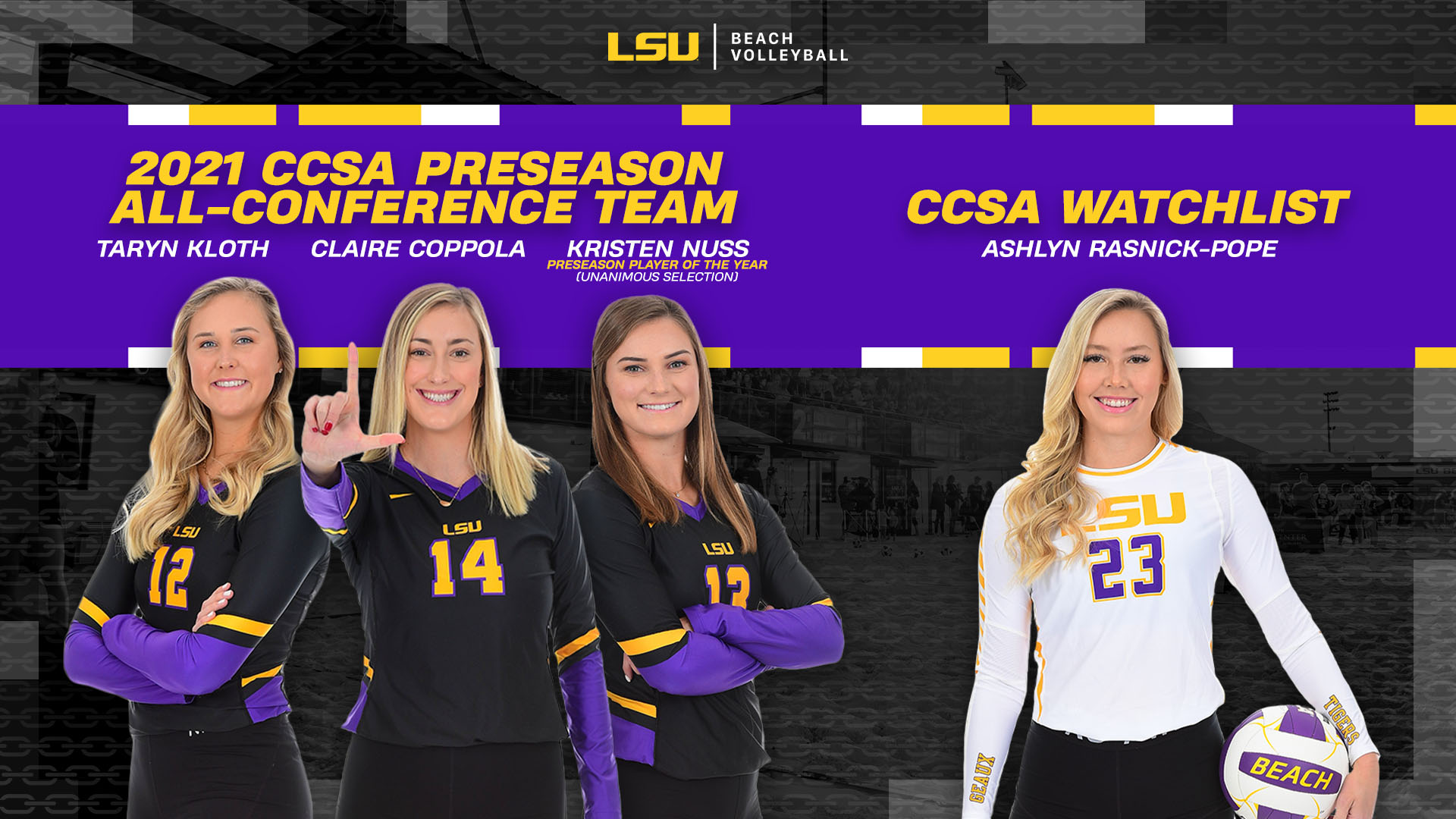 Baton Rouge – Kristen Nuss of LSU’s No. 1 Beach Volleyball team headlined the CCSA Preseason All-Conference team as the Player of the Year and only unanimous selection and she was joined by Claire Coppola and Taryn Kloth. Ashlyn Rasnick-Pope was named to the Preseason Watch list.

This is the fourth season in a row that Coppola and Nuss have earned Preseason All-Conference honors and the third straight that Nuss has earned a unanimous selection by the coaches in the conference. Kloth was named to the Preseason Watch list prior to the 2019 season. This is the first time that Rasnick-Pope has earned preseason honors.

The top-ranked Tigers are set to begin their season Friday and Saturday at the Houston Baptist Tournament with four matches. LSU enters the season having finished the 2020 season winning 11 matches in a row before the season ended prematurely.

Coppola and Nuss have been listed on numerous All-America teams since their freshmen season in 2017 and are the only two players in program history to have over 100 individual wins –  they have earned all 103 of those together as only the third college beach pair to ever reach that mark.

Nuss played with Kloth throughout the offseason though, winning three AVPNext events and showing signs of pure dominance. It still remains to be seen which two will take Court 1 when the Tigers begin their season, but no matter who it is LSU looks to be set up for major success on the top court.

Last season Kloth competed on Court 4 with Kellie Greene-Agnew, going undefeated in 13 matches. They were the only pair in the country last year that played in at least 10 matches and did not drop a single set. She continued that dominance throughout the offseason with Nuss as the duo seldom lost a set.

Rasnick-Pope is heading into her junior season and has 56 career victories. She was 10-3, playing all but one match with Toni Rodriguez on Court 3 last season. She was named to the CCSA All-Tournament team in 2019 with Rodriguez as her partner, going 4-0 throughout the tournament.