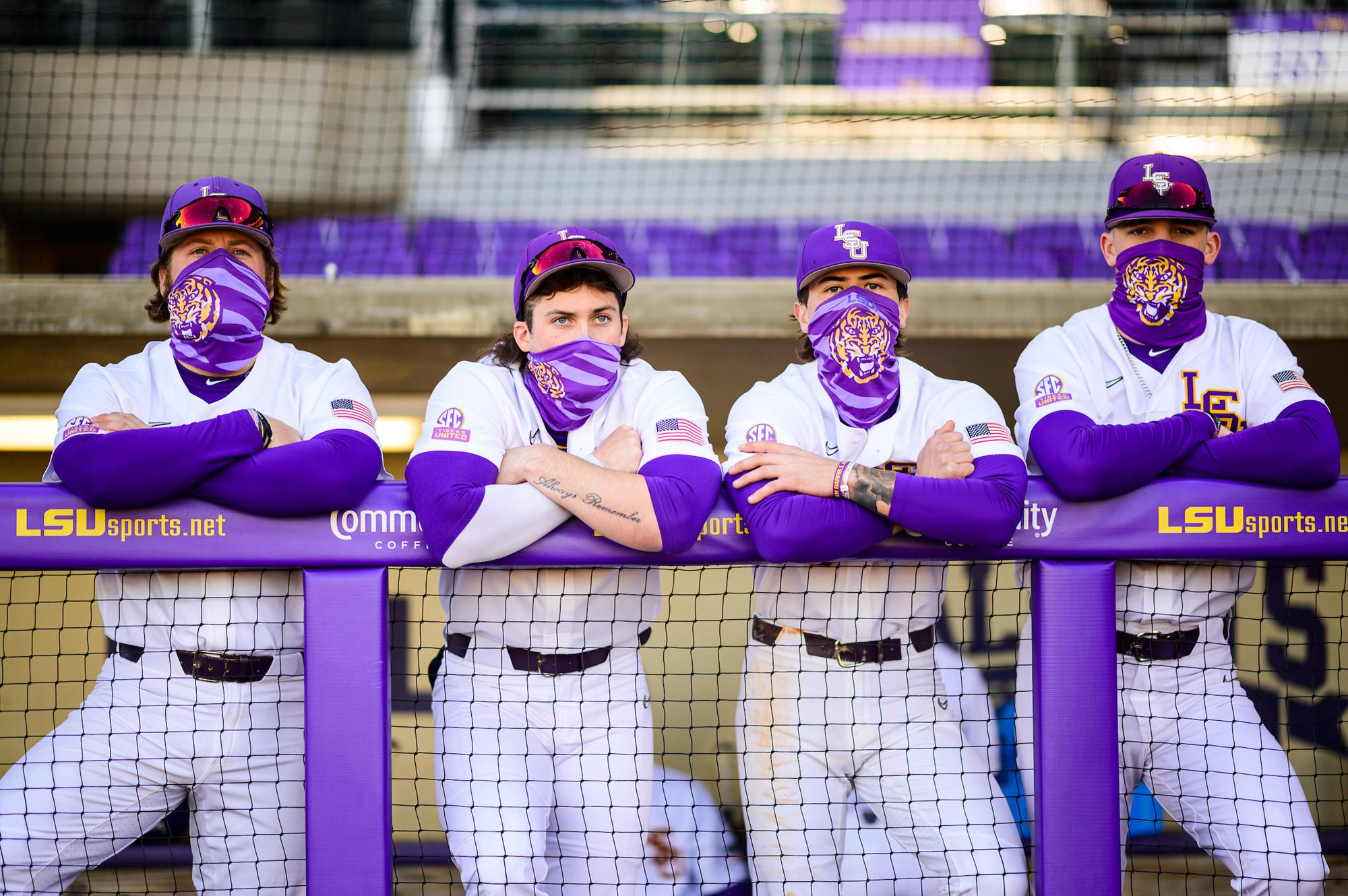 LAFAYETTE, La. – LSU freshmen pitchers Garrett Edwards and Will Hellmers combined to limit UL Lafayette to one run through the first five innings Wednesday night, and the 11th-ranked Tigers erupted for five runs in the ninth inning to pull away for an 11-2 victory at Moore Field.

LSU improved to 3-1 on the year, while UL Lafayette dropped to 3-2. LSU returns to action at 7 p.m. CT Friday when the Tigers play host to Youngstown State in Alex Box Stadium, Skip Bertman Field.

“It was a great team victory for us tonight; I thought we played well in all facets of the game,” said LSU coach Paul Mainieri. “I thought we really swung the bats well all night, and the story of the game was the two freshmen pitchers, Edwards and Hellmers. Garrett got us off to a great start, and Will looked fantastic in his two innings. Getting an early lead really helped both of those guys and allowed them to challenge the hitters.

“We had a lot of great at-bats, and it was just a total team effort. I’m really proud of the guys; it was fun to win a game on the road against a really good team.”

Edwards, making his first career collegiate start, limited the Cajuns to one run on three hits in three innings with one walk and four strikeouts. Hellmers (1-0) retired six straight batters – including two strikeouts – in the fourth and fifth innings to earn the win.

Freshman pinch hitter Brody Drost highlighted a five-run outburst in the ninth with a two-run blast over the right-field fence, his first collegiate home run.

ULL starter Connor Cooke (0-2) was charged with the loss, as he surrendered four runs – one earned – on four hits in three innings with three walks and four strikeouts.

The Tigers struck for three runs in the top of the second inning against Cooke, as catcher Alex Milazzo provided an RBI groundout, Doughty delivered an RBI single, and third baseman Jordan Thompson scored on an error by Cajuns shortstop Sam Riola.

LSU added a run in the third when DH Cade Beloso led off with a walk and later scored on a Thompson single.

ULL narrowed the gap to 4-1 in the third inning on a solo homer by first baseman Brennan Breaux, his first of the season.

The Tigers expanded the lead to 5-1 in the sixth when shortstop Zach Arnold drew a bases-loaded walk, scoring rightfielder Dylan Crews who had struck out swinging to lead off the inning, but reached first base on a passed ball. Crews moved to third on a Doughty single, and after Beloso walked, Arnold drew the walk to score Crews.

LSU took advantage of a ULL error in the seventh to increase the margin to 6-1 before the Tigers exploded for five runs in the top of the ninth fueled by Drost’s homer, an RBI double by Doughty and an RBI single by first baseman Tre’ Morgan.

Trailing 6-2 in the bottom of the eighth, the Cajuns loaded the bases with nobody out, but catcher Drake Osborn hit a hard liner back to LSU reliever Devin Fontenot, who snared it and threw to first for a double play. Fontenot then struck out third baseman Kevin Fitzgerald to end the threat.