Schools Meeting for the 93rd Time on the Diamond 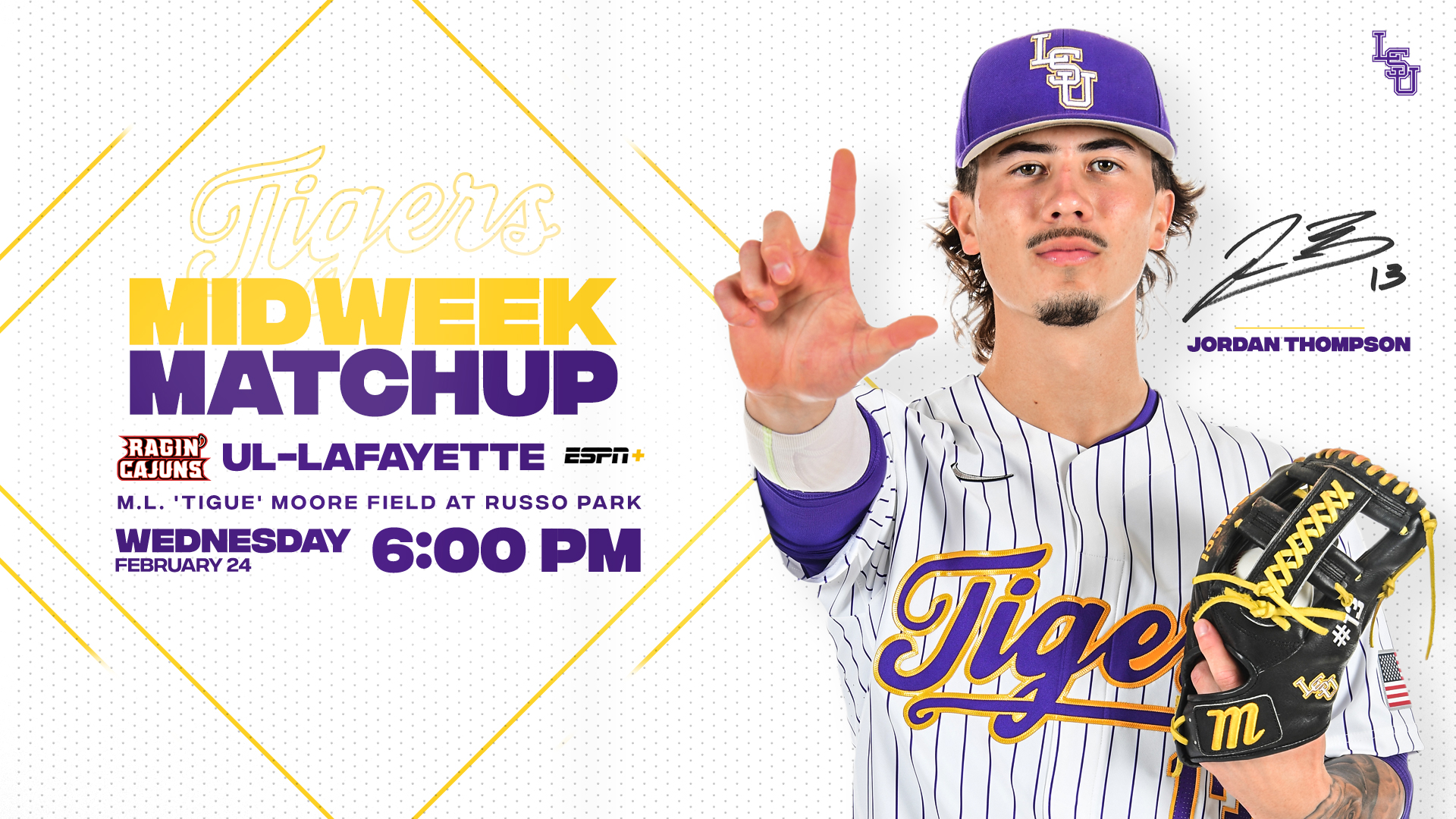 SERIES RECORD VS. UL-LAFAYETTE
LSU leads the all-time series with UL-Lafayette, 55-27, as the squads first met in 1912. LSU has won five of the last eight and 15 of the 23 meetings with ULL since 2000. However, the Cajuns have defeated the Tigers three straight times, including twice during the 2018 season – a 3-1 win in the Wally Pontiff Classic in Metairie, La., and a 4-3, 10-inning victory at Moore Field in Lafayette. In the teams’ most recent meeting, UL-Lafayette recorded a 6-5 win over the Tigers on April 16, 2019, at the Pontiff Classic in Metairie. LSU coach Paul Mainieri has an 11-6 career mark against UL-Lafayette.

QUOTING PAUL MAINIERI
“We’re excited about playing in Lafayette; it’s always a great atmosphere there, though I know there will be some capacity restrictions this season. They had a big series win at Tulane over the weekend, and they’re going to be excited about playing LSU Wednesday night. We’re going to go with Garrett Edwards on the mound, and he’s a kid that I have a lot of confidence in. He demonstrates a lot of poise, and hopefully he’ll get us off to a good start and give us a chance to win.”

ABOUT THE TIGERS
• Eleventh-ranked LSU is 2-1 on the year after splitting two games with Air Force on Saturday and Sunday, and defeating Louisiana Tech, 16-7, on Monday night.
• LSU rightfielder Dylan Crews was named Tuesday as the SEC Freshman of the Week by the league office … Crews, a product of Longwood, Fla., enjoyed an outstanding collegiate debut, helping to lead LSU to two wins in the Tigers’ first three games … Crews hit .583 (7-for-12) over the weekend with two homers, three RBI and two runs scored. He also walked four times and recorded an on-base percentage of .688.
• Freshman right-hander Garrett Edwards will make his first career collegiate start Wednesday night at UL-Lafayette … Edwards pitched one relief inning on Saturday versus Air Force, allowing no runs on one hit with no walks and two strikeouts … Edwards is a former Louisiana Class B Player of the Year in both baseball and basketball at Pitkin High School.
• Junior leftfielder Gavin Dugas posted a career-best six RBI in Monday’s win over Louisiana Tech, including a grand slam in the sixth inning that erased a 6-2 deficit … Dugas became the first LSU player to hit a grand slam since February 15, 2019, when Antoine Duplantis hit a grand slam versus UL-Monroe.
• Freshman Jordan Thompson followed Dugas’ grand slam with a solo homer to give the Tigers a 7-6 lead over Louisiana Tech en route to the 16-7 victory … the homer was the first of Thompson’s collegiate career … the sixth-inning homers by Dugas and Thompson marked the first time LSU hit multiple homers in the same inning since May 5, 2019, versus Ole Miss, when the Tigers blasted three homers in a single frame.
• Freshman Dylan Crews hit the first of LSU’s three homers Monday night – a solo shot in the bottom of the third inning with the Tigers trailing 4-0 … Monday marked the first three-homer game for the Tigers since February 18, 2020, versus Southern.
• Freshman left-hander Javen Coleman earned his first collegiate win Monday night, pitching brilliantly in relief against Louisiana Tech …. Coleman worked 3.2 innings, allowing just one run on one hit with one walk and seven strikeouts …  he fired 51 pitches in the outing after entering the game in the top of the fourth inning with LSU trailing 5-1.

ABOUT THE CAJUNS
• UL-Lafayette opened its season last weekend in New Orleans, as the Cajuns posted a 2-1 series victory over Tulane … all three games versus the Green Wave went into extra innings
• ULL outfielder/first baseman CJ Willis, who played at LSU in 2019-20, batted .500 (5-for-10) in two games of the Tulane series, with one double, one triple, two RBI and five runs scored … outfielder Brennan Breaux, also a former LSU player, hit .400 (4-for-10) in the Tulane series with one double, three RBI and one run scored.
• Cajuns freshman infielder Sam Bianco is the younger brother of LSU junior outfielder/infielder Drew Bianco … Drew and Sam are the sons of Ole Miss coach Mike Bianco, who played as LSU’s catcher in 1988-89.