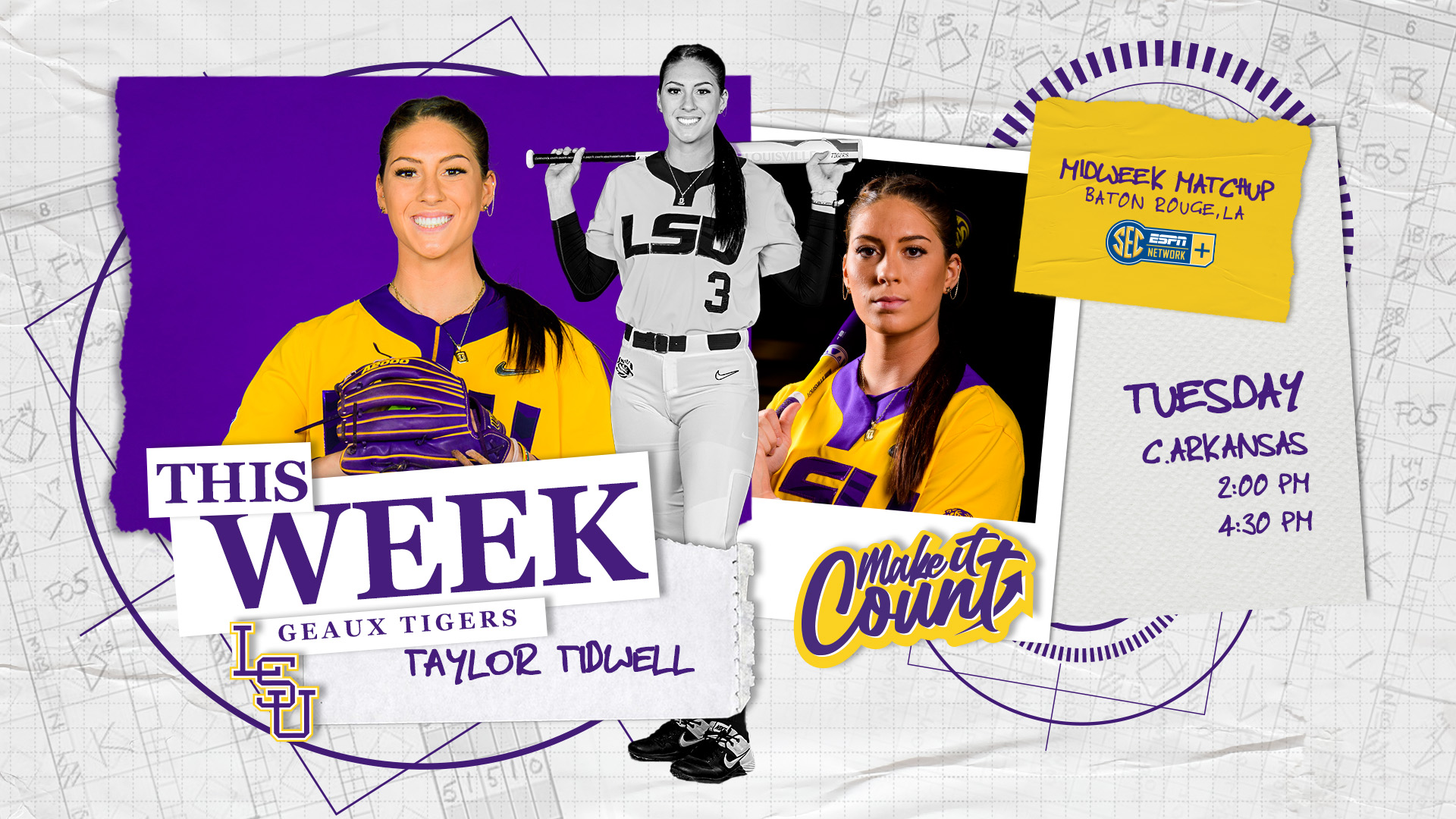 The doubleheader with Central Arkansas was originally scheduled for Sunday, February 14, but inclement weather in the area pushed the game to Tuesday, February 23.

Both games will stream live online through SECN+ and the WatchESPN app with Hall of Famers Lyn Rollins and Yvette Girouard on the call. Live stats for each game are available at LSUStats.com.

About the Tigers
LSU is looking to bounce back after a 2-2 weekend. The Tigers claimed two wins over Liberty but fell to No. 5/6 Alabama twice. Taylor Pleasants was a highlight on the weekend as she went 6-for-14 at the plate (.429) with two doubles, two home runs and six RBI. Shelbi Sunseri and Shelby Wickersham each got a win in the circle. On the season, Ciara Briggs leads the squad with a .476 average. Amanda Doyle is hitting .385 with five home runs and 13 RBI. In the circle, Sunseri leads the staff with a 0.40 ERA. She is 3-1 with 13 strikeouts in 17.1 innings of work.

About Central Arkansas
Central Arkansas has been on the road for the first two weekends of play. They fell in all three games in the Tiger Classic in Baton Rouge in the first weekend and just finished up the Texas A&M Invitational Monday. They are coming off a 3-2 weekend, falling to SEC foe Texas A&M twice. Tylar Vernon is leading the squad with a .471 batting average. She has three doubles on the year. Jenna Wildeman is hitting .421 at the plate with two doubles, two RBI and two stolen bases. In the circle, Kayla Beaver leads the staff with a 3.31 earned run average. She is 1-1 and has recorded nine strikeouts in 16.1 innings of work.

What’s Next
The Tigers will play in the ULL/LSU Invitational over the weekend. LSU will head to ULL on Thursday for a single game at 6 p.m. before hosting Oklahoma State for a doubleheader Friday at 4 p.m. The tournament will conclude Saturday with games against ULL and Buffalo at 3 p.m. and 5:30 p.m. inside Tiger Park.