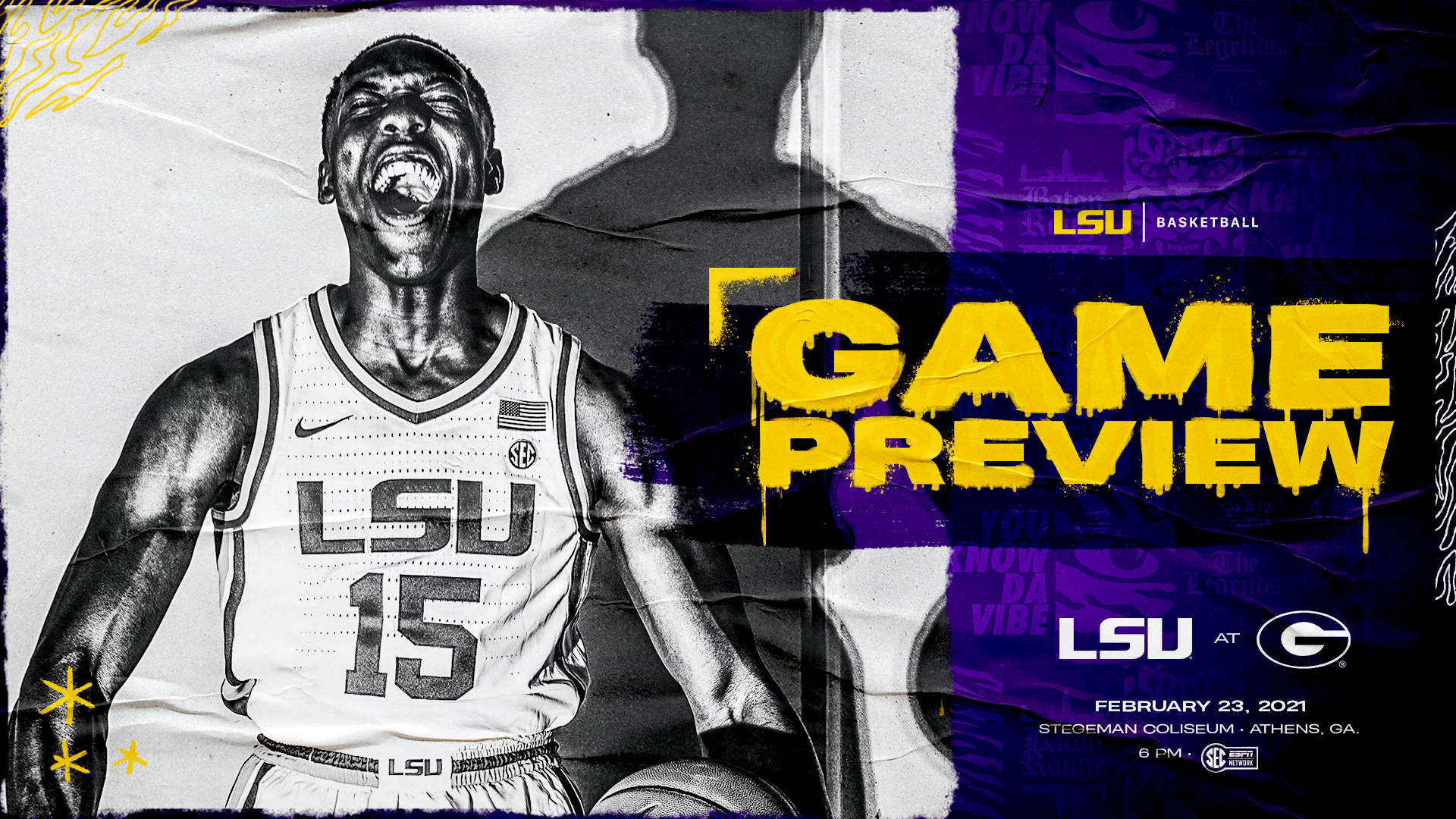 BATON ROUGE – The LSU Tigers look to continue the success of the last three games when they travel to Athens, Georgia for a Tuesday night game with the Georgia Bulldogs at Stegeman Coliseum.

The Tigers and Bulldogs will tip at 6 p.m. CT with the game on the SEC Network. Tom Hart and Jon Sundvold will handle the broadcast call. The “Voice” of the Tigers, Chris Blair, and former LSU head coach John Brady will call the game on the affiliates of the LSU Sports Radio Network (Guaranty Media flagship Eagle98.1 FM in Baton Rouge).

This will be the second time in the last three years that the teams will meet twice in the same year. LSU won the first meeting on Jan. 6 in Baton Rouge in a wild game, 94-94 in overtime. That game featured 20 lead changed and nine ties.

Georgia had a 10-point lead with nine minutes to play and still led by six with 1:57 left, but Javonte Smart hit back-to-back three-pointers to tie the game and force the overtime that allowed LSU to prevail.

Cameron Thomas led LSU with 26 points in the game while Javonte Smart had 21, Trendon Watford 17 and Darius Days 13 points and 11 rebounds. Justin Kier had 25 and Sahvir Wheeler 21 to lead UGA with Toumani Camara getting 14 points and 10 rebounds. Georgia out rebounded LSU 43-40 and had a 28-3 advantage in fast break points.

The Tigers have shot over 50 percent in each of the last three games and besides LSU’s four ot Thomas, Smart, Watford and Days, has gotten good minutes and production from players like Aundre Hyatt, Josh LeBlanc Sr., and Mwani Wilkinson, Eric Gaines and Jalen Cook.

LSU will be looking for its fourth league win on the road in seven games as it stands 3-3 in SEC road games with wins at Ole Miss, at Texas A&M and at Mississippi State.

The Tigers are on the road this week and will be in Fayetteville on Saturday at 1 p.m. to play Arkansas at Bud Walton Arena before returning home for what could be the final game of the regular season on March 2 against Vanderbilt.