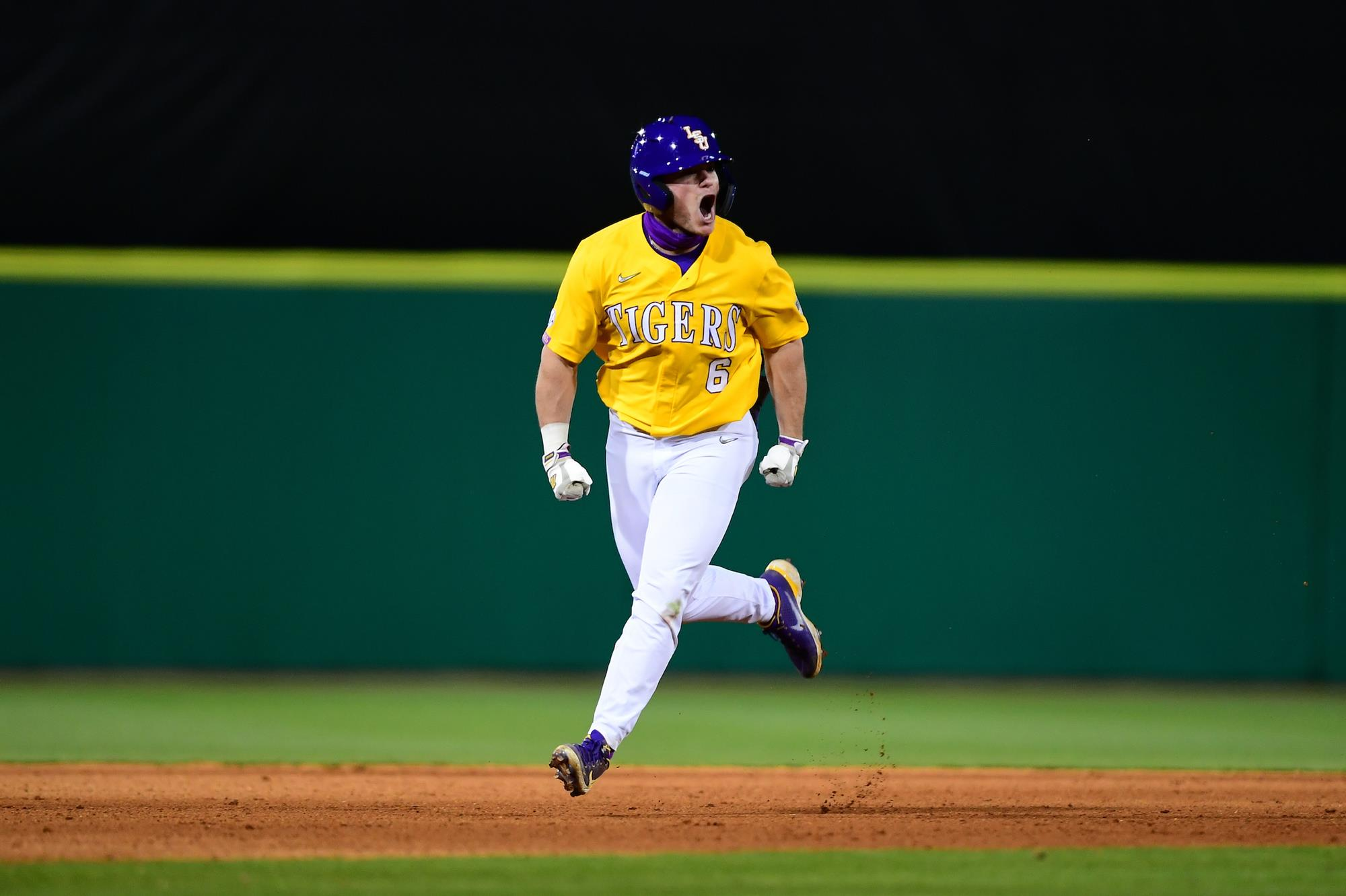 LSU improved to 2-1 on the year, while Louisiana Tech dropped to 1-1 with the loss.

The Tigers will face UL-Lafayette at 6 p.m. Wednesday at M.L. ‘Tigue’ Moore Field at Russo Park in Lafayette. The game may be viewed on ESPN+, and it can be heard on affiliates of the LSU Sports Radio Network.

Freshman left-hander Javen Coleman (1-0) pitched brilliantly in relief for the Tigers to earn the victory. He worked 3.2 innings and recorded seven strikeouts while allowing one walk, one hit and one run.

“Tonight’s game showed that our players have a maturity about them; they turned the page after a tough loss (to Air Force) yesterday,” said LSU coach Paul Mainieri. “We had a great pregame batting practice and pregame infield, and you could see the guys were focused and enthused about playing. They went out there and played their hearts out tonight.

“You never heard any negativity in the dugout when we were down by four runs. Javen Coleman came in and settled the game down for us, Dylan Crews gave us a spark with a solo homer, and then the sixth inning was huge for us.”

Louisiana Tech reliever Tyler Follis (0-1) was charged with the loss, as he gave up the go-ahead, solo homer to LSU third baseman Jordan Thompson in the bottom of the sixth.

Louisiana Tech struck first in the third inning with a solo homer by second baseman Taylor Young off of LSU starter AJ Labas.  After back-to-back singles, rightfielder Steele Netterville ripped a triple off the right field wall to score two runs. DH Manny Garcia added a single to center field, scoring Netterville for the fourth run of the inning.

Crews put LSU on the board in the home half of the third with his second homer of the year, narrowing the deficit to 4-1.

Trailing 5-1 in the fifth, Crews provided an RBI single to bring LSU within three runs, but the Bulldogs expanded to lead to 6-2 in the top of the sixth on a solo homer by centerfielder Parker Bates.

The Tigers exploded for five runs in the bottom of the sixth inning, as Dugas tied the game with a grand slam, and Thompson followed with a solo shot to give LSU a 7-6 lead.

The grand slam by Dugas was the first for an LSU player since February 15, 2019, when Antoine Duplantis unloaded a grand slam versus UL-Monroe.