Balanced Scoring Effort Leads to Another Complete Win for the Tigers 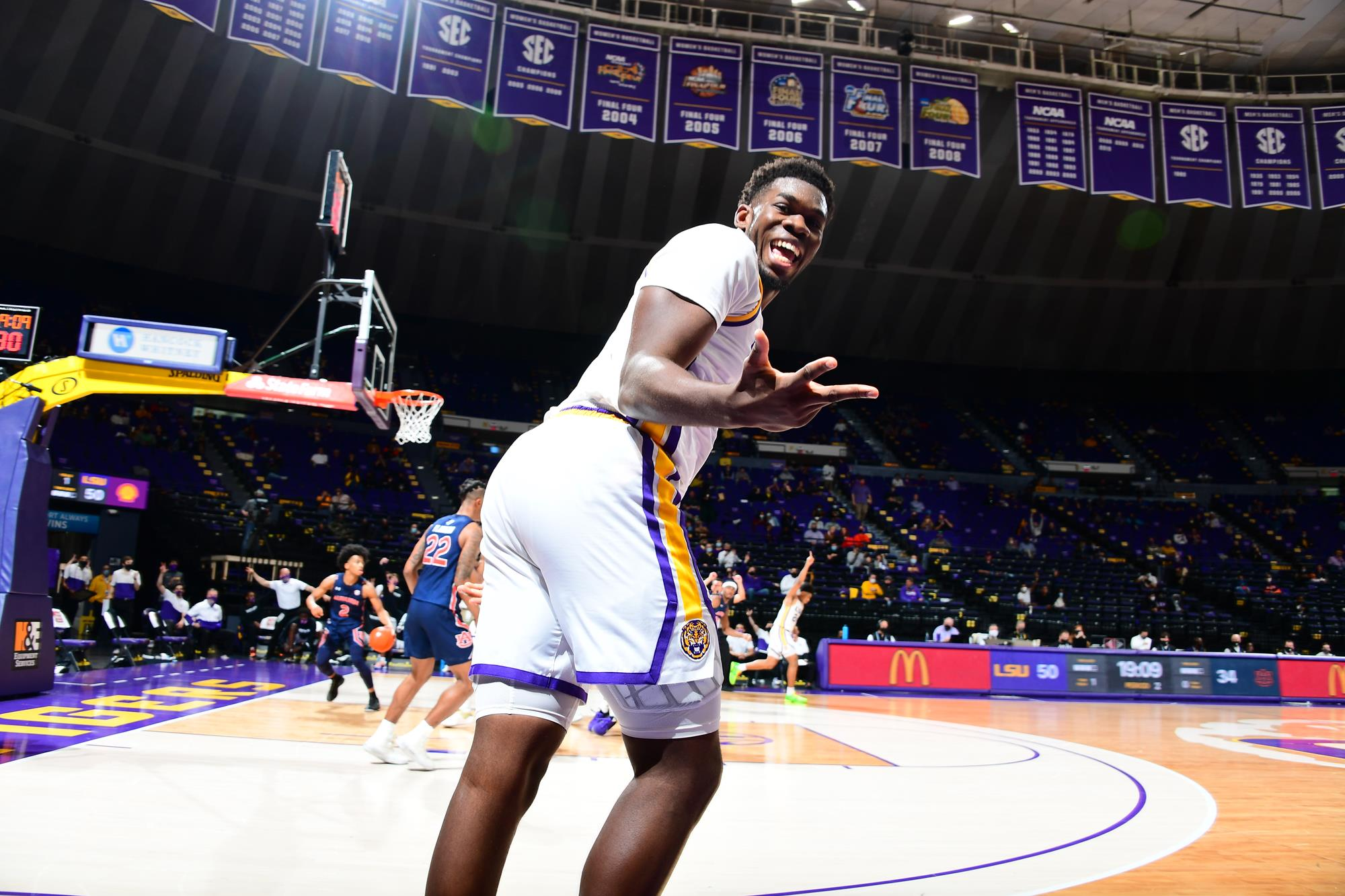 Winners of their last three, the Tigers have been playing with an edge in February.

With a limited number of opportunities left, just a week away from March, each game becomes more important than the last, and they played like they understood that on Saturday with a complete 104-80 win over Auburn at the Pete Maravich Assembly Center.

There’s been sense of urgency — both on the floor and off it — that has them playing their best basketball of the season at the right time.

LSU is a scary offensive team.

Put up 104 today against Auburn.

“We’ve got to finish strong,” said head coach Will Wade. “This was another step. We’ve got a lot of work ahead of us and we have a quick turnaround on Tuesday with Georgia. We haven’t left ourselves much margin for error. We’ve got to stay locked in and ready to go.”

Offensively, LSU’s made some minor adjustments that have paid off in a big way. The Tigers have shown more ball control, they’ve spaced the floor, and they’ve been taking more time with each possession. When teams start to figure you out, Wade says, you need to adjust, and that’s exactly what they’ve tried to do.

“What we were doing before was very, very effective,” Wade said on LSU’s offense. “It may not have been as aesthetically pleasing as people would want, but it was very effective. But other teams adjusted. We had to counter and adjust. When teams adjusted, we needed to adjust and run some longer plays.”

With 3:03 remaining, Eric Gaines lobbed an alley-oop to Josh LeBlanc Sr. to put LSU over the 100-point mark for the first time in an SEC game since 1991-92 and the final bow on Saturday’s victory.

The Tigers came in ready to play fast, especially in transition, posting the most points (104) vs. a conference opponent since 1994, receiving key contributions up and down the scoring sheet, in all shapes and sizes.

Freshman Cam Thomas led with a game-high 27 points, while Trendon Watford finished with 18 and 11, Darius Days tallied 17 and Javonte Smart and LeBlanc had 16 and 12 points respectively. The Tigers forced six steals, snagged 47 rebounds, also shooting 53% from the field and 50% from beyond-the-arc.

It was the brand of basketball that LSU knows it’s capable of playing on any given night. Balanced scoring, better shot selection and stops on the defensive end equal a scary team that not many people want to face.

“I thought our defense led to our offense,” Wade said. “We were able to get the stops. I thought we played pretty well in both phases. Any time you shoot over 50% and hold the other team under 40%, if everything else is somewhat manageable, you’re going to have a great chance to win.”

Gaines and LeBlanc have become consistent contributors that don’t necessarily light up the stat sheet, but do light a fire beneath this team when needed. Gaines scored just two points, but his impact was felt as much as anybody. LeBlanc does the dirty work. He plays with a junkyard dog mentality, this time posting his first double-double of the season with 12 points on 6-of-6 shooting with two blocks.

“He always gives us a big spark,” added Thomas on LeBlanc’s impact. “Defensively and with rebounding. He’s always there to help. His contribution today was huge.”

Like in any team sport, peaking at the right time is always the ultimate goal, and the Tigers feel like they’re gelling at the perfect time.

“I would say that we’re getting more comfortable with each other, trust each other even more,” said Watford. “That’s been a good thing that we’ve been doing for the last few games, and everyone was a contributor tonight.”