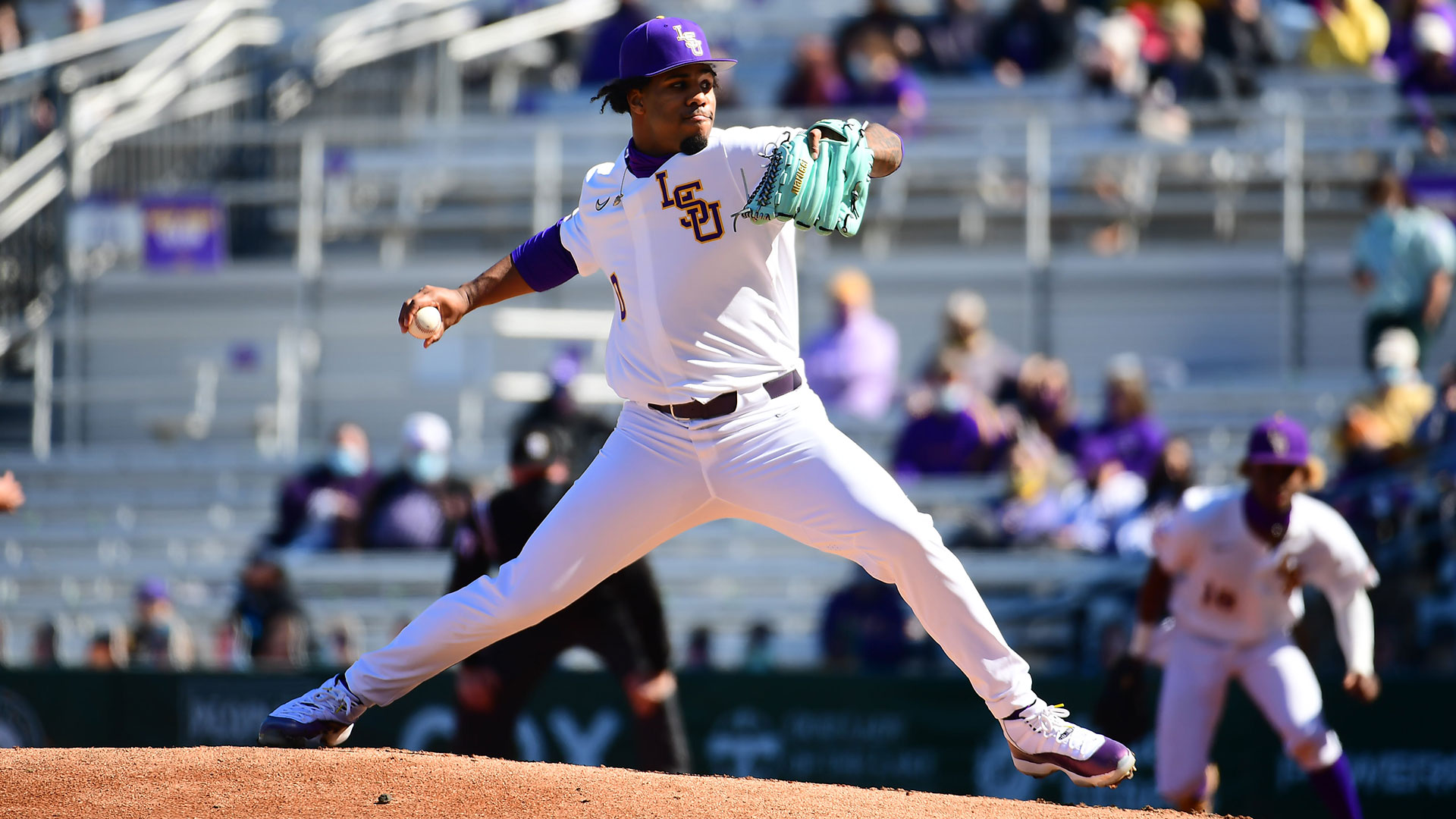 “It’s been so long, almost 350 days, to get back on the field,” head coach Paul Mainieri said. “It was great to have people in the stands and to have my family here. It just felt normal. I am appreciative to get here. I’ll remember today for a long time.”

The Tigers (1-0) return for the second game of their opening weekend at noon Sunday against Air Force (0-1). The game will be available live on SEC Network+ through WatchESPN.com and the app.

“Our whole pitching staff was the story of the game,” Mainieri added. “Jaden (Hill) pitched an extra inning. He had a really good outing after only planning for three. Garrett (Edwards) was great and then Matthew (Beck) said it was the best he felt in five to six weeks so I adjusted the plans for that. He was tremendous today. The whole bullpen was fantastic.”

Air Force’s Stevan Fairburn (0-1) was charged with the loss. Fairburn pitched four innings and gave up just one run on three hits. The junior lefty walked four and struck out a pair of batters.

LSU opened the first inning with a bases-loaded walk by freshman first baseman Tre’ Morgan. LSU left five men on base between the second and fourth innings before crossing home plate again.

In the fifth, Air Force reliever Jason Shuger walked the first two batters and they advanced into scoring position on a passed ball. Giovanni DiGiacamo then singled through the left side to score Gavin Dugas and give LSU a 2-0 lead.

In his LSU debut, Morgan recorded his second RBI with a single to left field. The hit scored Cade Beloso from second and extended LSU’s lead to 3-0.

The Tigers improved their lead to 4-0 in the bottom of the seventh. With the bases loaded, Zach Arnold scored on a sac fly to left field by Cade Doughty.

Air Force’s lone run came in the top of the eighth on a wild pitch.

We’re back today for round ??