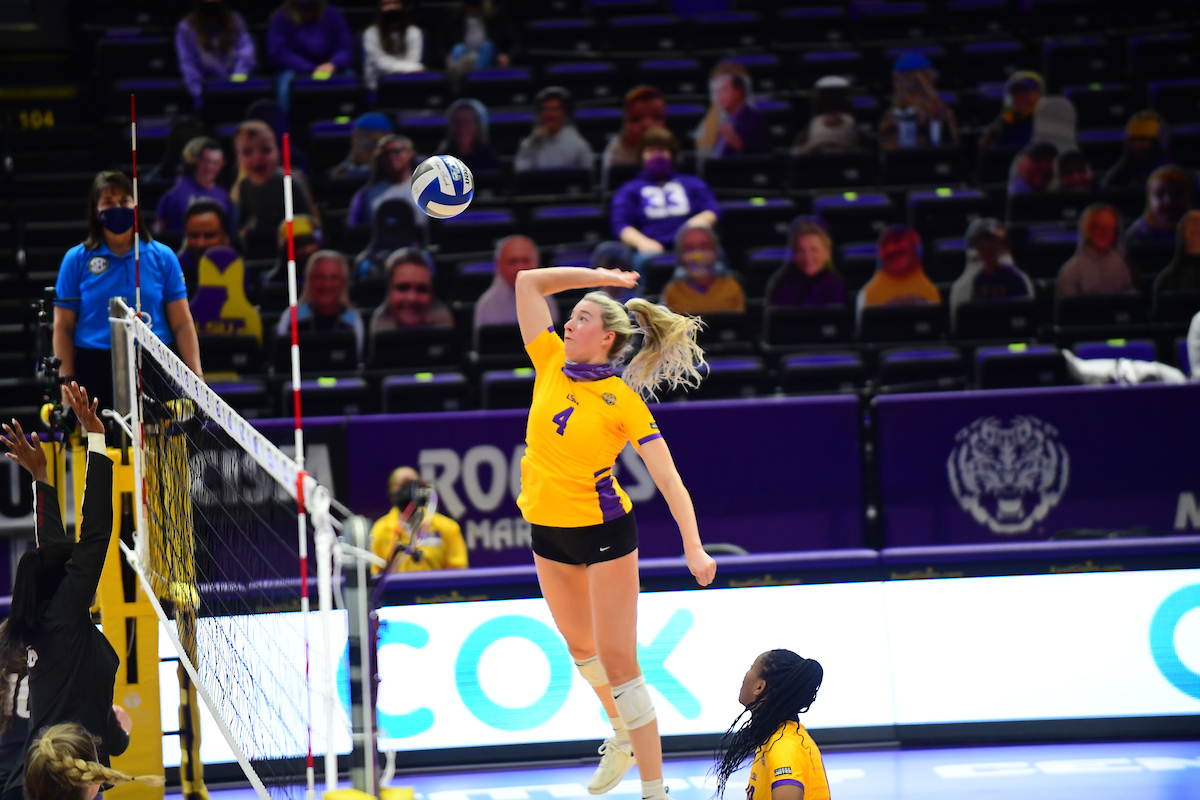 “We decided that we were going to be patient and play on our side tonight,” said head coach Fran Flory. “We did a good job with that. Sixty-five kills is outstanding and it was balanced kills. Whitney Foreman was a super-star through both matches this week and I thought Anita (Anwusi) had some great matches as well.”

The Tigers are set to stay in Baton Rouge next week where they’ll square up in two matches against Ole Miss on Saturday and Sunday, both matches are set to begin at 1 p.m. CT.

The Tigers were able to hand the Arkansas Razorbacks their first loss in five matches in four sets, their explosive offense was led by Taylor Bannister who had a match high 17 kills and eight digs.

Whitney Foreman put on a show for the Tigers where she tallied 12 kills  on 25 attacks with only two errors to record a career-high .435 hitting percentage.

Paige Flickinger tallied 15 kills, seven digs and three aces in the match, and Hannah Brister added 12 digs and 8 kills for the Tigers.

Raigen Cianciulli recorded a match high with 19 digs, adding to her career total and the LSU career record she broke last night. Karli Rose was able to put up four kills, 54 assists, and 13 digs on the match helping with the victory.

“We met with Karli this morning to simplify some things and she executed perfectly,” said Flory.