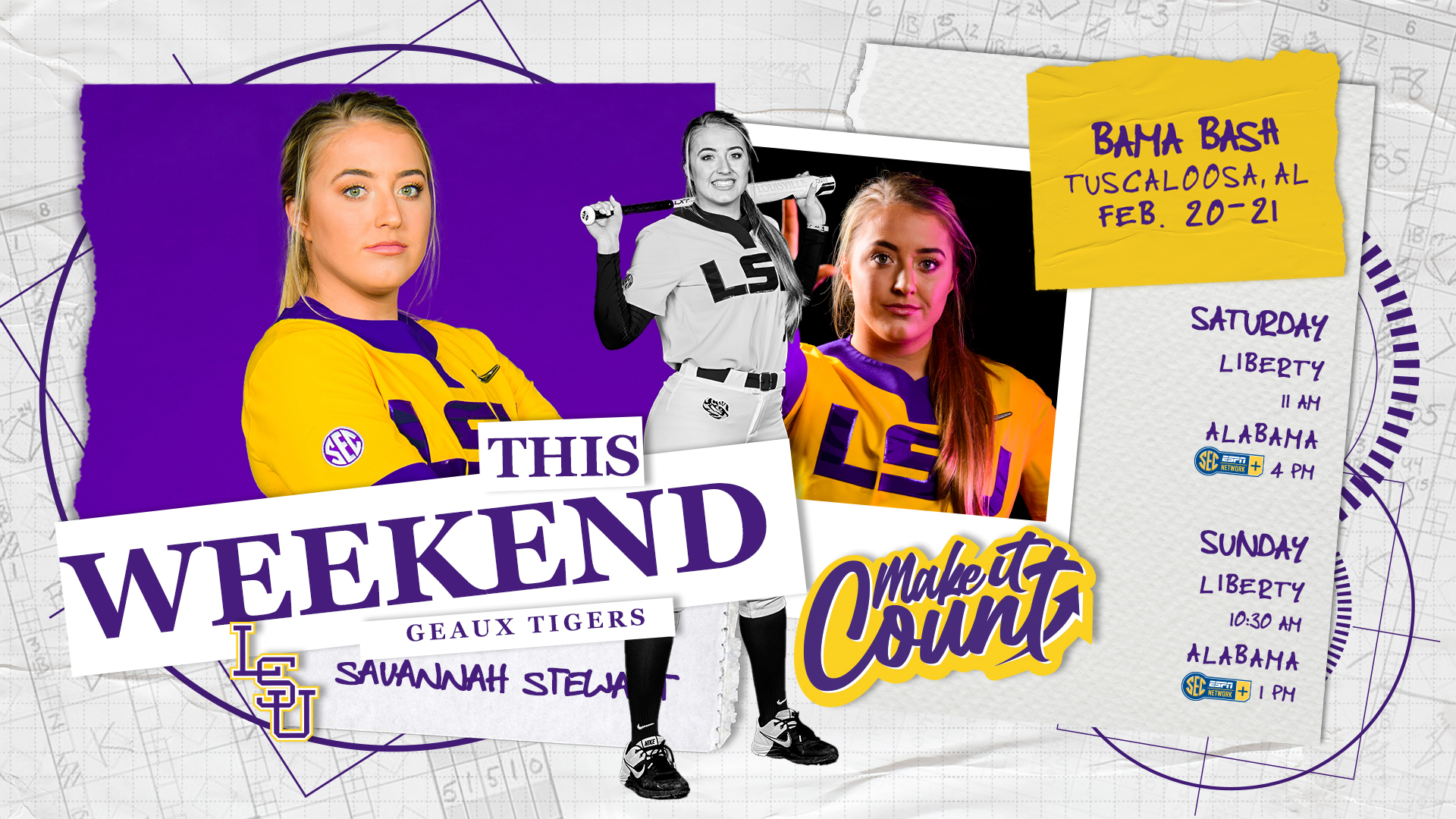 BATON ROUGE – The No. 8/9 LSU Softball team hits the road for the weekend, heading to Tuscaloosa for the Bama Bash Saturday and Sunday. The Tigers will face Liberty and Alabama.

The Tigers will play each team twice and the two games against Alabama will be available on SEC Network+. Click here the full schedule.

About the Tigers
LSU is coming off a 19-3 run-rule win over North Dakota Wednesday. Amanda Doyle leads the team with five home runs in the first four games of the season. She is hitting .571 with 11 RBI. Ciara Briggs is leading the team in batting average at .600 with two home runs and five RBI. In the circle, Shelbi Sunseri leads with a 0.00 ERA. She picked up two wins last weekend and has struck out seven in 8.2 innings of work.

About Liberty
Liberty goes into the weekend with a 6-0 record to start the year, including two run-rules, one over Middle Tennessee State and New Mexico State. Amber Bishop leads the way at the plate for the Flames with a .444 batting average. She has eight hits, including two home runs, with five RBI and has walked five times. Emily Kirby leads the team in ERA at 0.66 and is 1-0 in the circle. In 10.2 innings She has struck out 10.

About Alabama
Alabama also goes into the weekend undefeated with a 4-0 record. After getting canceled at the Texas Classic in Austin, Texas due to weather, the Crimson Tide started off the year with two-run rule wins over Alabama State and Notre Dame. They also picked up a doubleheader win over Louisville. Elissa Brown leads the way at the plate with a .667 average. She has six hits and has scored five runs. She is 9-for-9 in stolen bases. Montana Fouts and Lexi Kilfoyl are both 2-0 in the circle. Both have pitched 11 innings with Fouts tallying 20 strikeouts and Kilfoyl recording 16.

What’s Next
The Tigers will take on Central Arkansas next Tuesday inside Tiger Park. A time is still being determined. The Tigers will then help host the ULL/LSU Invitational. Their first game will be at ULL on Thursday against the Ragin’ Cajuns before hosting Oklahoma State in a doubleheader Friday and Buffalo and ULL on Saturday.