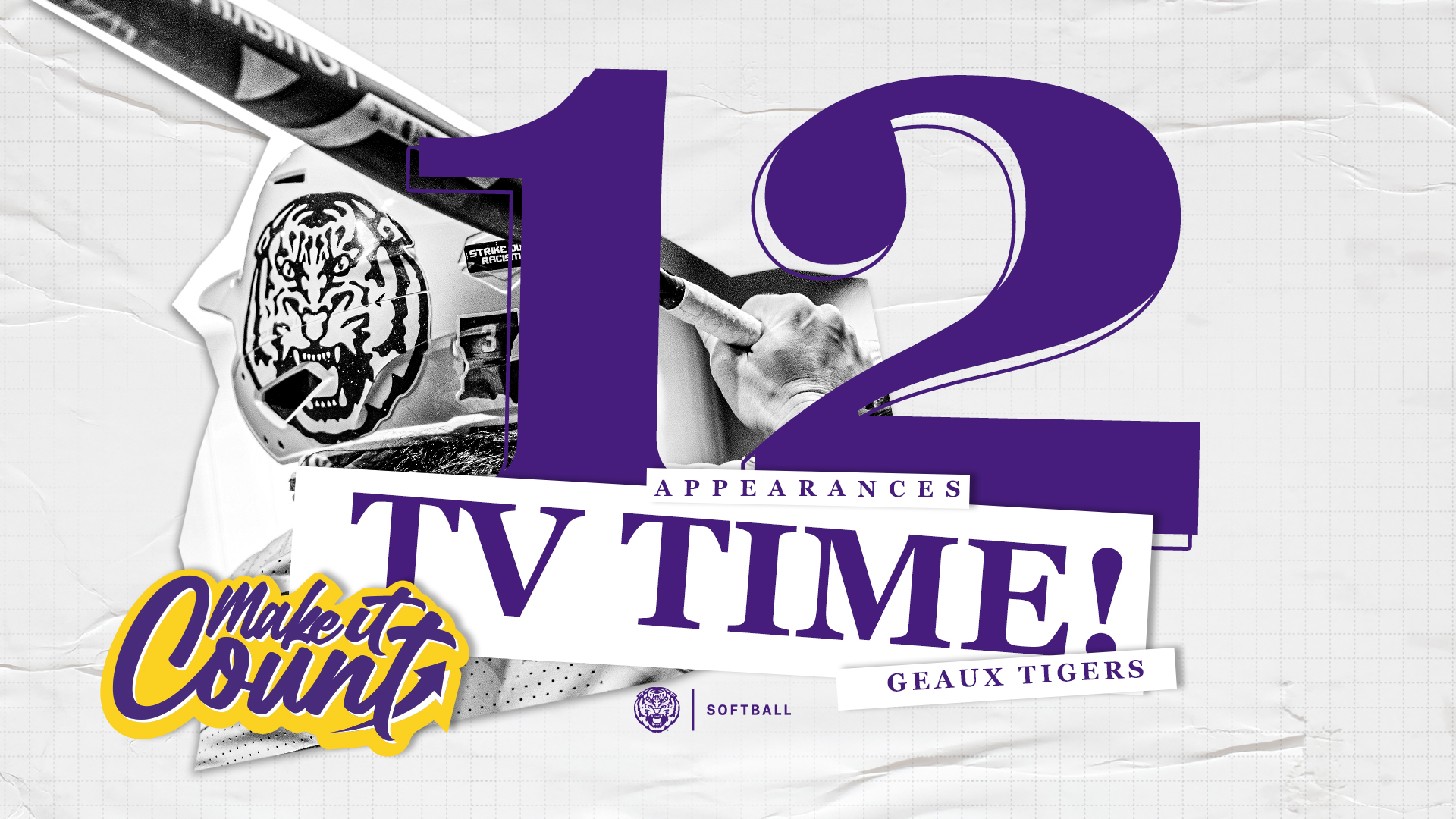 BATON ROUGE – The 2021 SEC television and streaming schedule was announced for the LSU softball team Friday morning and the Tigers will be featured nationally 12 times the rest of the 2021 regular schedule.

The Tigers were already featured on SEC Network in their first weekend, making that 13 total appearances on national television for the regular season.

A total of 79 Southeastern Conference softball games are slated to be televised during the 2021 season. SEC Network will air 45 games throughout the regular season, 11 games are slated for ESPNU, 10 on ESPN2 and one on ESPN.

Our next appearance on national television for 2021 will take place March 5 when the Tigers face Big 12 opponent Texas on ESPN2 at 7 p.m. The final two games of that Texas series will be on SEC Network+.

The Tigers will appear on SEC Network during their first SEC road trip at Tennessee as the Saturday game will be televised. The Sunday and Monday games during the Texas A&M series, March 21 & 22, will be on SEC Network.

LSU’s game at Florida on March 27 will be live on ESPN, the only SEC softball game on ESPN this season. When the Tigers take on Missouri on April 11, the game will appear on ESPNU.

During the final weekend with Auburn, ESPNU will be the broadcast network for the May 7 game.

As in previous years, SEC Network will televise the full SEC conference tournament with the semifinals and championship game available on ESPN2.

The Tigers head to Tuscaloosa this weekend, taking on Liberty and No. 5/6 Alabama on Saturday and Sunday. The two games against Alabama will stream live on SEC Network+. For a full weekend schedule, click here.