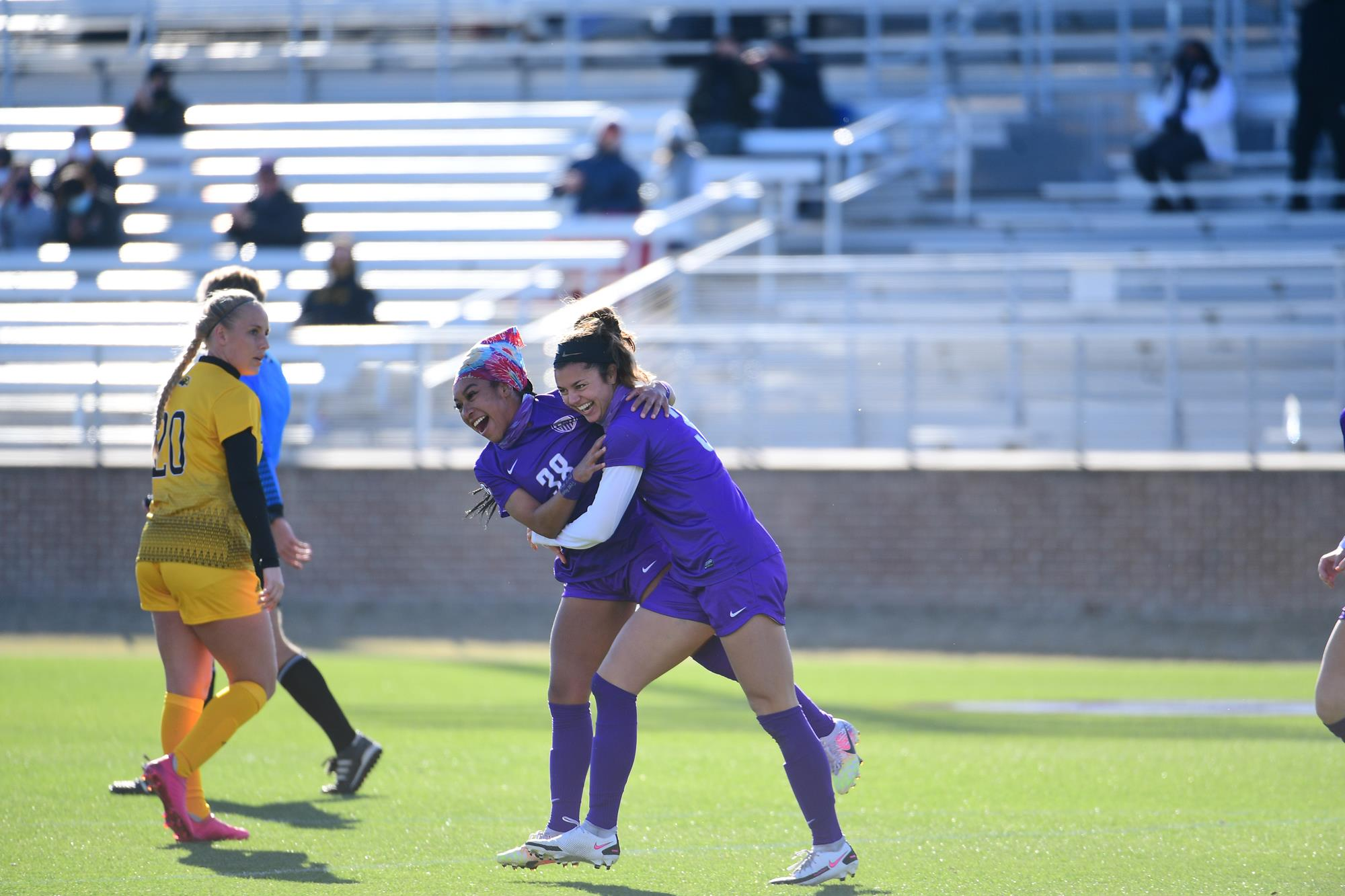 Baton Rouge, La. – The LSU Soccer team (3-7-2) handed the Southern Mississippi Golden Eagles (2-1-0) their first loss of the season after a 1-0 victory on Friday afternoon at the LSU Soccer Stadium. Junior Molly Thompson scored her second goal of the season and the lone goal of the afternoon after getting on the end of a cross from Junior Tinaya Alexander in the 44th minute.

“It was good to get a win under our belt to start the spring season,” head coach Sian Hudson said. “We used many players that we didn’t see a whole lot of in the fall and were able to use different tactics and systems throughout the match. The girls are getting more tactically versatile since we’ve arrived last spring which allowed us to make different changes to our system on the fly and ensure we got the victory.”

The Tigers began the match on the front foot, dominating possession and controlling the tempo of the match. Junior Savannah Mills had LSU’s first chance of the afternoon, receiving the ball outside the box and ripping a shot from 20 yards out, sailing narrowly above the crossbar on the left side of goal. Mills gave Golden Eagles goalkeeper Kendell Mindnich her first test of the afternoon, sending a shot from 30 yards out that required a save. Mindnich was called into action two more times, saving shots from junior Wasila Diwura-Soale in the 27th minute and redshirt freshman Taylor Dobles in the 29th minute.

The lone goal of the afternoon came right before halftime in the 44th minute. Alexander received the ball on the right flank and beat two defenders before charging into the box and skipping by a third defender to send a cross that was met by Thompson, who tapped it in from three yards out. The goal was Thompson second of the season, and seventh of her career. Alexander’s assist was her second of the season, taking her point total to a team-high 12 on the season.

“It was a moment of magic from Tinaya that was met perfectly by Molly,” Hudson said. “She (Molly) played well today and has worked tremendously hard to improve over the winter break and brought that sharpness out to the match and was rewarded with a goal for it.”

The second half saw both teams change goalkeepers, with freshman Bella Zanotelli picking up the gloves for the Tigers in place of Mollee Swift and Sarah Preston taking Mindnich’s spot for the Golden Eagles. Zanotelli registered LSU’s first save of the afternoon, saving a half-volley effort from 15 yards out by Arial Diaz in the 55th minute.

The second half was a back and forth contest in the midfield, with neither teams able to gain control of the match for a lengthy period of time. Junior Shannon Cooke was yellow carded in the 67th minute after a tactical foul to stop a USM breakaway. Alexander received her first yellow card of the season in the 78th minute following a foul in midfield. Southern Mississippi’s Nolubabalo Sishuba was the Golden Eagles’ lone yellow card of the match, receiving it for a foul after attempting to win a header.

Zanotelli made two more saves towards the end of the match, both in the 86th minute, to secure the shared shutout for herself and Swift and clinching a 1-0 victory for LSU; it is LSU’s second shutout victory of the season.

The Tigers outshot the Golden Eagles 11-7, and led the corner count by a 7-2 margin. Mills made her first start in Purple & Gold, playing 62 minutes on the righthand side in both defense and attack.

“Savannah was fantastic in her first start for us,” Hudson said. “Like Molly, she worked tremendously hard over the winter break and came back into the fold in the spring energized and lighting a fire through the team.”

Junior Grace Haggerty made her debut in Purple & Gold, coming on a substitute in the 40th minute for a five minute appearance. Freshmen Brooke Cutura and Cass Romero made their collegiate debuts, coming on as substitutes in the second half for 23 and 19 minutes of action.