Volleyball Falls in Four to Arkansas 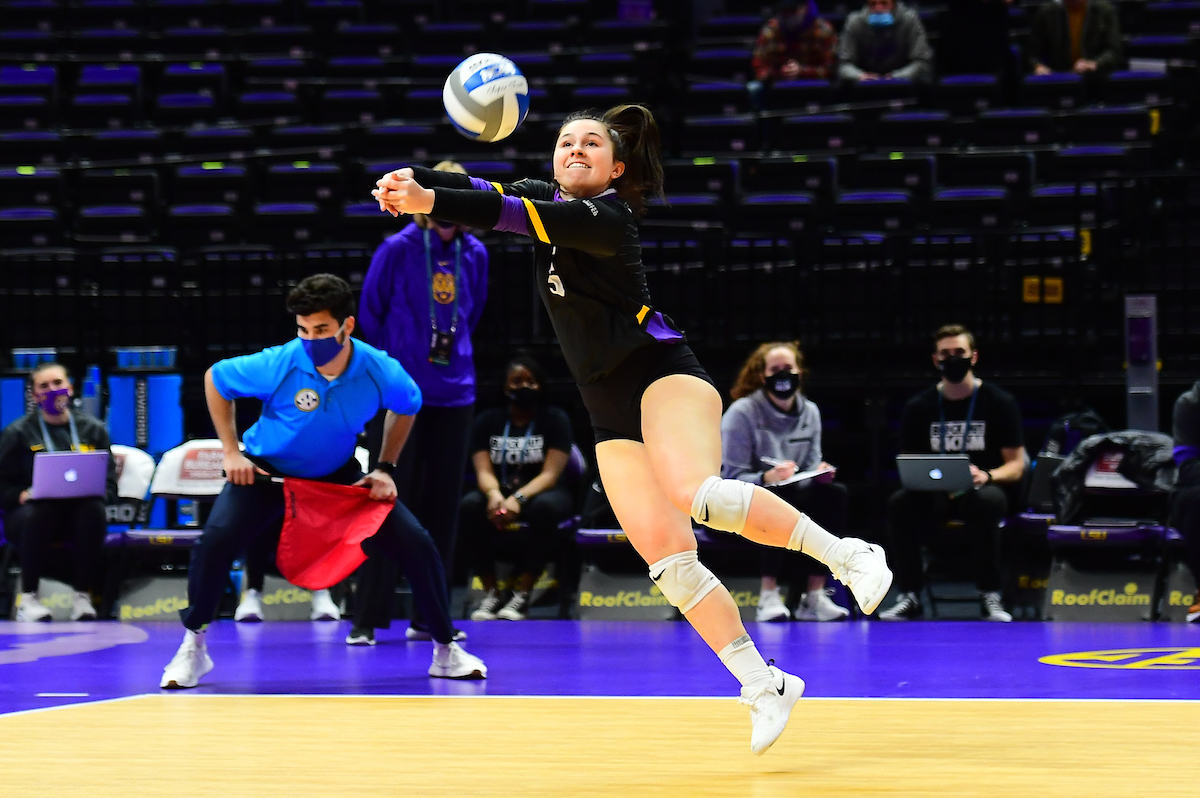 The Tigers fall to 3-8 on the season while Arkansas moves to 11-4. The two teams will face off again on Friday at noon and the match with air on the SEC Network.

The Tigers were back in action in the PMAC for the first time since last October and quickly found their rhythm on their home court with explosive offense to begin the first set. After LSU took the first set thogh, Arkansas took the following three to win the match.

Libero Raigen Cianciulli made history tonight for the Tigers, becoming the all-time digs leader in program history when she recorded her ninth dig of the match in the second set. She finished with a match-high 17 digs.

Whitney Foreman and Anita Anwusi both contributed seven kills on the match for the Tigers.

Arkansas’ Jillian Gillen and Taylor Head each had 12 kills to lead the Razorbacks. Both had double-doubles with 12 and 14 digs, respectively.