No. 2 Gymnastics Travels to Tuscaloosa for Top-10 Matchup 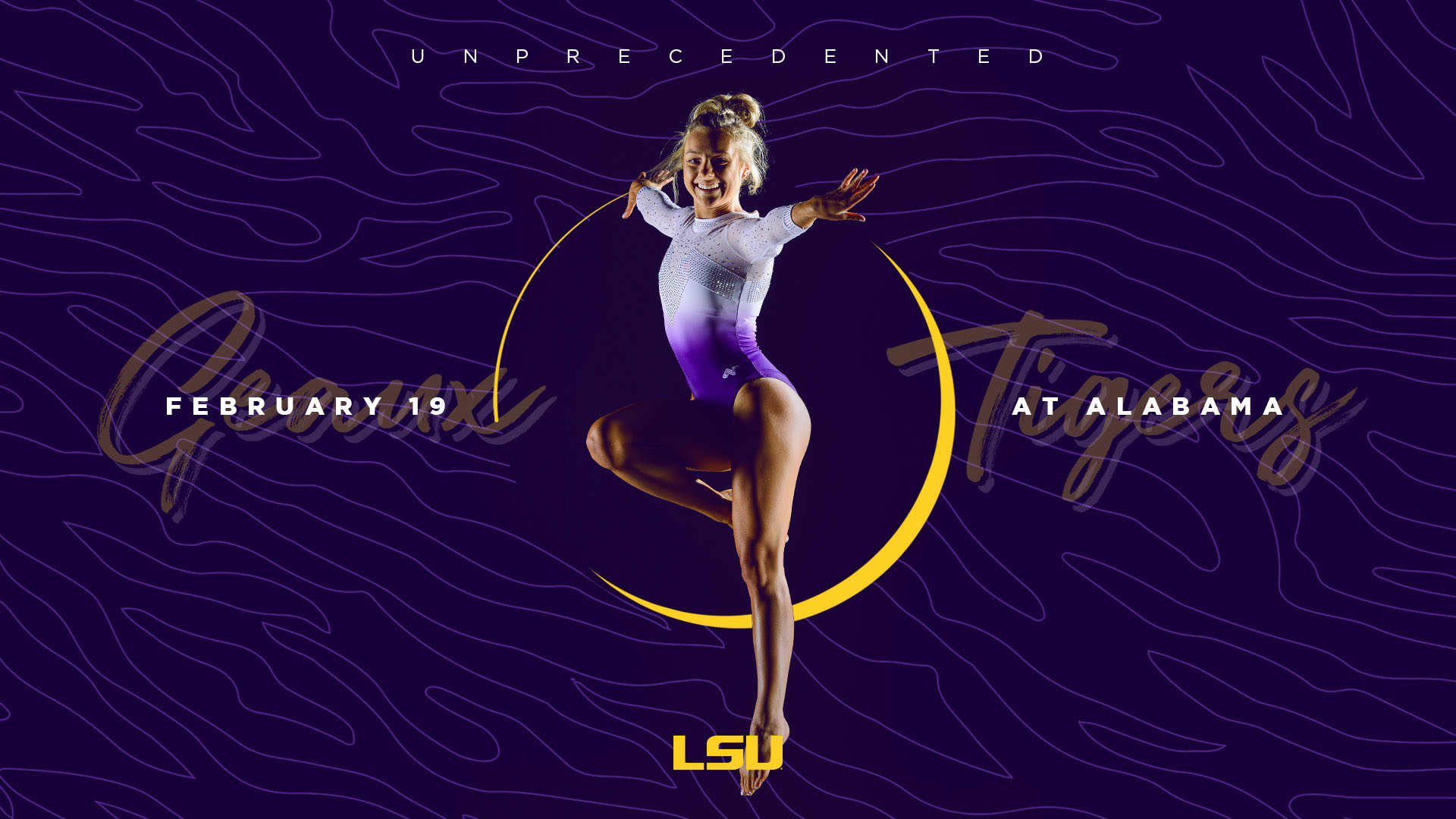 TUSCALOOSA, Ala. – The second-ranked LSU gymnastics team (4-1, 3-1 SEC) returns to the road for another top-10 matchup against No. 6 Alabama at 7:30 p.m. CT Friday inside Coleman Coliseum.

The meet will be streamed live on SEC Network+ through WatchESPN.com and the app. Bart Conner and Kathy Johnson Clarke will have the call. The meet will be tape delayed and also air on ESPN2 at 6 p.m. CT Sunday.

“There is no rest for the weary in this SEC schedule,” head coach Jay Clark said. “This team is in a good mindset and has really good energy after the meet last week and with the disruptions from the weather. We had a really good intrasquad yesterday, and I know they will be ready to go tomorrow night in Tuscaloosa.”

The Tigers are coming off a season high 198.050 against No. 1 Florida a week ago. The score is the third highest in the country this year and the 13th time an LSU team has scored a 198 or higher.

Against the Gators, LSU gymnasts earned 13 scores of 9.925 or higher. The Tigers also scored season highs of 49.600 on vault and 49.550 on bars and beam. The vault and bars scores are the second-highest in the nation this year.

LSU owns top-five rankings on all four events with the Tigers sitting at second on beam and floor, third on bars and fourth on vault. Seniors Sami Durante and Bridget Dean rank fourth on bars and 10th on beam respectively. Freshman Haleigh Bryant is ninth in the all-around and fifth on vault.

Since defeating Alabama in Tuscaloosa for just the third time in school history in 2015, LSU has won 12 of the last 16 meetings. The Tigers have won three-straight in Tuscaloosa after only winning in 1976 in 2009. Alabama leads the all-time series, 97-29-2. The two schools have meet every year since 1981 and all but a three-year stretch (1978-80) since the LSU program started in 1975.