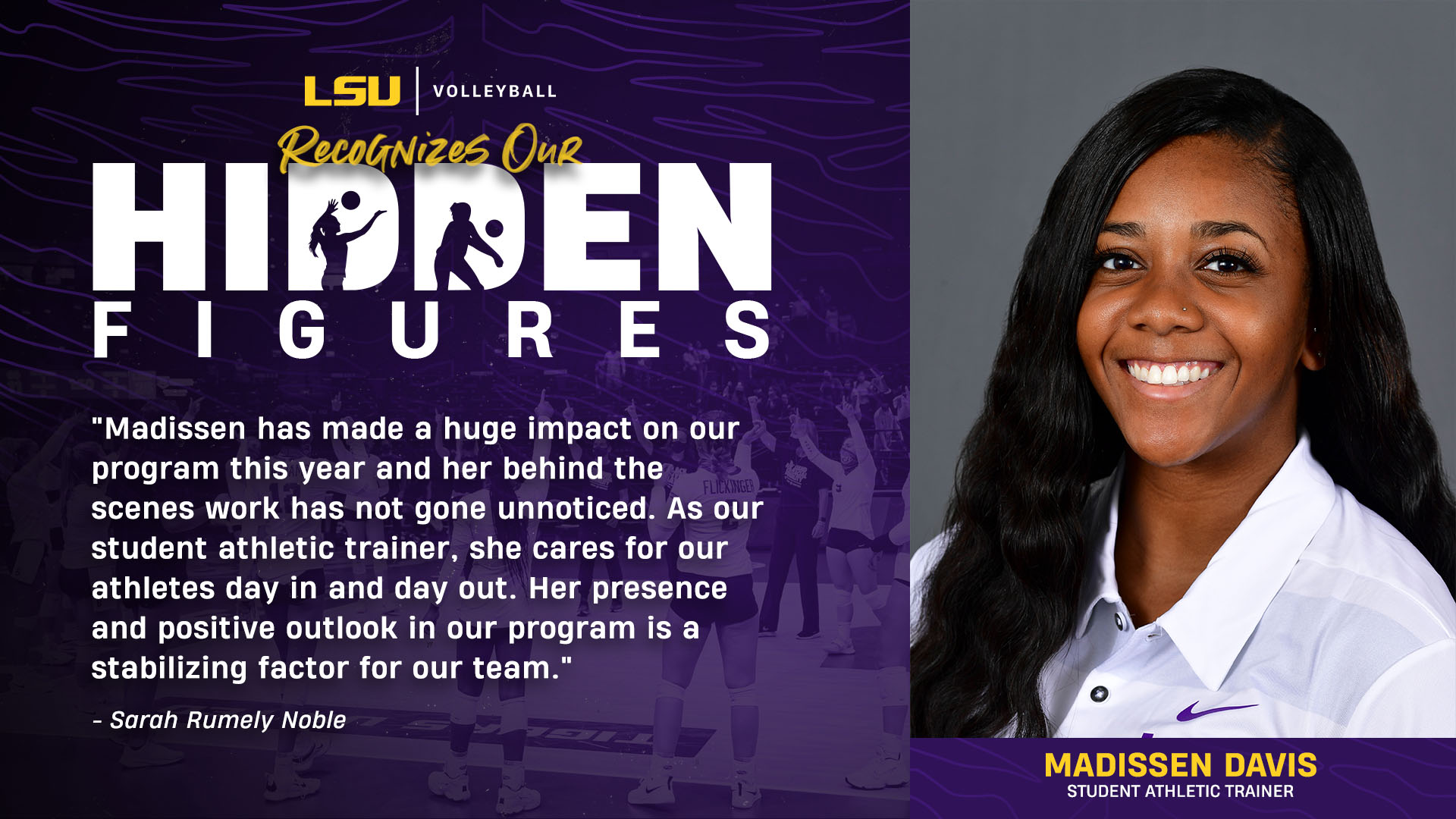 For any collegiate sport to function in the 2020-21 season, there is a lot of work that takes place behind the scenes in order for the team to operate successfully. Student Trainer Madissen Davis is one of the many individuals who puts this work in behind the scenes to make LSU Volleyball happen.

Early mornings, late nights, COVID-19 protocols, undergrad classes, and studying for her board certification exam, Davis manages more than most while helping to prepare the Tigers.

“She is the driving force behind this program,” head coach Fran Flory said. “It’s the people behind the scenes that make it work, that do the work and don’t get a whole lot of credit or aren’t acknowledged even at times. Madison has just shown an intense work ethic. She has been super, super resourceful and super engaged with our kids.”

Described as diligent and professional by her peers and coworkers, Davis spent her first two years in athletic training working with football and swimming and diving before starting the transition into volleyball.

Davis maintains a larger role than most undergrad trainers ever see. She has used her positivity and hard work to carve a big position and trust with in the program despite the pandemic and uncertainty of the season at times.

“I’m just trying to stay positive and letting them know that their season is not over,” Davis said. “I’m just trying to keep them strong outside of just practice, if they need any rehab, just stay strong and ready for whenever they can suit up.”

Whether it’s studying at courts while the team is practicing, preparing water, or wiping and sanitizing in order to meet COVID-19 guidelines, Davis is as prepared as she is positive.

“There are little things that she impacts beyond her trainings,” said Flory. “If you call her name, there’s an immediate smile on her face.”

“Ever since I tore my hamstring, I just decided that maybe I don’t want to participate in sports anymore,” Davis said. “And at that time, since I did tear my hamstring, I was with our AT (Athletic Trainer) at the high school a lot.”

After observing her own trainer and having her experience recovering, Davis began shadowing and enrolled in her school’s athletic training program. Subsequently she pursued it in college, ending up at the school she always wanted to go.

After Davis graduates this spring, she will be taking her Board Certification exam and heading back to Texas. She already has earned a position at Baylor University and will earn a Master’s in Sport Pedagogy. Davis will start as the head athletic trainer for two years at a high school to kickstart her career.

Davis has and will be a crucial driving force behind the LSU Volleyball team throughout the spring season. The team enjoys her presence on a day-to-day basis as an organized and detail-oriented trainer. The Tigers wouldn’t be the same without her hard work and distinct qualities. She brings a great mindset to the volleyball program and helps to keep pushing forward through the uniqueness of this season.

Her work takes place out of sight, but the result is evident for anyone who watches the team.