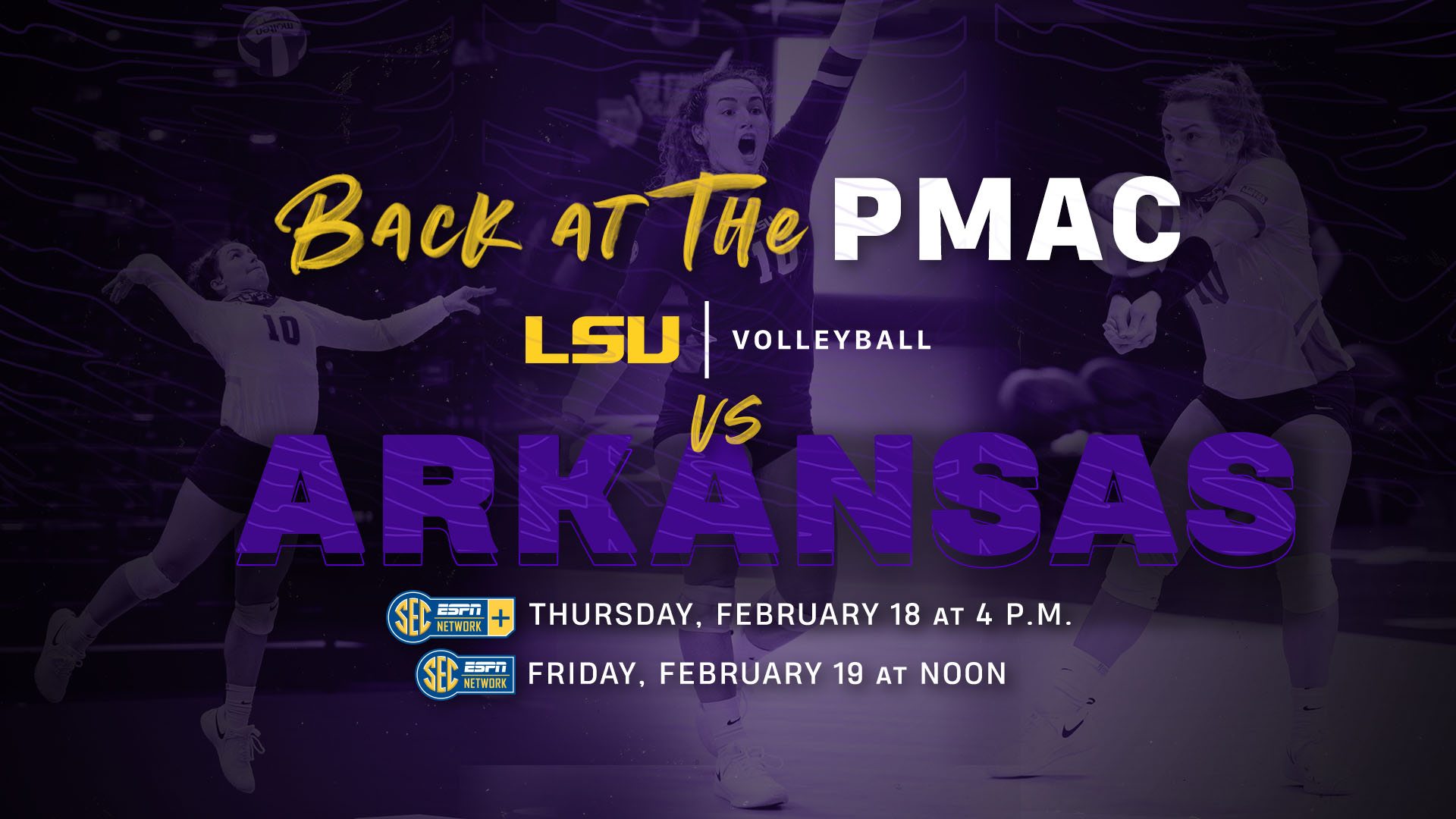 BATON ROUGE – LSU Volleyball (3-7) will be back in the Pete Maravich Assembly Center on Thursday and Friday to host Arkansas (10-4) for a couple of matches.

“Our team is excited,” said head coach Fran Flory. “We’ve had some good matches on the road, but it’s going to be fun to be back home.”

LSU is coming off two matches it dropped at Florida last week. The Tigers are looking for their first win this spring and they will have an opportunity to do that in the comfort of their home gym, playing in the PMAC for the first time since they hosted Mississippi State on October 22 – a match the Tigers won.

“We have to play on our side of the net and be efficient and score our own points,” Flory added. “We did a good job last week forcing Florida to score points. The flipside of that – to win the match, we have to score our own as well. That’s the piece that was missing and that’s what we worked on this week.”

Senior libero Raigen Cianciulli has a chance to make history for LSU this week with the opportunity ahead of her to set the program record for digs in a career. Haley Smith, who played for the Tigers from 2012-15, is the current record holder and she had 1,593 digs during her career. Sitting at 1,585 career digs, Cianciulli needs only nine digs to become the sole record holder.

Arkansas has not lost since the season kicked back into gear for the spring semester. The Razorbacks took down Alabama last week and are currently third in the SEC. To get to that No. 3 spot, Arkansas has played consistent volleyball, excelling especially from the service line to lead the league with 1.81 Aces Per Set. They are also No. 2 in the SEC when it comes to digs per set (15.47).

“Arkansas is a nice, balanced team who are great volleyball players playing in a great system so it will be a good challenge for us,” said Flory.

The SEC’s two top servers will go head to head this week with LSU’s Taylor Bannister and Arkansas’ Jillian Gillen tied for the SEC lead with 0.53 Aces Per Set.