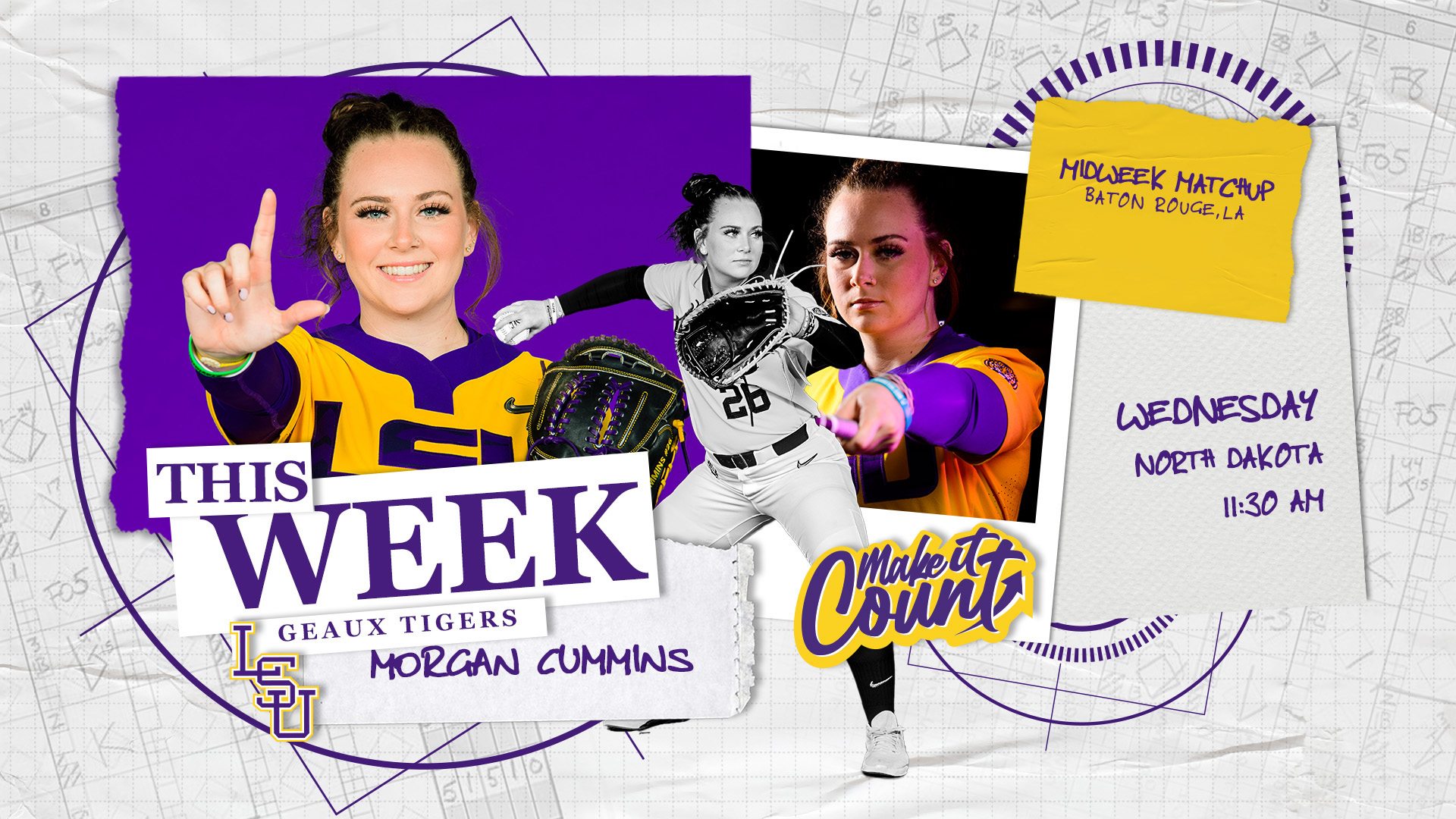 The game was originally scheduled for 6 p.m. but due to rainy conditions Wednesday evening the game was moved to 11:30 a.m. Live video of the game will not be available on SEC Network+ due to the time change. To follow along, live stats will be available at LSUstats.com.

About the Tigers
The Tigers are coming off a 2-1 weekend, claiming wins over McNeese St. and Kansas. Their lone loss of the weekend came against previously ranked No. 25 Duke.

Amanda Doyle, Ciara Briggs and Shelbi Sunseri led the way for the Tigers over the weekend, each hitting .500 over the three games. The three also combined for seven of the nine home runs hit on the weekend. Doyle finished the weekend with a home run in each of the games, while Briggs hit her first career-home run in the season opener.

Sunseri led the Tigers in the circle as well, posting a 2-0 record with a 0.00 ERA. She also had the home run to end the season opener against McNeese in six innings.

About North Dakota
North Dakota went 1-3 in the opening weekend, claiming its lone win over Southern Miss on Sunday. Jailene Carpio led the squad with a .300 average at the plate. She went 3-for-10 with a run scored. They score just five runs in their four games. Jannay Jones was the winning pitcher this weekend. She finished with a 1.20 ERA and tallied five strikeouts on the weekend.

What’s On Deck
The Tigers will hit the road this weekend for the first time this season, heading to Tuscaloosa for the Bama Bash. The Tigers will play two games against Liberty and Alabama. For a full weekend schedule, click here.