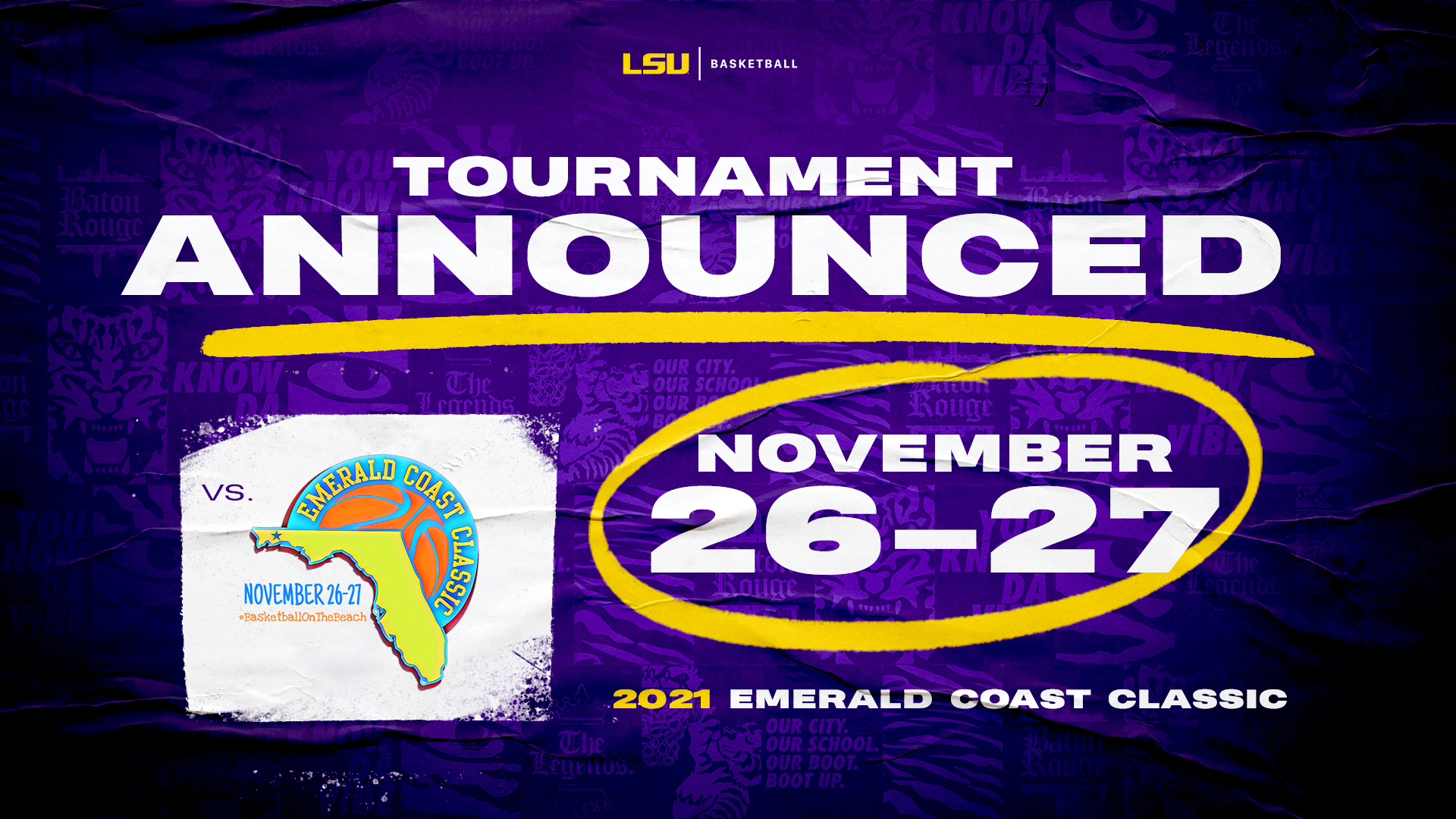 NICEVILLE, Florida – The LSU Tigers will be part of a strong four-team field announced Monday for the 2021 Emerald Coast Classic basketball tournament, presented by Global Sports.

The tournament will be played Thanksgiving weekend Nov. 26-27 at The Arena on the campus of Northwest Florida State College.

LSU is presently 13-6 this season heading into a Thursday game at Ole Miss and is tied for second in the SEC at 8-4. The Tigers advanced to the Sweet 16 in 2019 and is looking for its second straight NCAA Tournament bid in 2021.

It will be a homecoming of sorts for Wake Forest head coach Steve Forbes, who served as head coach at Northwest Florida State College from 2011-13, guiding the Raiders to a 62-6 record.

Wayne Tinkle has guided teams to four NCAA Tournament appearances during his 15 years as a collegiate head coach including leading Oregon State to the 2016 NCAA Tournament.

“The reputation of our tournament has allowed us to continue to attract some of the top basketball programs in the country,” said tournament director Maury Hanks, chief executive officer of Global Sports. “We continue to strive to bring the best college basketball teams possible to the Emerald Coast of Florida.”

The tournament was canceled in 2020.