Smart Provides Spark for Tigers in Win Over Tennessee 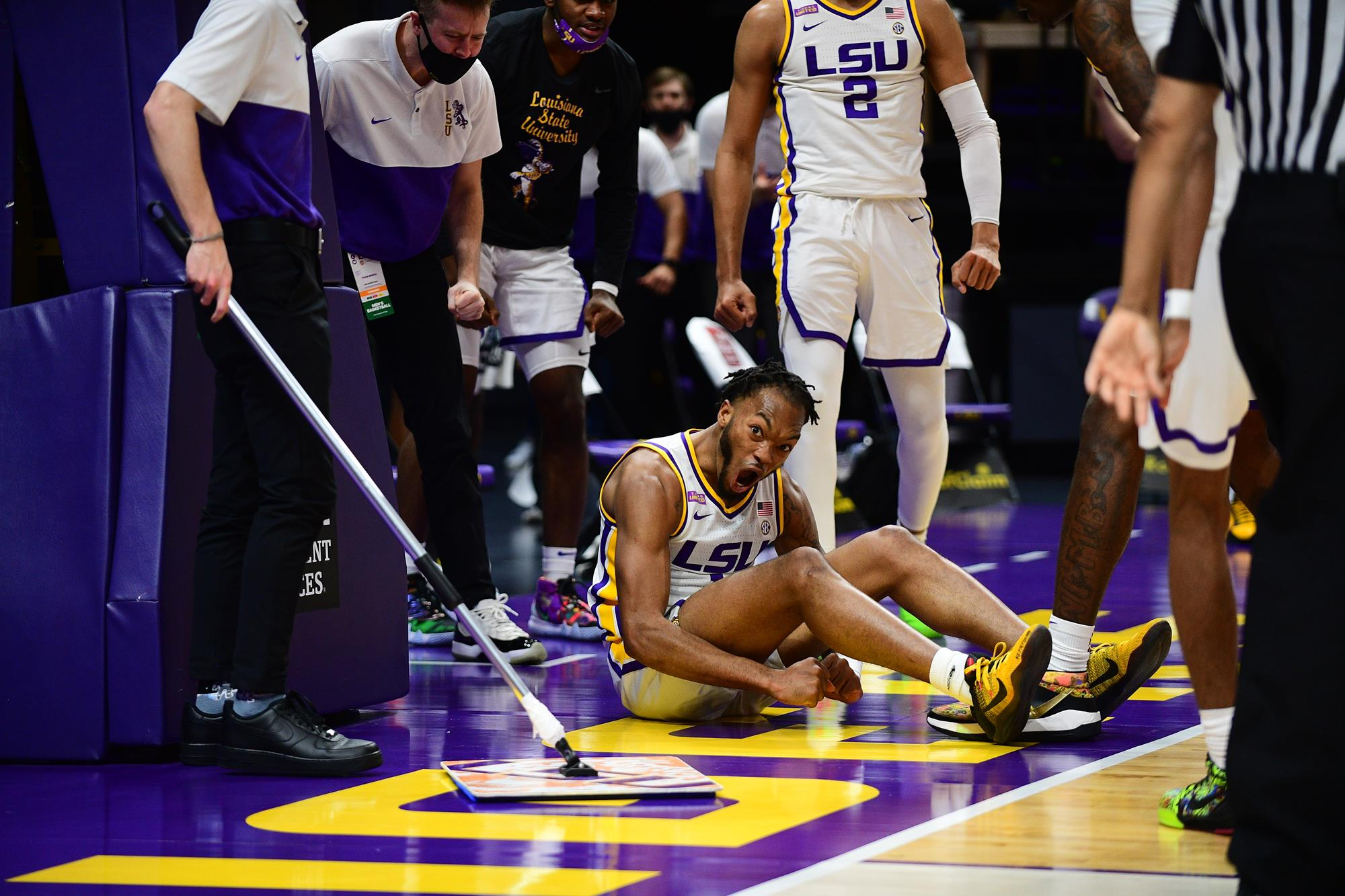 He doesn’t exactly know why, but the stats prove it. It’s nothing personal, but when he sees orange and white in his peripheral, he elevates his game, and he took off again on Saturday.

Smart averages 23.3 points and 4.7 rebounds over three years of play against the Volunteers. There’s just something about them.

“It’s something about (Tennessee) with him,” said Darius Days on Smart. “He had a great game freshman year and a crazy game last year. There’s just something about Tennessee because he loves playing against them. I’m glad he’s on my team and he’s my point guard.”

Smart posted yet another 20-point game in this year’s contest to provide the Tigers with a spark and a much-needed Quad 1 victory at the Pete Maravich Assembly Center. Freshman Cam Thomas recorded a game-high 25 points, too, while Darius Days added 14 and Trendon Watford had 9 of his own.

There were a lot of winning plays that won’t make the highlight tape that were difference makers for LSU down the stretch. Josh LeBlanc didn’t record a single point, but his impact defensively was invaluable. Eric Gaines only scored once, but his ability to pressure the ball and create steals was crucial.

“There’s a lot of little things he does that people don’t notice,” Wade said on LeBlanc. “His length is able to take away passing angles. He probably deterred six or seven post passes that would’ve led to layups or easy looks for them.”

JUNKYARD DOG AT ALL TIMES

Aundre Hyatt made the most of his minutes, which has seemingly become commonplace for the sophomore guard. He’s not going to stuff the sheet, but he is going to do his job. He went for eight points on 2-of-2 shooting with eight rebounds. You need guys like Hyatt on your team.

It’s become clear that LSU plays its best basketball when the energy comes in all shapes and sizes. And while the energy is needed everywhere on the floor, it all starts in one place: the defensive end.

That’s where the spark is lit.

Bringing the energy and proving you want it more with hustle plays and intensity has been the recipe to success for the Tigers all year. They just need to bottle it up and find some consistency with it. They found the formula this afternoon, posting one of their best defensive efforts of the season when they needed it most.

“We’re going to score the ball,” said Smart. “We have a lot of scorers. We just harp on defense. Once everybody buys in and locks in (defensively), I think this team has a chance to do something great. That’s when we’re at our best.”

Wade told the team that if they want a different result than what happened against Texas Tech, Saint Louis and so forth, they need to be first on the floor, take some charges, and come up with those loose balls. The Tigers aren’t the most physical team, but they’ve improved in that area over the last two games.

After losing four out of five, Days said Coach Wade has been a little bit more on edge in practice than he normally is. Practices have been a little longer and little bit more tiresome, but Days thinks that paid off today. The team had a meeting after the Alabama loss, a meeting where Wade did most of the talking, about how things need to go moving forward. He thinks they responded well and have been better since then.

Every team hits a slump, but you want to play your best basketball in February and March, and Saturday was a step forward, not back.

“We needed some Quad 1 wins,” Wade said. “The thing about our resume is we don’t have any bad losses. When you don’t have bad losses, you just have to pick up quality wins. We’ve got to keep building off this. We dug ourselves in a hole and we still have a lot of work to do.”